Originally published in the June 2017 issue 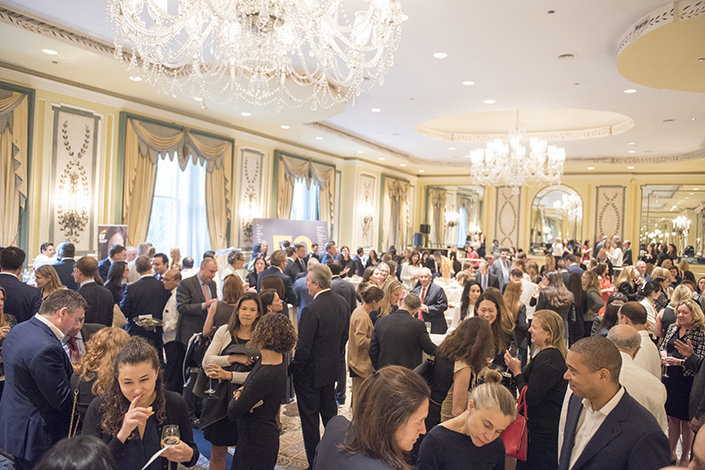 More than 200 guests attended a reception hosted by The Hedge Fund Journal at The Pierre Hotel in New York on 31 May 2017, to celebrate the publication of the 2017 edition of the 50 Leading Women in Hedge Funds report. Most of the US-based women featured in the 2017 report were at the reception along with their guests. A parallel event held in London, on 6 June 2017, took the form of a dinner for 130 guests at the Avenue in St. James’s Street. Most of the European-based women featured in the 2017 report were at the dinner along with their guests.

“This is the 5th edition of this biannual report and interest in the report continues to grow. We hold events in New York and London to accompany the launch of the report and both events – New York on 31 May and London on 6 June – were sell-outs. We are very grateful to EY who have sponsored the last four reports,” said Rod Sparks, publisher of The Hedge Fund Journal.

The report’s author and Contributing Editor of The Hedge Fund Journal, Hamlin Lovell, spoke about the methodology behind the compilation of the 2017 report and summarised the entries. “Some forty-five women in this report have not appeared in previous reports, published in 2015, 2013, 2011 and 2010. No less than twenty-one women in this report are portfolio managers of hedge funds. Eight women work in sales, investor relations or marketing. Seven are practising lawyers. Four are COOs. Three work for prime brokers. Two are risk managers, two are allocators, one is a finance director, one a regulatory consultant and one a researcher. Clearly women have attained the highest echelons right across the hedge fund industry,” he said.

Natalie Deak Jaros spoke at the New York reception and Gillian Lofts spoke at the London dinner, about EY’s global recognition in the industry for diversity and inclusiveness, and about various industry groups worldwide that EY are involved with.