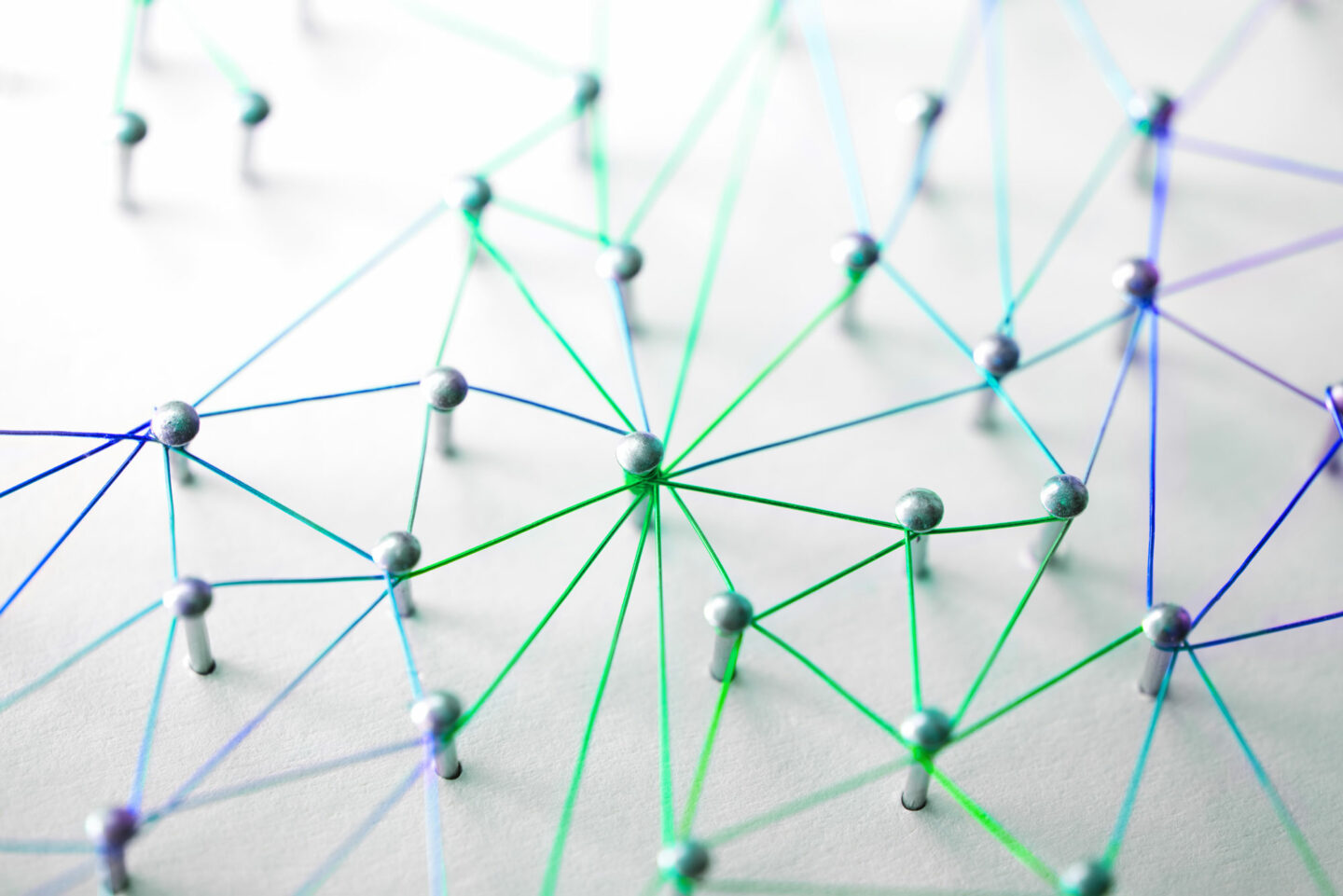 Directional commodity traders may attract more headlines from surging bull markets, especially in iron ore, coal, natural gas and agriculturals, but some arbitrageurs are also posting extraordinary returns with no real correlation to the underlying commodities.

BlackBird AlphaSpread has received The Hedge Fund Journal’s 2021 CTA Award for Best Performing Fund in 2020 and over 2 and 3 Years, in the Discretionary Commodity Arbitrageur category, using data supplied by Preqin. We categorise the strategy as discretionary because discretion is used to pull the trigger on trades, though it could also be perceived as a “hybrid” between discretionary and quantitative. There is an extensive quantitative analytical framework using technical and fundamental inputs, and quantitative signals account for around half of trade exits.

Owning out of the money call options is both a strategy in its own right and a tail risk hedge. It has made an important contribution to returns.

Long only and long-biased commodity strategies – including some trend followers – have generated strong returns in the second half of 2020 and first half of 2021. BlackBird has made most of its returns from its core relative value strategy but has also ended up with some directional exposure via the delta of options.

As strong performance has continued into 2021 return drivers have included long option exposures. “Owning out of the money call options is both a strategy in its own right and a tail risk hedge. It has made an important contribution to returns, both directly and indirectly. The calls have generated profits, making up roughly 30% of first half 2021 P&L, as several agricultural markets have rallied. They have also helped the strategy to remain invested in relative value cross market and term structure trades that can be dislocated by volatility shocks and macro factors,” says BlackBird Asset Management founder and portfolio manager, Olivier Merle.

Some of BlackBird’s key markets are entering new episodes in terms of their key drivers. “The bull market in agriculturals was somewhat unique in being triggered by a demand shock from China, rather than the more common causes of supply shocks due to lower harvests or weather shocks. The last demand shock we saw was when the Soviet Union made a surprise purchase of US harvests,” recalls Merle.

Climate and weather volatility has come to the fore again in 2021: “The droughts in Brazil and Canada in 2021 have been big weather events. Brazil will see much lower corn production after droughts and some frosts and people expect very low wheat and canola output from Canada, which is closest to the North Pole where global warming is most serious,” says Merle

The fund, which now houses all investor assets in the strategy, is closed to new investment, but multiple initiatives may at some stage open up capacity; the investment universe is being expanded, new algorithmic execution methods are being rolled out, counterparties are being added and the fund may start trading OTC markets such as swaps, options, and volatility.

BlackBird’s choice of markets is designed to maximise liquid opportunities for its range of relative value trades: product, geographic and calendar spreads. The strategy started trading only agricultural markets, which offer huge variety in terms of grains, oilseeds, softs and meats. Agriculturals, traded on seven exchanges across the US, Europe and Asia, still make up 75% of the investment universe, but energy is now 20% and metals are 5%.

“In energy, contracts traded include Nymex WTI oil, Brent crude oil, Dubai oil, heating oil and gasoil in the US and Europe. These can provide geographic spread trades: the fund has been short of US heating oil and long of European gasoil. The energy complex can also be a source of crack spreads such as crude oil versus heating oil just as we trade the “crush spread” of soybeans against soybean meal and soybean oil,” says Merle. He is not yet trading Abu Dhabi’s new Murban oil contract, which launched in March 2021, partly because he generally needs two years of data history.

BlackBird has already started trading the European Union Emission Allowance contracts that have moved from the UK-based ICE Futures Europe to the Netherlands based ICE Endex. “Emissions can be used for calendar spread trades and for triangular product spreads involving gas and coal relative to electricity. The carbon differential between gas and coal is hedged using the emissions contract. Coal however is not very liquid or easy to trade, despite being a huge market in terms of consumption,” says Merle.

European electricity markets are being researched and could be added. France, Germany and Italy offer monthly contracts, which are easier to trade and less volatile.

There could be potential for other trades between different markets. Merle has modelled links between energy and agricultural contracts such as raw sugar but has not yet identified any trades.

In metals only the most liquid precious and base metals markets: gold, silver, copper, and iron ore (on the Singapore exchange) are traded, after testing with small volumes for a few years. “Term structure is the main trade type since there are not opportunities for cross market trades. Platinum and palladium are not liquid enough, and do not have a liquid term structure,” explains Merle.

Merle is researching Chinese commodity markets, which are steadily becoming more easily accessible to global investors via internationalization of some contracts and a general liberalization of market access routes. “China offers some unique contracts including eggs and plastics that are not traded outside China, but for the time being they appear to be relatively expensive in terms of execution costs. Our style of relative value trading entails relatively high volumes and is therefore quite sensitive to transaction costs,” says Merle. Indian commodity markets are also being investigated. Like China, India has some unique markets such as pepper, traded on the International Pepper Exchange.

Currently BlackBird only trades exchange listed commodities. Amending the prospectus to allow for trading over the counter (OTC) markets could open up another potential route to accessing Chinese commodities via swaps. Expanding the universe to include OTC could also let BlackBird trade OTC options, which will pave the way for volatility arbitrage strategies once the right counterparties are identified.

The bull market in agriculturals was somewhat unique in being triggered by a demand shock from China... The last demand shock we saw was when the Soviet Union made a surprise purchase of US harvests.

Having started with INTL FCStone (now called StoneX) BlackBird has added ABN Amro US for counterparty diversification and more efficient margining in certain types of trades: “ABN Amro has its own tools for calculating margins for all sorts of trades including cross market trades. It offers generally good coverage but does not trade palm oil for ESG reasons,” says Merle.

ESG is impacting commodity markets, most obviously through emissions contracts where regulators want to reduce supply and raise prices, but also via regulations on input mixes for biodiesel. “The most regulated part of agricultural commodities is the soybean oil, rapeseed oil and canola complex, which feeds into the mix for biodiesel and ethanol. Regardless of relative prices, producers need to include at least 5-10% in their products. This creates price-insensitive demand that makes bean oil currently more expensive versus other markets. Canola in Canada and Euronext rapeseed oil can be used in the same way,” says Merle. Soybean oil feeds into biodiesel; canola oil can also be used, and over half of European rapeseed oil feeds into EU biodiesel. A controversial aspect of biodiesel policy is that palm oil also feeds into some biodiesel, which means that there may be political pressures to change policies, potentially throwing up more trading opportunities.

ESG can also have an indirect impact on freight costs, which is one factor influencing the geographic or location spreads between South America and Asia, or the US and Asia, which BlackBird trade.

Some of the relative value trades have legs across multiple products, exchanges and even currencies, and BlackBird has developed a customized proprietary algorithmic execution tool that now executes part of the volume for both term structure and cross market trades. “It would be expensive to have direct connections to multiple exchanges, so we find it is faster to use our own software. We have developed algorithms that are particularly useful for multi-legged trades across products and exchanges that also involve different currencies,” says Merle.

This automates part of the signal generation and execution process. “The algorithm monitors prices and triggers entry points. C-Sharp programming is used to calculate target prices and quantities and attempt execution, connecting to the API of execution software. Once a trigger event is identified in the order book, the algorithm updates with all of the information and decides if it can do anything. This is not a low latency algorithm as that would be too expensive, but it is faster than the human eye,” Merle explains. Algorithmic execution is being further honed and refined through a research project on tick data: “We aim to identify repeatable patterns for short term price forecasting over timeframes of between two hours and one day”.

Automation is, perhaps paradoxically, quite labour intensive. There are now four people at BlackBird. Two full-time and one half-time staff have been hired to trawl through huge datasets of tick data, carry out quant analysis and modelisation. “As well as strong IT knowledge they have a good understanding of financial markets and order books,” says Merle. BlackBird’s team is fully focused on research as other tasks are outsourced to RCube, the leading European platform for emerging managers.

The execution advances will contribute to accessing more liquidity and eventually expanding capacity. Managed account assets have been moved into a single fund, which helps to economise on execution and other costs. Assets are now USD 105 million scaled to the equivalent volatility of the unleveraged strategy (there is around USD 43m in the 2.5x leveraged version and USD 1m in the 1x leveraged version, therefore USD 108.5m at 1x leveraged level). Assets come mainly from the US, and Merle himself, who sits in Paris, and has most of his net worth invested in the fund.

He has a prudent focus on returns and is therefore anxious not to take in more capital than he can profitably deploy. “We are still cautious on capacity because we do not want to reduce the quality of returns. Many hedge fund managers raise too many assets. When your boat is too big it is dangerous to cross the Suez Canal and you must go round Africa. But over time more energy, gas, power, Chinese, Indian and OTC markets should add capacity. Our priority is research, maintaining the quality of returns and limiting capacity,” concludes Merle.