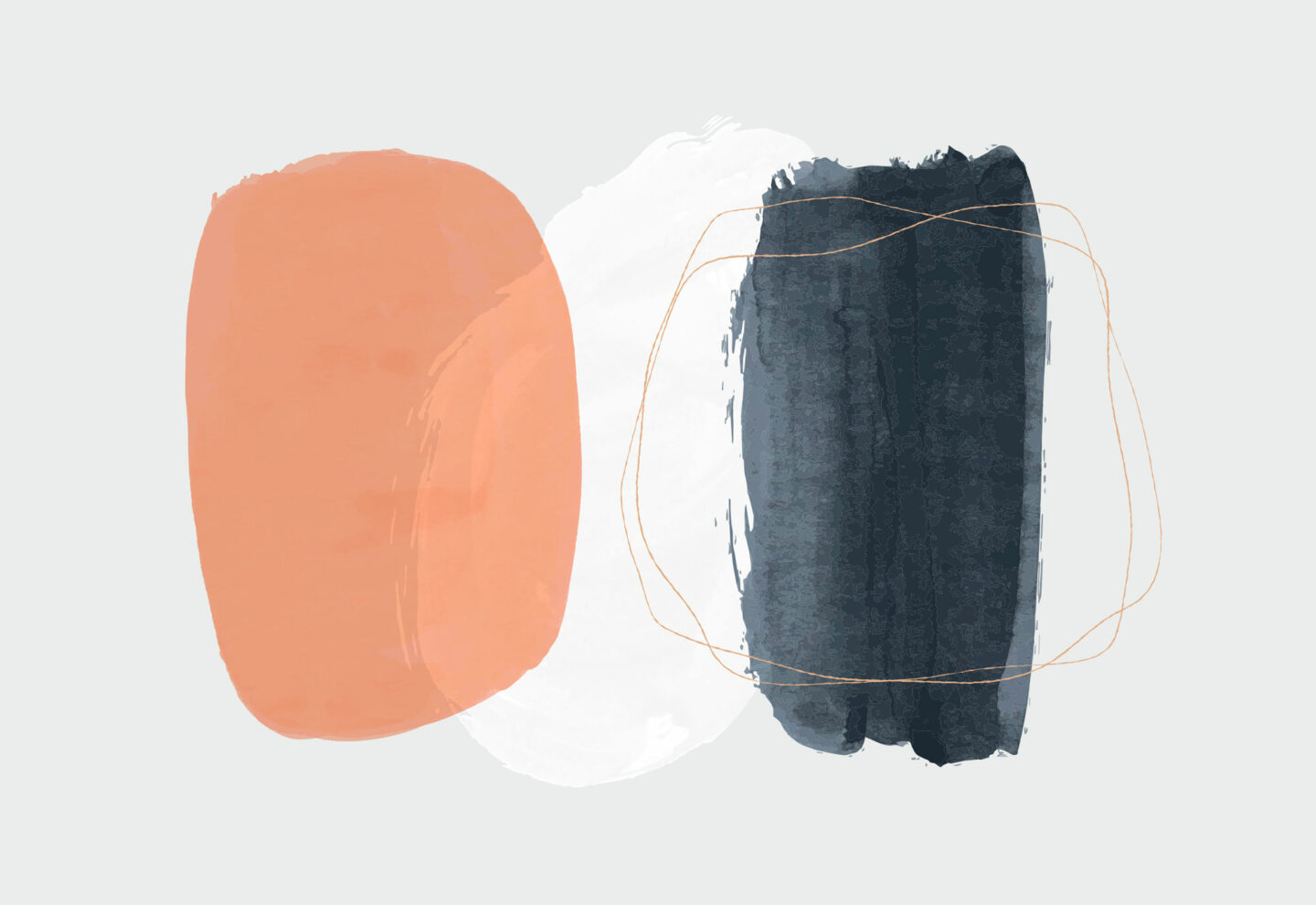 CFM Discus, which takes its name from a glider plane (CFM’s co-founder Jean-Pierre Aguilar was a pilot and glider enthusiast), is the longest running strategy at CFM, with a track record dating back from 1991. It has always been a directional program trading listed derivatives and foreign exchange, seeking directional exposures (long and/or short) to equity indices, bonds, short-term interest rates, currencies and commodities. It aims at delivering absolute performance uncorrelated from equity and fixed income markets (i.e., “alpha”), using scientific methods with historical data to predict market directions and technology to gain appropriate market risks efficiently in a cost-effective manner.

We are wary of crowding risk. If more investors follow trends in credit card data, the alpha may decay.

“Discus was originally designed as a standalone investment in the 1990s and intended as a best of breed managed futures offering,” says Yves Lemperiere, Head of Research – Alpha Strategies at CFM.

The Discus program is, and remains today, one of the building blocks of CFM’s multi-strategy quantitative program Stratus from its beginning in 2003. The program has managed more than $1bn since 2006 on behalf of institutional clients, with a current trading level of $2.4bn in the strategy.

Discus has gone through considerable evolution as has CFM’s menu of strategies. Discus started in the 1990s as a trend follower, but now has little exposure to trend models. This is in part due to clients seeking diversification away not only from traditional markets but also from pure trend following exposures, which have become commoditized over the years, and can be accessed at CFM via dedicated products at more competitive fees and terms. As such, CFM Discus, while part of the CTA bucket, differentiates itself as being lowly correlated to its industry peers.

Discus eschews more generic factors such as trend and indeed its directional sleeve includes contrarian, anti-trend models. The blend of models has grown to an eclectic mix of 150 different predictors, roughly half of which are market neutral, relative value approaches, partly inspired by CFM’s experience on the statistical arbitrage side. “Most CTAs are very directional, but Discus started moving to market neutral strategies, such as Italian versus German or Spanish equities, five or ten years ago. We play the liquid modes of the correlation matrix and build portfolios of highly correlated spreads. It took a few years to develop the right set-up and leverage our views,” says Lemperiere. This blend of directional and relative value trade types is unusual in the systematic investing world, and the higher relative value weight is partly a consequence of portfolio construction techniques. “Agnostic risk parity allows us to leverage relative-value models in a natural way: we have 30% of our risk on RV models, while a standard portfolio construction only gives you about 10%,” says Lemperiere.

CFM has also expanded its range of data types over the years. It started out with technical data, but steadily broadened this out, adding fundamental data in 2005, weather data in 2010, and unstructured satellite data in 2019. Today, technical data could include prices, volatility, or option prices; macro data could encompass economic fundamentals, corporate events, and capital flows, with more emphasis on macro, and alternative data might involve unstructured data such as satellite images or news.

The systematic macro models in Discus have some overlap with another CFM alpha strategy – the CFM Systematic Global Macro program launched in 2020 – albeit it runs slower models that are less capacity constrained than those in Discus.

Discus was originally designed as a standalone investment in the 1990s and intended as a best of breed managed futures offering.

Carry is a well-known fundamental strategy, most seen in currency and fixed income markets, but CFM has developed its own approaches, applying carry to all asset classes since 2012. “Carry is defined and traded across all asset classes – equity indices, fixed income, currencies and commodities. It is very easy to mix carry with seasonality, which also affects the forward curve, but our research in pattern recognition and machine learning helped us to define it better,” says Lemperiere. CFM’s fundamental carry and yield curve models might superficially sound like what a discretionary macro trader would do, but the devil is in the detail: “They are using machine learning to develop more sophisticated approaches that go beyond a typical human trader approach,” he adds.

CFM keeps an open mind about both new types of data and models. “We are agnostic on models and sources of data. We extract all of the predictivity that we can find and present it in the best way,” says Lemperiere. This includes mixing and matching data types to create blended signals.

CFM is thinking outside the box about combining different data types. “We can add more value by combining them in a non-obvious way to extract alpha. We are wary of crowding risk. If more investors follow trends in credit card data, the alpha may decay. We have crossed multiple datasets to develop a more original and sophisticated approach that has a higher expected alpha,” says Lemperiere.

To combat alpha decay, Discus also both adds and deletes models. “The weightings amongst models vary in an automated way, every two months. We add 20 new models per year to Discus and the calibration procedure may retire some models by reducing their weight to zero,” Lemperiere points out.

The volatility of the Discus program should be more stable than the mix of models. Over 30 years it has ranged between 5% and 25%, which seems a very wide band, but more recently the aim has been to cap it within a defined range subject to trading cost constraints. “In the 1990s most CTAs including Discus had higher volatility. Discus does aim to keep volatility below 20%, but not exactly constant since keeping it constant would increase transaction costs. Using very fast risk measures results in a lot more trading after market volatility jumps,” explains Lemperiere.

Discus is categorised within the short-term trader space but has moved its time frames around. It began with average holding periods of 50 days in the nineties, sped up to one day in the noughties, ceased its long-term models in 2004, and has now slowed down to average holding periods of between 15 and 25 days over the past 10-11 years. The time frames mix short and medium frequencies.

Discus has averaged near zero correlation to global equities or broad hedge fund indices. It has averaged a 50% correlation to broad CTA indices, though this has fluctuated in a wide range. It was as high as 60% in the 1990s, briefly hovered around 10% when Discus moved into faster trading and has recently been around 35-40%. “It has been a bit lower at 40% over the last two years and we are more comfortable with that. We are concerned about over-crowding in trend following,” says Lemperiere.

The short-term trading space is a very diverse one where correlations between managers are lower than between trend followers, but this should not be taken for granted. New data types in themselves do not guarantee lower correlations. “Satellite data can end up being 60% correlated with simple price-based trend following, and prices do follow macroeconomic data to some extent,” says Lemperiere. Similarly, the new models do not necessarily decouple from trend. “Even machine learning can become correlated to trend because it is the most obvious thing. It is a bit more complicated to supervise the machine learning algorithm and steer it away from trend,” he adds.

Another way of looking at correlation is to compare funds’ factor exposures rather than just their direct pairwise correlations. A lot of trend following CTAs have a long volatility bias which is much smaller for Discus, which has performed well in high and low volatility regimes.

Agnostic risk parity allows us to leverage relative-value models in a natural way: we have 30% of our risk on RV models, while a standard portfolio construction only gives you about 10%.

Collaboration between and within research and technology teams

Innovation in data and models has been driven by technology and research teams, which are both expanding, with the greatest growth seen in the number of data professionals doubling or tripling in recent years. “CFM classifies data people under the technology umbrella, although they might well be labelled as research in other firms. This is one example of how integrating data scientists into the research team blurs the lines between technology and research,” says Lemperiere.

Within technology the 115 staff can be split into five sub-groups: front office; data; infrastructure and network; operations, and risk, of which front office and data are most relevant for research.

The 49 strong research team is split into four sub-groups: prediction – which Lemperiere leads, portfolio research, trading research and cross-strategy research. “It is key for us to communicate a lot. The portfolio team needs to know how the predictors are sliced and diced. Team building, idea sharing and collaboration across teams is encouraged. We exchange ideas and datasets through seminars,” he says. Academic style peer review of code and research is part of the process, and all the teams are incentivized towards a common profit and loss.

There is also some degree of lateral movement between research and technology though not a huge amount. “This might increase in future though it also takes a lot of time to train a researcher or data scientist and some specialisms cannot always be easily lifted out of one unit and dropped into another,” says Lemperiere.

Though CFM is not competing in the arms race of high frequency trading – latency measured in milliseconds has been stable over the years – the execution program has a range of features and infrastructure that can execute at high speeds. This includes direct market access, FIX links, colocation, and full order book data. “These are helpful for higher speed strategies that are very cost sensitive. Slippage is measured relative to opening prices to avoid impact. Slippage is a cost item, but we estimate it is lower than if we used broker algos,” says Lemperiere.

CFM has been executing electronically since 2002 and today most of the trading is in electronic markets. “However, there is some voice trading, for liquid OTC products such as variance swaps on FX, or CDS indices. We are opportunistic in this field, and follow the liquidity and our internal projects,” says Lemperiere.

Machine learning, artificial intelligence and neural networks are applied at all stages of the investment process: data collection and cleaning, signal generation, testing, portfolio construction, and execution. “We have an automated pipe with many tests for linear regressions, survivorship biases, correlations. AI is a normal tool at the predicator level, and it forces us to stay aware of new libraries. We leverage the automation of these tasks and use it at the back-office level. We are using new technology all the time and watching out for IT and research innovations,” says Lemperiere.

Going forward, multiple research streams are underway. “I expect the range of data sets we analyse over the next 5 years will only get bigger. We are considering NLP (Natural Language Processing) on various news feeds, commodity specific data, and a lot more macro forecasts/nowcasts etc.,” says Lemperiere.

Any description or information involving investment process or allocations is provided for illustration purposes only. There can be no assurance that these statements are or will prove to be accurate or complete in any way. Targets or objectives, including with respect to volatility or leverage, are used for measurement or comparison purposes only. Such targets or objectives reflect subjective determinations based on a variety of factors, including, among others, investment strategy, volatility and leverage measures and expectations and market conditions. There can be no assurance that such targets or objectives will be met over any particular time horizon. Volatility and leverage may fluctuate. All figures are unaudited. This article does not constitute an offer or solicitation to subscribe for any security or interest.