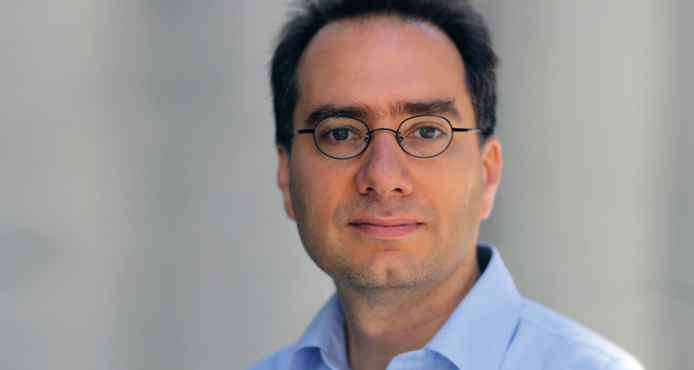 Grandmaster Capital founder Patrick Wolff was selected as one of The Hedge Fund Journal’s Tomorrow’s Titans in the 2014 survey sponsored by EY. Grandmaster was the first manager seeded by serial entrepreneur Peter Thiel, who has just published Zero To One and had huge success with Paypal, Palantir and Facebook before starting the Clarium hedge fund where Wolff spent five years. Grandmaster Capital now has assets under management of approximately $250 million.

Wolff and Thiel – who still meet quarterly – were initially brought together by a common interest in chess. Thiel is a serious chess player and Wolff began his career as a full-time, professional chess player, twice becoming US champion, hence the Grandmaster name. “I love games and competing and chess gave me an outlet for that,” he recalls, and thinks chess influenced him more as a person than it did his investment process. “Chess gave me self-knowledge which was useful when turning to the next arena of competition,” he reflects, although the pace of activity changed. “Chess is a very discrete activity, like a series of sprints, whereas investing is one big long marathon, so you have to pace yourself in a different way.” Similarly, one aspect of chess that Wolff studied as part of his philosophy degree was game theory, which prepared him for investing in other ways. “The mindset of game theory is useful in sussing out people’s motivations, and not taking them at face value,” he finds.

Dual mentors
Wolff no longer plays chess professionally, but his continued appetite for cerebral acrobatics has been seen for the last 15 years in blindfold chess tournaments versus multiple opponents at Berkshire Hathaway’s annual meetings. Berkshire Hathaway founder Warren Buffett is one of the two key formative influences on Wolff’s investment philosophy – which can be summarized as classic fundamental value with an acute awareness of macro trends. Buffett’s influence is that he is “a great capital allocator and business analyst who is also great at explaining things,” whereas another billionaire, Thiel, supplies “the macro dimension that may be the one piece missing from Buffett’s approach,” expounds Wolff.

Although Buffett and Thiel have very different investment styles, “a key commonality is that both are very deeply fundamental investors focusing on what is true and what is mispriced.” Chess can be seen as an exercise in abstract thought, but when it comes to investing, Wolff is firmly grounded in the real world. Wolff’s nine years of hands-on experience inside companies – including Mercer strategic consulting and Capital One bank – underscore the focus on fundamentals. Here again there is an overlap with Buffett, who has written that he is a better businessman for having been an investor and a better investor for having been a businessman, which resonates with Wolff’s own experience.

A permanent feature of financial markets throughout human history has been asset price bubbles, and the main objective of Wolff’s macro analysis is to avoid such systemic crises. Whilst at Thiel’s Clarium macro hedge fund, between 2007 and 2010 Wolff ran a $75 million book devoted to single stocks, and was also responsible for producing analysis for the whole fund. In 2007 Wolff authored Clarium’s quarterly newsletter, presciently titled “The Long Goodbye”, explaining why he and Clarium thought the US economy and financial system had become over-leveraged. As well as US credit, Wolff has lived through other market distortions such as the TMT (technology, media and telecoms) mania, but his perspective reaches back further than his own lifetime.

Wolff thinks many people in the financial markets “have three-year memories at most,” but “taking a longer-term, more academic perspective is important for placing China in the right context,” he argues. The current consensus view, Wolff surmises, is that “growth and globalization are secular shifts.” Wolff does not take either for granted, however. His hundred-year look-back suggests that globalization is “a more cyclical phenomenon that comes and goes in waves. Before World War I, economies were globalizing, and then followed a period of deglobalization.” Wolff thinks the extreme globalization witnessed over the past decade has been driven by a commodity boom, in turn fuelled by a credit bubble in China, which he brands as “a full throttle bubble”.

Double bubble trouble
Wolff worries about both sides of China’s balance sheet – debt and assets – and thinks investors are wrong to view China through the lens of the recent US experience as the two are qualitatively different. “The US had more of a debt problem than a mal-investment problem,” says Wolff, who notes that the US economy did not become too imbalanced by excess home-building even at the peak of the housing bubble. In contrast, China has not only a bad debt problem due to “rapid credit expansion and dubious loans”, but also an asset problem with “empty skyscrapers and continuing factory-building despite massive overcapacity and underutilization of existing capacity.” Wolff’s summary diagnosis is that “bad debt is funding bad assets – and when that stops there will be a huge hole in the economy.” He could go on – “I can get really apocalyptic about it if you wind me up,” Wolff warns!

Does this mean that Wolff is aggressively shorting Chinese property or infrastructure stocks? No. Macro analysis is not in the driving seat – it is primarily designed to sidestep crashes. And Wolff is pragmatic enough to admit that he is “agnostic on the timing” of when China’s bubble may burst – after all, he has had these concerns for more than three years now since launching the firm. In any case, Wolff is most anxious to just avoid owning companies with earnings dependent on China, so these are absent from the long book. The short book has not focused so much on direct China plays, but rather on “heavy industry companies in coal, steel and iron ore that rely to a large extent on the China boom.” That many of these commodities have been making fresh lows in 2014 suggests Wolff’s thesis may be starting to play out. He also views put options on China’s currency as a cheap bet: Wolff thinks the renminbi could depreciate substantially if China’s bubble bursts.

Like all of Wolff’s shorts, this is not a hedge or one side of a pair – it is intended to be a profit centre. Wolff likes to short companies suffering a change of competitive landscape. Other red flags Wolff looks for include inept management and hyped-up stories. Naturally these types of companies will be shorted by other hedge funds, and some managers set great store by avoiding popular shorts. Wolff is not concerned about shorts being crowded per se, although he does of course pay attention to cost and availability of stock borrow. “The main thing is to be right, and sometimes crowded shorts do work out,” he says. So Wolff is not contrarian for its own sake but only when and if he thinks it is appropriate. Ever the realist, Wolff avoids shorting purely on valuation grounds, and also refrains from shorting firms that he views as potential takeover targets. Grandmaster’s short book also tends to be more diversified and with smaller position sizes than the long book.

Fortress America
Although it has the flexibility and freedom to go net short, Grandmaster has been net long of equities since 2011. Wolff believes the US economy is more resilient than most, so “Fortress America” is the guiding star on the concentrated, high-conviction long book. Wolff is highly selective in identifying companies with strong returns on capital, competitive edges, shareholder-friendly corporate governance, reasonable valuations and goodearnings visibility. Wolff is of the opinion that small cap stocks in the US are in general expensive relative to large caps – the opposite of what applied at the start of the last decade. As a result, Wolff’s longs have been weighted towards large caps, and indeed the large cap S&P 500 has in 2014 outperformed the Russell 2000 small cap gauge.

Marriott is an example Wolff gives of a stock that illustrates his investment process. The company operates an asset-light franchise business model, owning very few hotels. “This is a great place in the value chain, as the company can grow and return capital to shareholders without heavy capital spending.” Its assets are its brand, and loyalty points scheme. The brand supports the growth of the business and the reward points are particularly attractive to business customers. Wolff’s favoured hotel chain gets 80% of its income from the USA and there could be scope for positive earnings surprises. Franchise operators pay progressively higher royalty rates above a return on capital threshold, around their cost of capital. And Wolff sees a good chance of accelerating returns on capital, as he thinks we are at the sweet spot of the hotel cycle – “as the US economy gathers steam, hotels will derive a disproportionate benefit from business travel,” he predicts. Wolff also appears to be in a sweet spot for Grandmaster’s growth: it has already more than quadrupled assets under management in less than three years, and the fundamental views that Wolff has publicly expressed are being vindicated.