Japan Redux or Where We Currently See Opportunities

The case for staying the course

Originally published in the January 2020 issue 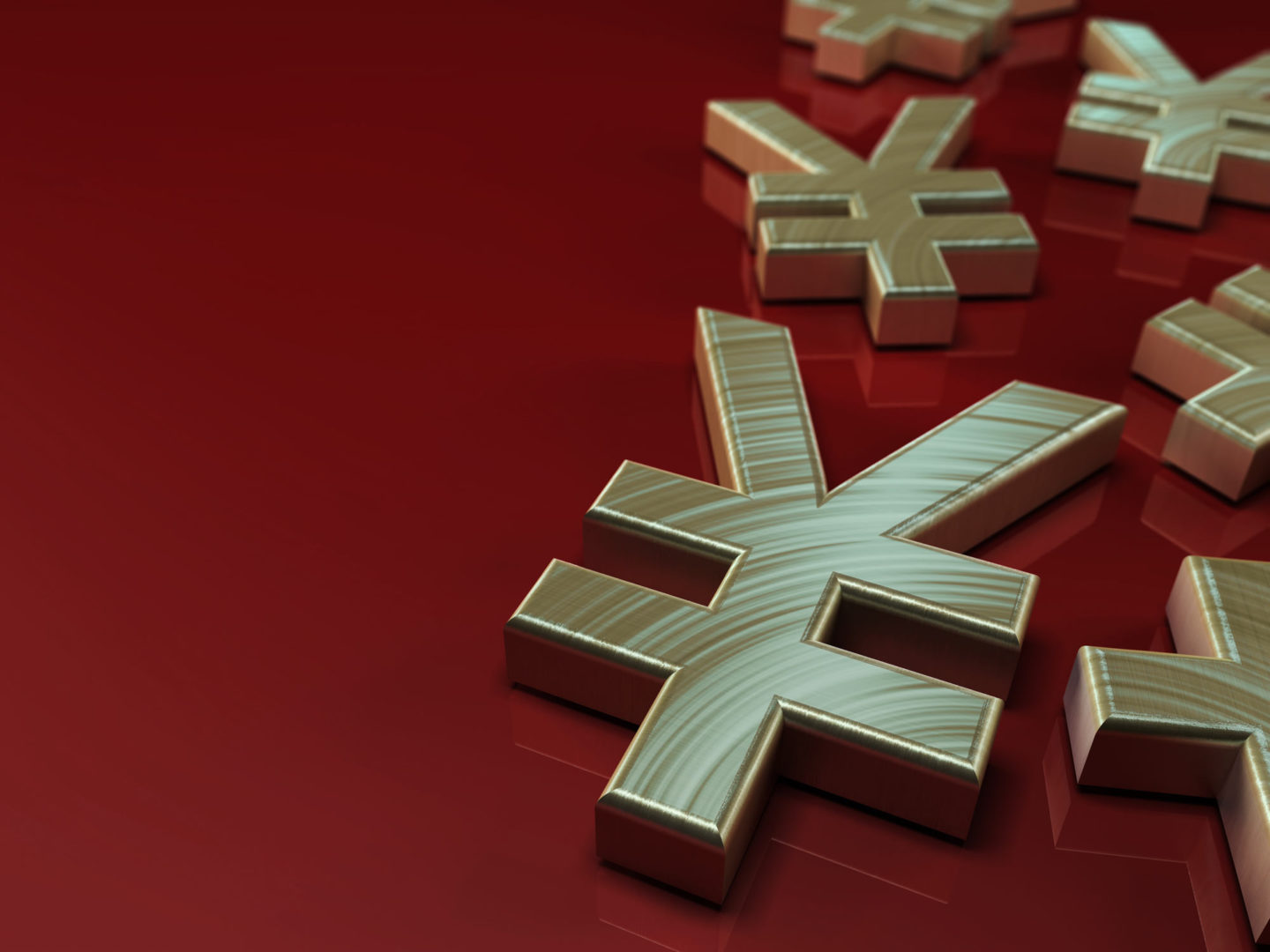 A lot has happened both globally and locally since we last wrote about Japan in this publication almost two years ago in The Hedge Fund Journal Issue 129. Geopolitical uncertainty has further increased, and what looked to be the beginning of a monetary tightening cycle has once again turned into an easing cycle. A good year for Japanese hedge funds in 2017 was followed by two challenging years. The last two years also saw several new high-profile fund launches which were often due to well-known managers leaving existing platforms and setting up on their own. With that backdrop, we wanted to review how Japanese funds have fared recently, and how the environment and industry have changed.

What’s interesting is that, after outperforming the TOPIX index over the past 10 years, many fundamental equity long/short funds have struggled in the past 18 months, with our internal Fundamental Japan equity long/short peer group down -13.47% in 20181. Over the same period, quite a few very well-known and well-respected managers have recorded their worst drawdowns in 20 years. While their 2018 results still represent an outperformance versus the TOPIX index which was down -17.81% that year, funds have tended to do much better in prior down years. In 2018 the downside capture of the Eurekahedge Index versus the TOPIX index was 54%, whereas in 2008 this was only 19% and in 2011 only 5%. It seems that, in particular, the market recovery this year has left many funds trailing. While the TOPIX index has gained +11.56% as of October 31, 2019, our internal fundamental Japan equity long/short peer group is only up +4.25% and the Eurekahedge Japan Long/Short Equities Hedge Fund Index is only up +2.33% as of the same date. These results don’t tell the whole story though, as many well-known funds have suffered losses again for the year. This comes on the heels of 2017 which was generally a very good year for these managers with returns of +12.87% for the Eurekahedge Japan Long/Short Equity Hedge Fund Index, and +17.12% for our internal fundamental Japan equity long/short peer group.

The reasons for this are manifold. On the one hand, the recent resurgence of monetary easing has meant that fundamentals, especially for companies that were shorted by these funds, became of secondary concern to other market participants. The consensus was that fundamentals were generally deteriorating, and as a result, many managers chose to position themselves defensively. Both net and gross exposures were kept low and quite a few funds came into 2019 with a slight short bias. The result was that, despite their fundamental analysis often being correct, managers incurred losses on many of these positions as they rallied on the back of unusual money flows. This has also made it quite difficult for core, long, high conviction ideas to be hedged. Related to this, indiscriminate purchases by the Bank of Japan, coupled with global macro flows in and out of Japan, have further exacerbated market distortions and many fundamental managers have found it very difficult to adapt to this different environment. Foreign investments into Japanese equities have experienced a record low of -JPY 2162.40bn in March 20182 and have fluctuated since. As of November 30, 2019, these have increased by JPY 394bn3, but volatility created by foreign investors has been high over the past two years.

A bubble in small cap stocks, which eventually corrected, also caught out some managers. This happened both on the long side, for those who didn’t cut positions in time, and on the short side, for those that became victims of short squeezes brought on by record flows into ETFs and the aforementioned buying by the BOJ. To put this further into perspective, assets in Japanese passive investment ETFs/ETPs, increased to a record $372.00bn in 2019, and at the end of September 2019 alone, the Bank of Japan held investments in ETFs/ETPs of $256bn.4

A shift away from small cap stocks also meant losses for those managers less comfortable trading larger capitalisation stocks and a dearth of trading opportunities. Many funds had done well in the past by investing in companies not already covered by big research houses; however, as they had to move up to larger capitalisation stocks, this advantage quickly became less prevalent while liquidity driven flows became a more important factor to pay attention to, necessitating a different skill set. The fact that the underperformance of value stocks versus growth stocks has been the largest in 20 years has also not helped as many fundamental managers have an implicit value bias, even if they don’t like admitting it. The typically longer holding period of up to five years that many of these managers have also poses a challenge in this environment. As of now, growth stocks are still at a record premium over value stocks.

Market neutral managers, on the other hand, have generated modestly positive returns, annualising at +1.6% over the past 18 months (through the end of September 2019), based on our own internal equity market neutral Japan peer group. This is in comparison to the past 10 years, during which they generated average annual returns of +7.51% based on the same internal peer group5. They not only outperformed the TOPIX index during the past 10 years, which annualised at only +5.73%, but did so with less volatility, hence generating better risk-adjusted returns for investors. In 2018 we estimate that these managers lost only -2.39%, which compared very favourably to the TOPIX’s loss of -17.81%. This was certainly a respectable achievement; however, results are more challenging in a year such as 2019 in which the TOPIX index has had a strong rebound and this group of managers is only up +3.93% through September based on our internal peer group. While it is always easy to criticise a single year, we should not lose sight of the fact that, since January 2018, these managers have still outperformed the TOPIX index in both absolute and relative terms, and hence would have been a better option than a long only investment. What is interesting, though, is that it appears that many of these managers have been hesitant to increase their gross exposures this year. According to Morgan Stanley most of these managers have been keeping gross exposures at or below 100%, which would indicate that there is currently a lack of conviction and that they are affected by some of the same issues that has made trading difficult for fundamental long/short managers. Similarly, they have also generally been defensively positioned this year, which is not unusual in what many consider to be a late cycle bull market, and which also helps to explain the more muted recent performance by this group of managers.

Trading oriented managers, with holding periods as short as a few hours, continue to do reasonably well in this environment with returns in the +6% to +12% range in 2019 (after having had more mixed returns in 2018 ranging from -6% to +8% but with the best known ones generating returns of around +6% to +7%). These managers tend to be steady performers but can also lack the upside that some of the other managers have realised in years such as 2017, and their positioning tends to be highly opportunistic and somewhat idiosyncratic. Additionally, the most successful and well-known ones are now mostly hard closed. Capacity remains in issue in this sub strategy, with some of the new launches still not of institutional quality, though this is certainly an area that warrants further research and monitoring.

“Engagement” in particular (being seen as a softer way of “activism”), has become somewhat of a new buzzword in Tokyo.

The picture is much more mixed when it comes to activists and sector specialists due to the unique nature of their strategies and positions. Activism, in particular, should be an interesting strategy going forward. Japan’s current focus on improving returns on equity for shareholders, the adoption of the Stewardship Code in February 2014, which finally seems to be seeing some more widespread uptake and implementation from corporates in the past 12-18 months, along with an increase in buy-backs and the much touted restructuring of the Tokyo Stock Exchange’s first section with a focus on corporate governance (another element of this being liquidity), are all positive signs for this strategy. It also shows the government’s commitment to seeing this through, and the importance this has for the future of the Japanese financial markets. On the heels of this quite fundamental shift in corporate ethos and the plethora of new initiatives, new funds looking to take advantage of these changes are being launched, while efforts are being made by existing funds to incorporate elements of this approach into their investment processes. “Engagement” in particular (being seen as a softer way of “activism”), has become somewhat of a new buzzword in Tokyo. While there are large dispersions within these sub-strategies, which makes generalisations dangerous, the more niche nature of these strategies should mean more alpha opportunities. Liquidity and capacity are of particular concern when analysing these funds, and as with many Japanese managers, those with the longest and most successful track records tend to be closed to new investors.

Looking at the industry more generally, we have seen many new launches across the spectrum of strategies and structures, with activity in both Tokyo and Singapore, as well as several new UCITS funds being launched recently. Though many European investors will now only invest in UCITS funds, we have found that the range of Japanese funds available in that format is still extremely limited, with many strategies not covered and track records not matching those of offshore peers. Given that many successful Japanese funds close at relatively modest AUMs it is understandable that they choose not to engage with the additional regulatory and liquidity requirements imposed by a UCITS structure. Unfortunately, this means that many European investors lose out on otherwise very interesting investment opportunities.

Perhaps the single biggest change over the past 12 months is that everybody is very excited about the idea of engagement. Though the Stewardship Code was implemented over five years ago, it seems that it is only now that the market has really started to pay attention to this. One measure of this is the number of companies that have announced Chukei (“Medium Term Plans”). While a few years ago the number was around 300 this has now grown to over 750. This clearly shows that companies are waking up to the importance of good governance and see value in treating shareholders better. Though some allocators appear concerned about new regulations which would require investors to ask for permission if they intended to buy more than one per cent of companies deemed to be strategically important, the local consensus seems to be that upcoming clarifications by the government will assuage many of these fears. We therefore believe that the engagement/shareholder activist theme is one that will continue to be of importance for the foreseeable future, and an area to which investors should pay close attention.

Though much has changed over the past two years, and they were certainly more challenging than prior years, we continue to believe that Japan represents a unique alpha market for hedge funds over the long term, but it also highlights once again the complexity of Japan compared to other markets. As always, local expertise is key to being able to take advantage of the many opportunities this market presents, and to avoid the equally ample pitfalls.

1. Sussex Partners has built proprietary sub-strategy peer groups using an internal database, information on constituents and calculation methodology is available upon request. Returns are in JPY.