Originally published in the August 2017 issue 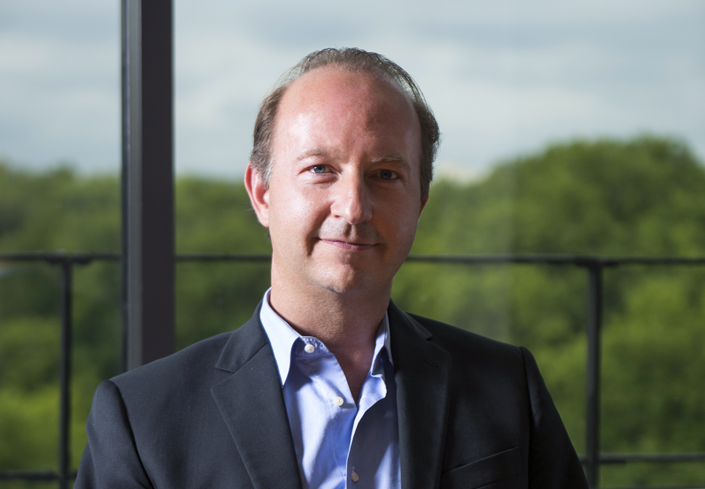 These awards are based on risk-adjusted returns. Portland Hill’s flagship strategy has delivered positive performance every year. It has returned approximately +74.5% net in the five years since inception, +11.2% net annualised, which is consistent with the stated performance target of high single-digit to low double-digit returns. Portland Hill’s returns have outperformed hedge fund indices of similar strategies by more than 40% since launch (as shown in Fig.1). Returns are also defined by constrained volatility, low drawdowns and low correlation to equity markets. “We have protected capital in challenging years and delivered double-digit returns in the good years,” reflects Lucas. It is on the back of this track record that Portland Hill has been able to grow its firm-wide AuMs to over $1bn. Performance attribution has been broad-based with all five of Portland Hill’s main areas of expertise (Consumer, Healthcare and Chemicals, Media and Telecom, Financials, and Business Services) contributing to returns over the five-year period. Though the mandate is global, European mid-caps are Portland Hill’s niche – making up ca. 60% of exposure. However, returns have been garnered across the range of market capitalisations, with mid-cap and large-cap investments all producing profits. “Our sweet spot is the market cap range of $1 billion to $20 billion, but we have also made very profitable contrarian calls on large caps,” says Lucas. “The short book has also been an interesting contributor through alpha shorts and hedges, whilst avoiding major detractors.”

A journey: Lisbon, Nice, Paris, Boston, London
Portland Hill is owner-managed and Thierry Lucas remains the defining personality. Lucas sets Portland Hill apart. Born in Benfica, in Lisbon, to a Russian/Romanian mother and a French father, Lucas spent most of his childhood in Portugal, where the family had business interests over several generations. Lucas is fluent in English, French, Spanish and Portuguese, and makes extensive use of these languages in investor and company meetings. This multi-cultural background has made him adaptable and appreciative of the idiosyncratic features of companies.

Lucas’ ambition and spirit of adventure became apparent when he set his sights on becoming a professional tennis player. He spent part of his teenage years boarding at a tennis academy in Sophia-Antipolis, near Nice in France, where renowned French national coach, Patrice Hagelauer, trained him (Hagelauer also trained Yannick Noah). Lucas excelled both on the court and in exams, before ultimately deciding that a career in finance was more attractive given the ‘winner takes all’ economics of professional sport. “Thousands of financiers make a much better living than all but a handful of top tennis players,” he observes. He never hung up the racket fully, winning the silver medal in the 40+ category at the Portuguese National Championship in 2011. To this day, his participation in sport has ingrained discipline, patience and humility – qualities that many underestimate in the financial world.

Lucas took his baccalaureate in Maths and Physics, and read his first degree in Finance and Law at one of the leading French grandes écoles in Paris. He then spent two years as an investment banker in London before being accepted to Harvard Business School at a remarkably young age and graduating in 1998. Harvard was both academically stimulating and socially rewarding and he made many friendships that continue to this day.

After spending a few years in the equities divisions of Goldman Sachs and Merrill Lynch, Lucas joined Eric Mindich’s Eton Park in 2004 and was part of the team that opened the London office. He spent seven years at Eton Park, building a strong idea-driven track record, before founding Portland Hill in 2012.

From the outset, Lucas insisted on an investment process with a strong focus on in-house research at Portland Hill, and the firm continues to leverage the many good industry relationships he has built over the years to help with corporate access. “It is absolutely pivotal to have a rigorous and consistent process so that good investments are repeatable and we learn from those investment ideas that did not work out,” Lucas explains. Portland Hill reflects the ambitious, adaptive and multi-cultural worldview of its founder.

From ideas to catalysts
The investment team at Portland Hill is generalist and Lucas encourages idea sharing rather than separate silos. The Head of Research is Martin Lafeldt, who had worked for Lucas at Eton Park since 2005. Though Portland Hill has grown to a team of 26 people, Lucas has always been the main idea generator and sole risk taker. While some hedge funds have multiple portfolio managers – who sometimes even take opposite positions – the firm has not taken that direction.

Portland Hill pursues a fundamental, catalyst-driven strategy. Events run the gamut from the softest to the hardest catalysts and can include mergers, recapitalisations, spin-offs, restructurings and other event driven trades (IPOs, block trades, etc.). However, Portland Hill has had limited exposure to merger arbitrage. “Given the asymmetric risk profile we have a strong preference for situations with a multiple bidders dynamic, and ideally a trophy asset in play before getting involved,” he cautions.

Mid-cap sweet spot
Neglected or off-the-beaten path mid-cap equities, overlooked by both the buy and sell side, are where Lucas identifies the greatest inefficiencies. Lucas also looks for convexity in ideas that provide an asymmetric payoff profile, and has hit some ‘home runs’ every year. The portfolio tends to be concentrated in 25 or so high-conviction ideas where inflection points are envisaged within one to two years. “We have built very efficient filters to highlight ideas, particularly in my areas of expertise, and our defining style is a very clear and focused investment process combining quantitative and qualitative fundamental analysis. Important parts of the fundamental analysis are company meetings and primary research,” he says. The strategy can make use of credit or hybrid instruments and has the flexibility to hold cash, but in practice has been predominantly invested in equities.

Portland Hill’s success has often come from identifying opportunities in under-researched segments of the market. For example, one of the conviction views the firm held last year was the likely consolidation of the asset management industry triggered by two catalysts: firstly, continued recapitalisation of banks through disposals of their captive asset management activities; and secondly, a drive for scale in the face of revenue pressures from regulation and passive products. Amundi and Anima were ideally positioned to benefit from these trends with very exciting idiosyncratic catalysts. These two key ideas have each delivered close to 100% returns due to successful, earnings-accretive and strategic M&A activity. It has typically taken 12 to 24 months for catalysts to materialise, after which Portland Hill has frequently remained a shareholder in order to capture further upside in the names.

Sometimes, accretive acquisitions can be an important catalyst for owning stocks and at other times Portland Hill has owned takeover targets before deals were announced. For example, the firm initially bought beverage can maker Rexam because it was rationalising and streamlining operations and returning cash to investors. The stock was held for several years and the firm eventually succumbed to a takeover bid at a significant premium, confirming consolidation trends that had been identified earlier on in the investment process. For many investors, such an event may lead them to close their position, whilst Portland Hill’s approach allowed them to carefully analyse the event driven situation and identify a significant merger-arbitrage spread in the latter part of the trade, which was successfully captured.

Contrarian ideas and the short book
Portland Hill’s contrarian ideas are often significant drivers of its portfolio performance. One example was when Portland Hill built a sizeable position in Rémy Cointreau, a leading cognac producer with ca. 17% market share by value, at around €50 a share. After two years of a declining stock price, Rémy’s refocus away from the ultra-premium category towards the high-end >$50 a bottle market allowed it to capture more of the ‘premiumisation’ trend of Western consumers, leading to growing presence in the US market, and a rebound in Chinese demand as a growing middle-class became more able to afford its products. The share’s current price of €97 demonstrates that Portland Hill’s investment approach allowed it to identify an inflection point and build up a position at an attractive entry point.

Portland Hill’s short book has also made significant contributions. A megatrend for years has been the shift to internet retailing, and Portland Hill has profited from short positions in a UK clothing retailer that had a weak competitive position. Similarly, UK food retailers have been a rewarding short theme as they have struggled to compete given the deflationary trends exacerbated by new entrants such as German hard discounters. June 2017 is a good example of how Portland Hill’s short book contributed to its performance. In a month where the STOXX 600 was down 2.7% the short book contributed +3% to the fund, as several shorts were down between 10% to 22%, thereby allowing the flagship fund to deliver +1.9% net in a difficult month.

Long only strategy
In February 2016, Portland Hill launched its European Long Only UCITS fund due to investor demand and has delivered returns of +25% net since inception. Lucas has a constructive outlook for European equities, the rallying of which is underpinned by fundamentals in the form of corporate performance, confirmed earlier this year as companies beat expectations at the top and bottom line. The weaker Euro in 2016 may have been a tailwind but Lucas thinks that there is much more behind the performance. Though European equities nearly always trade at a discount to US equities, to a greater or lesser extent, Lucas argues that interest rate differentials prevailing today could justify a narrower valuation gap. The long only strategy runs a concentrated book that has a close overlap with the long book of the hedge fund strategies.

“Some investors wonder what the capacity of our strategy is,” Lucas explains. “We generally find very good liquidity in our target universe. And strategy capacity is also partly a function of portfolio turnover so we still see a lot of room to grow.” Portland Hill’s sensitivity to liquidity issues is mitigated by the firm’s typical holding period of one to two years for core positions. This is much longer than some other hedge funds, though Portland Hill’s tactical book can have shorter time frames.

With a very strong investment return so far in 2017 and Europe catching more attention thanks to reduced risk perception and strong earnings reporting, the fund continues to attract new investors to its Cayman and UCITS funds. Lucas is confident that portfolio catalysts should materialise over a multi-year time span and looks forward to the next five years.