Originally published in the November 2020 issue 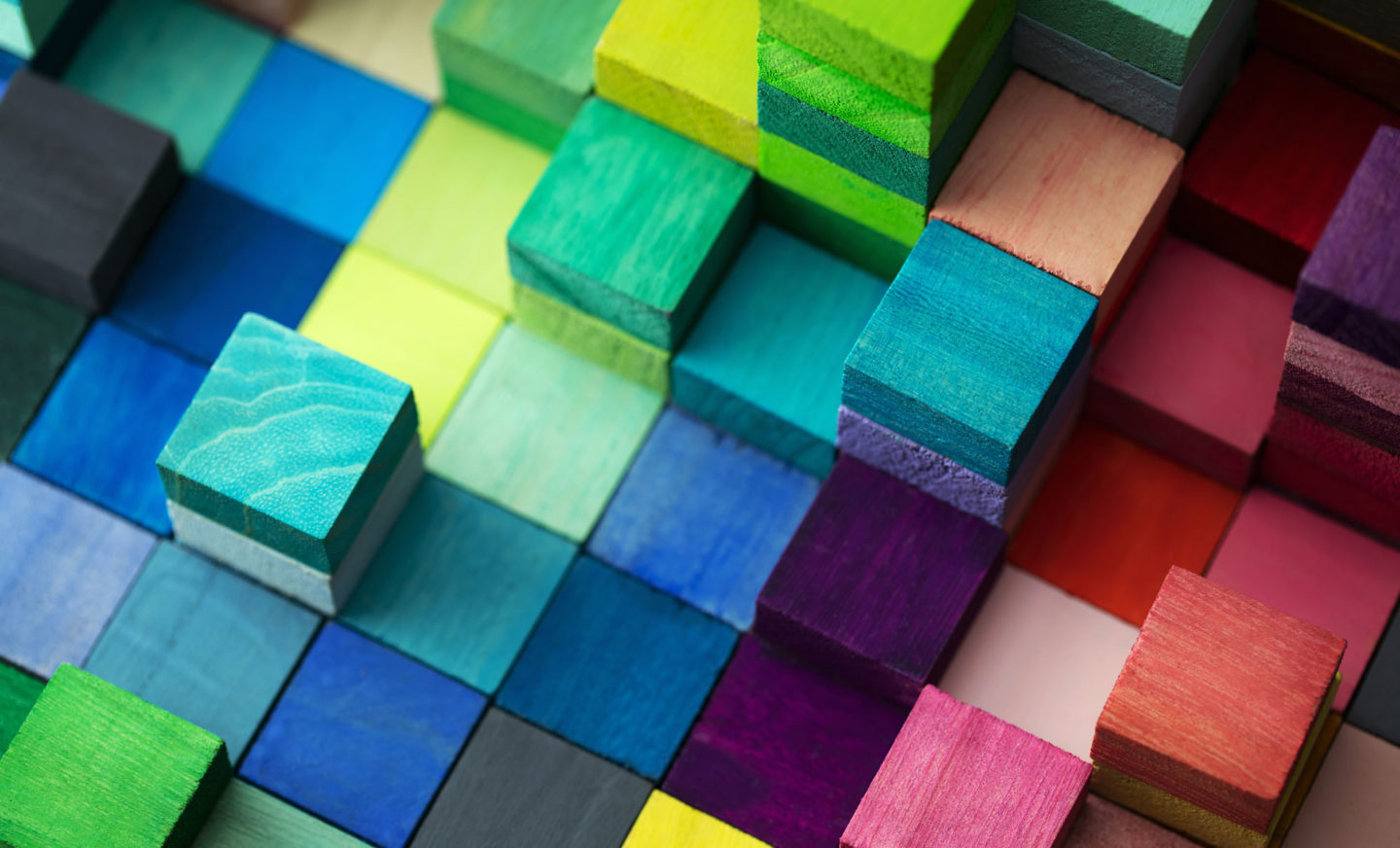 On Oct. 7, 2020, the U.S. Securities and Exchange Commission (“Commission”) adopted a new rule under the Investment Company Act of 1940, as amended (“1940 Act”), aimed at streamlining the regulatory framework for the investment by regulated funds in other funds (“fund of funds arrangements”).1 Subject to complying with certain conditions, Rule 12d1-4 (“Rule”) will permit a registered investment company or a business development company (“BDC”) to acquire the securities of any other registered investment company or BDC in an amount that exceeds the limits set forth in Section 12(d)(1) of the 1940 Act, without the need for such fund to obtain exemptive relief from the Commission. The Rule, which was first proposed in December 2018, is intended to provide regulated funds with investment flexibility, while at the same time protecting investors against concerns potentially raised by fund of funds arrangements.2

Notably, the Rule expands the scope of the types of regulated funds that may participate in fund of funds arrangements in excess of the Section 12(d)(1) limits, to include, for example, investments in unlisted closed-end funds and unlisted BDCs. In doing so, the Rule will eliminate unnecessary distinctions among fund types and create a more uniform framework for all registered funds and BDCs. In addition, the Rule is not exclusive, and regulated funds may continue to rely on other statutory exemptions under Section 12(d)(1), including Section 12(d)(1)(F).3 Overall, the Rule’s streamlined approach should create opportunities for asset managers to consider launching new fund of funds products.

Private funds, which as acquiring funds are subject to a 3% investment limit under Section 12(d)(1)(A)(i), are excluded from the Rule, and therefore cannot rely on the Rule to invest in excess of the 3% limit in a regulated fund.4 However, as discussed below, the release of the Commission adopting the Rule (“Adopting Release”) notes that the exemptive relief process would provide an appropriate opportunity for the Commission to consider fund of funds arrangements involving private funds.

Overview of the rule and related conditions

Limits on control
In order to rely on the Rule, an acquiring fund and its “advisory group” may not acquire control over an acquired fund.6 The 1940 Act defines control as the power to exercise a controlling influence over a company and sets up a rebuttable presumption that a person who beneficially owns more than 25% of the voting securities of a company controls such company. However, a control relationship may also be found to exist depending on the facts and circumstances of the situation, even if less than 25% of the voting securities of a company is owned. Under the Rule, assuming that the facts and circumstances do not suggest the existence of a control relationship, an acquiring fund will generally be able to invest up to 25% of the acquired fund’s shares. 7

Voting requirements
While all funds may acquire up to 25% of an acquired fund’s shares under the Rule, the Rule imposes different voting requirements on acquiring funds depending on whether the acquired fund is an open-end or closed-end fund. The Adopting Release notes that closed-end funds may be more likely to be the target of proxy contests because of annual shareholder meeting requirements, and therefore they may be more susceptible to undue influence from acquiring funds. To mitigate this potential influence, an acquiring fund and its advisory group that own more than 10% of the outstanding voting securities of an acquired closed-end fund must use mirror voting to vote the shares of such fund. 8 In addition, in the event the share ownership of an open-end fund or unit investment trust exceeds 25% (which would be expected to happen only if there was a decrease in the outstanding voting securities of the acquired fund), the acquiring fund and its advisory group likewise would be required to mirror vote their shares of the acquired fund. These voting thresholds differ from the thresholds initially proposed, which would have required mirror voting at a much lower 3% threshold.

Required findings
A key aspect of the Rule is a requirement that the investment advisers of acquired funds and acquiring funds that are management companies9 make certain findings intended to alleviate potential concerns of undue influence by acquiring funds in fund of funds arrangements.10 An acquired fund’s investment adviser will be required to assess, at a minimum, the following factors enumerated in the Rule in order to make a finding that any undue influence concerns associated with an investment by an acquiring fund are reasonably addressed:

While the rule as proposed would have required an acquiring fund’s investment adviser to make a determination that the investment was in the “best interest of the acquiring fund,” the Adopting Release notes that this standard could be unclear or overly broad, and the Rule as adopted instead focuses on an evaluation of the complexity and fees and expenses of the fund of funds arrangement. Certain other differences between the proposed rule and the Rule as adopted include the requirement for the acquired fund findings and the required timing and frequency for making the findings and reporting to the board of directors. Under the Rule, an investment adviser will be required to report the applicable findings to the board one time, at the next regularly scheduled board meeting, with ongoing reporting conducted pursuant to the fund’s compliance program in connection with Rule 38a-1 under the 1940 Act.

The Rule will generally limit fund of fund arrangements to two-tier structures (i.e., one acquiring fund and one acquired fund), due to the potential for excessive fees and investor confusion posed by multi-tier arrangements.

Limitations on complex structures
The Rule will generally limit fund of fund arrangements to two-tier structures (i.e., one acquiring fund and one acquired fund), due to the potential for excessive fees and investor confusion posed by multi-tier arrangements. However, the Rule does contain certain limited exceptions, including an exception to allow an acquired fund to invest up to 10% of its total assets in other investment companies or private funds, without any restriction on the size of the investment in any one fund.14 This 10% exception is intended to provide portfolio management flexibility for funds, while continuing to prevent unnecessarily complex arrangements. The Adopting Release also acknowledges that certain existing multi-tier fund structures may be required to modify their investments in order to comply with the Rule.

Other provisions of the rule and related changes

Rescission of exemptive orders and withdrawal of no-action letters
The Commission is also rescinding all orders granting exemptive relief from Sections 12(d)(1)(A), (B), (C) and (G), with certain limited exemptions, as well as rescinding the relief relating to Sections 12(d)(1)(A) and (B) contained in exemptive orders for exchange-traded funds (“ETFs”). Fund of funds exemptive relief that is outside the scope of the Rule will remain in place. No-action letters issued by the staff of the Division of Investment Management of the Commission (“Staff”) stating that the Staff would not recommend an enforcement action relating to Section 12(d)(1), except those falling outside the scope of the Rule, will also be withdrawn.

Amendment to Form N-CEN
Form N-CEN, which requires registered funds to provide census-type information to the Commission on an annual basis, will be amended to require a management company relying on the Rule or on Section 12(d)(1)(G) to disclose such information in the form.

Recordkeeping requirements
The Rule will require acquired and acquiring funds relying on the Rule to maintain the certain documentation, including copies of fund of funds investment agreements, records of the findings made by investment advisers and records of the applicable evaluations supporting such findings.

Compliance dates
The rescission of Rule 12d1-2, the rescission of exemptive relief, the withdrawal of no-action letters and the amendment to Form N-CEN in connection with the Rule will be effective one year after the effective date of the Rule.

Impact of the rule on regulated fund boards and advisers

Impact of the rule on private funds

The Adopting Release does not rule out the possibility of future rulemaking in this area applicable to private funds, but indicates that, for the time being, the exemptive order application process would be the appropriate channel for further consideration by the Commission of fund of funds arrangements involving private funds (though exemptive relief has not previously been granted to permit a private fund to exceed the Section 12(d)(1) limit). The Adopting Release notes that providing relief through the exemptive process to private funds wishing to exceed the 3% investment limit would permit the Commission to design appropriate conditions, limitations and reporting requirements, while allowing the Commission and the Staff to monitor and analyze the impact of fund of fund arrangements involving private funds, prior to considering any future rulemaking. The Adopting Release also encourages interested parties to contact the Staff of the Division of Investment Management with any input on these types of arrangements involving private funds.