Stress Testing for a Labour Government

Originally published in the September 2019 issue 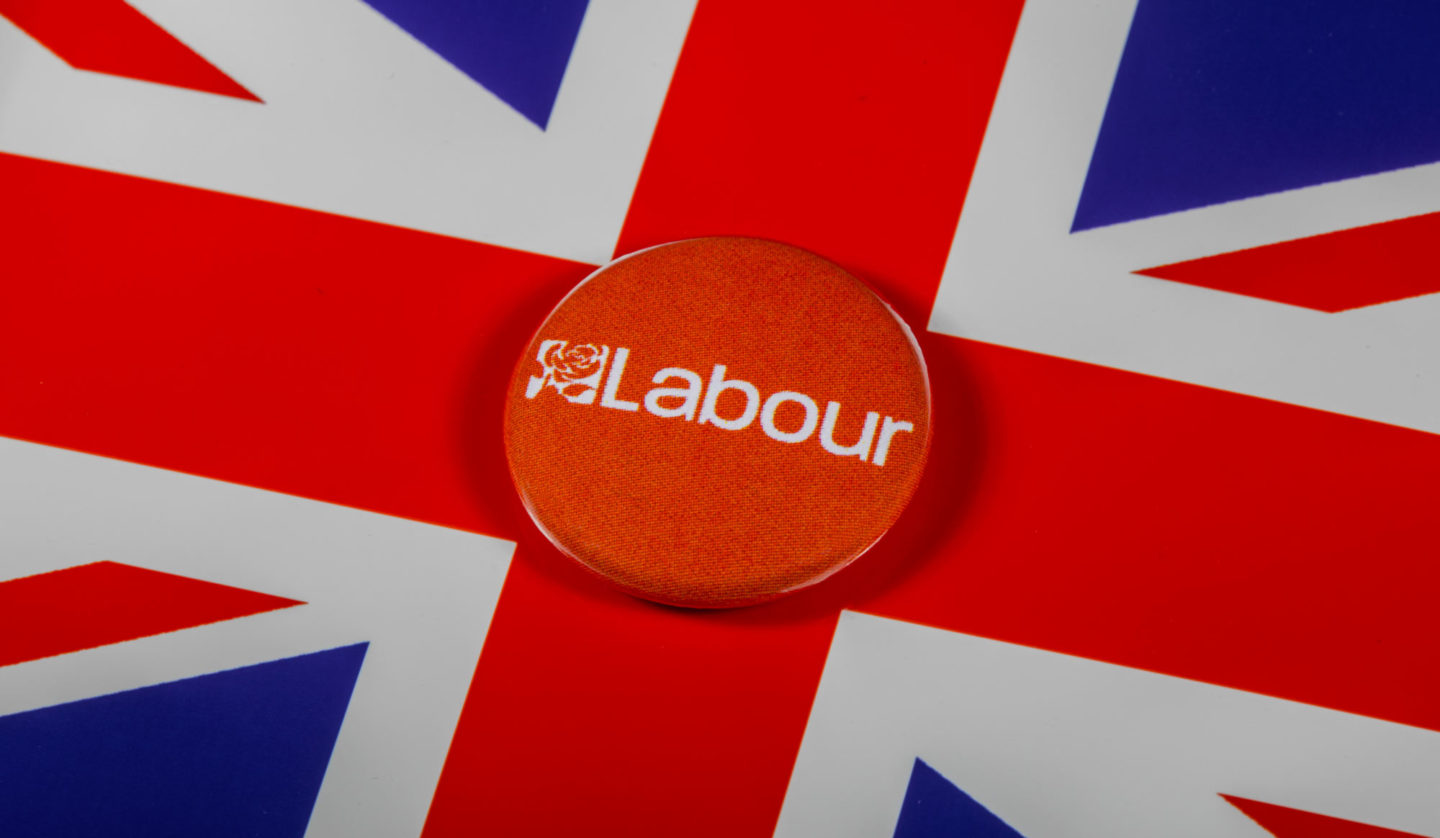 Simmons & Simmons assess a Labour Government to be a high impact scenario, as discussed in their paper Labour Intensive: A High Impact Scenario. Here we highlight proposed Labour policies of most relevance to hedge funds, and ask Simmons & Simmons Tax Partner, Martin Shah, to elaborate on some broad brush considerations for hedge fund managers and strategies; the lack of clarity and detail in many of Labour’s proposals precludes more precise guidance. The breadth and depth of the proposals means that managers of strategies ranging from shorter term systematic traders right out to activists with multi-year holding periods could see impacts for their investment strategies, not to mention their personal and corporate tax burden and privacy.

A general anti-avoidance rule could leave managers feeling they were never sure if certain arrangements might not be re-analysed and subject to scrutiny in future.

Increases in personal and business taxes

To the extent that a large proportion of hedge fund managers operate through LLPs and so pay individual income tax and national insurance, rather than corporation tax, measures targeting “excess incorporation” would potentially affect fewer managers than the increases in personal tax.

“Higher tax rates are a consideration, and certain clients are thinking about their options if there were a significant increase. Many managers have offices not only in London but also in other locations, which gives them some flexibility. We do not expect them to be moving operations lock, stock and barrel. It is too early for firms to think about making such wholesale changes as their tax bill is only one among a number of factors, and relocating would be a significant lifestyle change. It is more about individuals considering what optionality they have.”

“There is no real clarity or visibility on non-domiciles, the proposals are very light on detail. Many of our hedge fund manager clients have already become deemed domiciled, or very shortly will be. There is still though the potential for broader reform to non-domicile rules.”

“In principle, successful hedge fund managers could be impacted, although the application of the levy to businesses conducted through LLPs is unclear. The bank payroll tax a decade ago was an example of a similar levy, but hedge fund managers were generally not in scope. This time though the proposal is not limited to any particular sector. As a levy on employers, it could also impact the location of highly paid staff. Companies might, if given a choice, prefer to locate or hire staff in other countries so that the levy did not apply.”

“The type of tax planning done a decade ago is not much seen these days, particularly with regard to mass marketed schemes. This measure should rather be seen as part of a broader continuing change in how the tax authorities approach a number of issues, with a greater focus on challenging arrangements that are viewed as inappropriate planning.”

“There is a concern about how a broader general anti-avoidance rule would be applied and used in practice: this is not so much about rates of tax but more around a further loss of certainty for taxpayers that such a rule could create if it allowed HMRC to come back and re-characterise what has been done in the past. A general anti-avoidance rule could leave managers feeling they were never sure if certain arrangements might not be re-analysed and subject to scrutiny in future.”

Labour would also expand HMRC resources by allocating a further £200m of funding to HMRC and creating a Tax Enforcement Unit.

“Many of the recently introduced European financial transaction taxes, eg in France and Italy, have had a relatively limited impact, for example not affecting intraday transactions. However, the expectation is that Labour specifically want to tackle the use of CFDs and other derivative arrangements that might be perceived as avoidance. Such a change would likely be of less relevance to longer term investors such as activists who may anyway avoid using synthetics because they want to retain voting rights. It would be of most relevance to shorter term strategies such as statistical arbitrage.”

“Inclusive-ownership funds may have a limited first order impact as few hedge fund managers will satisfy criteria such as 250 employees, and the rules as currently proposed would seem not to apply to LLPs or foreign owned companies.”

Nonetheless, there are a handful of London-based hedge funds which might be captured.

The world is already travelling in the direction of managers and directors having regard to a broader range of ESG principles, but this would be a huge upswing placing greater focus on factors including the environment and wider society.

Public reporting of income and ownership

Transparency, through publication of high net worth individual (earning over GBP 1 million per year) and large corporate tax returns, the adoption of full country-by-country reporting and a focus on identification of the beneficial owners of companies and trusts.

“Many UK hedge fund managers operate through UK limited companies and their published financial statements currently show a limited number of line items, including profits and taxes for accounting purposes. The proposal would expand disclosure to the full tax return of the corporate, which would let interested parties see information at a much more granular level.”

“On the individual side, personal tax returns in the UK are not visible beyond those that have occasionally been voluntarily disclosed. Making them public would entail a significant loss of individual privacy. From a UK standpoint there is a strong duty of taxpayer confidentiality imposed by statute on the tax authorities, so publication of returns would be a big shift away from that.”

“The proposal for public disclosure would seem to be partly modelled on the regime applying in several countries in Scandinavia, but there the whole population is covered, not only high net worth individuals. Summary individual taxpayer information in Norway, for example, can be requested online via a website that you log into, where the subject can identify who is making the request. The current proposal would not seem to require any reason or details of who was making the request, since the information would be public, and in addition, the implication is that the full return would be made available rather than just a summary.”

“Persons with significant control (PSC) reporting rules have provided some degree of transparency on ownership of UK based entities for a number of years, broadly at a threshold of 25% (of shares and/or voting rights) to link with KYC and AML requirements. The proposal would seem to broaden this to giving full transparency on all beneficial owners. That also raises issues around privacy and confidentiality.”

“The proposal would certainly affect businesses with UK headquarters, and could also impact managers with headquarters in the US or Asia that have UK subsidiaries or operations.”

“It could also have implications for investor transparency on those rare occasions when investments are made through a UK domiciled investment vehicle.”

“Rules on suppliers to government could have a direct effect on hedge fund managers that manage money for public pension funds such as local authority funds.”

“The proposed criterion on a 20:1 pay gap does not make it clear if the pay used to define the gap would include dividends or other income from ownership of corporate structures – and it is not straightforward where an LLP structure is adopted to split out remuneration for day to day activities from the return received as an equity holder. If a Labour Government looked to implement this, there would need to be much discussion and consultation. As with many of Labour’s proposals, we can see the broad theme of what is being said, but do not yet know how it would apply in practice.”

A manifesto pledge to amend company law so that directors owe a duty directly to employees, customers, the environment and the wider public.

“This broadens out the range of factors that directors must consider in addition to shareholder value, and would put boards of companies in scope to a much harder task to justify what they are doing. The world is already travelling in the direction of managers and directors having regard to a broader range of ESG principles, but this would be a huge upswing placing greater focus on factors including the environment and wider society. The proposal goes beyond raising the importance of ESG to mandating duties under company law. It could be a real challenge for businesses to deal with the conflicts that would arise and it is not clear what if any protections, or safe harbours, would apply to deal with them.”

“Strategies based on maximising shareholder value could be less certain in how they were implemented. Activists and other managers engaging with companies would have to proceed on the basis that other factors need to be taken into account by the board.”

“This could increase deal break risk for event driven and merger arbitrage funds at a time when anti-trust and other issues, such as national security, are already leading to fears of deal breaks. It could at one extreme deter acquirors from making offers for UK businesses.”

Many of the proposals above – most obviously, higher corporation tax – could reduce the valuations of UK companies across all sectors. For instance, the FTT proposal could increase the cost of capital for UK companies. The Inclusive Ownership proposal would effectively dilute shareholdings due to the issuance of shares required by certain larger companies. The Suppliers to Governments proposals could hurt companies that missed out on, or lost contracts, as a consequence of not complying with the criteria.

Proposed rules on the taxation and systemic reform of real estate, and the possible nationalisation of infrastructure (potentially water, energy networks (transmission, distribution and recently a threat it will extend to retail energy companies), rail, mail and PFI) would have specific impacts on investors in those sectors.

“Firms such as retailers or housebuilders with high real estate holdings, or real estate debt funds, could be impacted by lower property values.”

Managers with a net long position in certain UK equities might see an adverse impact. Long/short or market neutral managers who are adept at predicting relative winners and losers from the proposals might be able to generate some alpha from their effects.

“Those invested in infrastructure firms face some threat of nationalisation and it is not clear what compensation they might get. Availing of Bilateral Investment Treaties (BITs) may afford investors some degree of protection and compensation against nationalisation proposals.”