The art and science of hedge fund selection 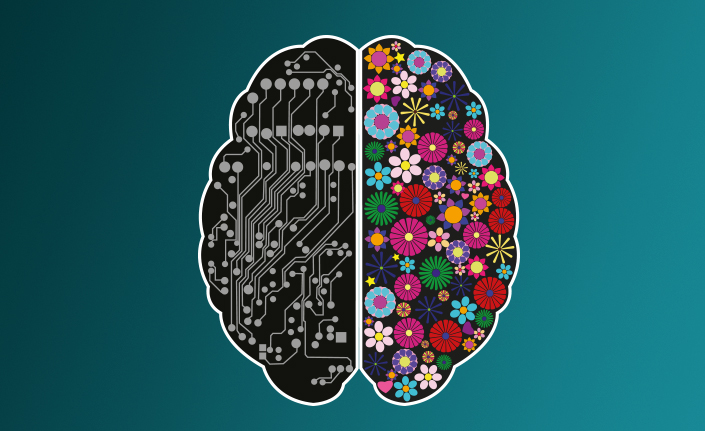 Research, performance, alignment, institutional client service, and long-term relationships were the watchwords I walked away with after meeting Patrick Ghali of independent hedge fund advisory firm, Sussex Partners, which this year won The Hedge Fund Journal’s service provider award for “Best Hedge Fund Advisory Firm”. The firm also remains very selective, and fervent believers in the widely questioned fund of funds business model. Until very recently Sussex kept a low profile, growing by word of mouth, and has only really begun to openly discuss how it has spent 10 years carving out its niche advising on a handful of hand-picked hedge funds.

Research is not seen as a cost for Sussex; it is the lifeblood of their business. Sussex is choosy and only represent six or seven managers, each of which Sussex deems to be in the top three performers in their space. Sussex is in no rush to boost their roster, and can spend as long as five years getting comfortable with managers. Sussex’s current six managers span the gamut from a $100 million boutique to a $10 billion behemoth. That the smallest manager – Japanese small cap specialist United Managers Japan (UMJ) Kotoshiro – intends to close at $400 million shows how performance can be prioritised over asset gathering. Manager Masahiro Koshiba was previously part of the top-performing Whitney Japan team, and accounts for around a quarter of the Kotoshiro fund’s assets. Despite this pedigree Sussex still waited five years for the manager to reach critical mass in terms of assets, before recommending the fund to clients. Sussex does their own on-site due diligence, wherever managers are, including in Shanghai, Mexico or Tokyo. All funds must receive the imprimatur of Sussex head of research, Pablo Urreta, who recently became a partner.

Performance of 6-8% would satisfy many Sussex clients, whose mantra is “clients are with us not to get rich but to stay rich”, says Ghali, hence Sussex seeks out asymmetric return profiles and is wary of excessive leverage, illiquidity and model-based pricing. In fact, many Sussex funds have surpassed the return target by a large margin. Performance has been recognised with abundant industry awards over the years and Sussex has also furnished us with some recent figures. In 2013 Sussex’s worst performing single manager fund still delivered double digits (+10.4%) and compared very well with CTA peers. The fund, Quantica, was founded by Zurich University game theory lecturer, Bruno Gmuer, and introduced to Sussex by one of their largest clients. Sussex’s best 2013 performer made +41.6% versus that fund’s index of 7.53%, for 34.07% outperformance. Sussex’s funds of funds also had a strong year, returning between 13.34% and 23.81% last year, outperforming their indexes by 4.6% and 14.54% respectively.

Sussex aims to be aligned with both its managers and its investors, and “eat their own cooking” by frequently co-investing into the funds that they market, and they expect nothing less from managers. Sussex only gets paid on a success basis, thereby aligning its and its investors’ interests. Due to this fee structure, Sussex has to believe their managers will perform over the long term, as it does not begin to earn profits on a manager for an average of two to three years, and then only if that manager actually performs.

Sussex also does not receive any retainers from managers, so ultimately the performance and risk imperatives trump any loyalty to managers and Sussex can be swift in replacing managers. Sussex has ceased representing managers for various reasons: deteriorating performance; style drift; key man departures including a risk manager who left; hard closures of funds; or simply because, in their constant search for funds, they may identify a better manager. Sussex has avoided blow-ups and frauds and, unlike many intermediaries, did not advise its clients to invest into Madoff feeders.

Nonetheless, we still revisited the crisis to gauge the acid test of client service. We had to hark back to the dark days of 2008 to investigate how Sussex and its clients handled the trauma of a deep drawdown. Although Sussex’s worst 2008 performer made up only a slither of assets, the episode is instructive. A structured credit vehicle run by one of Europe’s largest CLO specialists, Alegra, was at one point down 85% on a mark-to-market basis. This tested the quality of client communications from both the manager and Sussex. The storyline was that the vehicle had experienced no technical defaults; the losses were entirely liquidity-driven; the market was dysfunctional; the paper held had prospective yields of up to 250%; clients would be crazy to crystalise losses at this stage. Clients digested the logic, most of them hung in there, all losses were recouped – and then some 100%+ on top of that.

Sussex in 2008 took pride in being proactive about alerting clients to losses, and Ghali reflects that “these were not nice conversations”. As the first messenger of bad news, Sussex bore the brunt of investor anxiety. But Ghali insists that “candid communication is essential to build a sustainable business”. Sussex today has around 120 clients that have invested through them and that they know very well – with some exchanging five or 10 emails per day. This intimacy makes Ghali feel the business is more like an extended multi-family office than an advisory business.

Unlike many family offices, Sussex is and has been regulated from an early stage of the business, initially by the UK FSA (now FCA) with US partners also regulated by the SEC and FINRA. Sussex does not market to retail investors, and although many high-net-worth individuals are classified as “accredited” or “sophisticated” investors, Sussex has always focused exclusively on institutions. For marketing in the EU funds represented by Sussex have historically made use of the National Private Placement Regimes (NPPRs) and is currently weighing with each manager two other possible avenues: AIFMD passports and UCITS vehicles. Reverse solicitation is not a route that Sussex feels comfortable with as they are not prepared to risk falling foul of disparate rules. In the USA Sussex admits that while some states may have created obstacles to marketing funds – such as California’s requirement for marketers to public pension funds to register as lobbyists – the regulatory framework for intermediaries needs to be assessed on a state-by-state basis. Sussex is also flexible on investment vehicles: one Sussex manager – SkyBridge – already has a regulated ‘40 Act fund; some clients invest via dedicated managed accounts, and managed account platforms could also be considered.

Funds of funds are one vehicle that Sussex remains, perhaps unfashionably, enthusiastic about. Given their apparent acumen at picking managers Ghali is often asked why Sussex itself does not run a fund of funds. He thinks they would need far more resources, infrastructure, and experience at sizing positions to do that and so prefer to act as a kind of “gatekeeper” for a select clutch of funds of funds. Sussex is often asked to identify managers who can do the work behind “white label” funds of funds for private banks and family offices. In particular Sussex seeks out “idiosyncratic expertise and customised products”. While plain vanilla, hyper-diversified, multi-strategy funds of funds (which hold no interest for Sussex as “you get returns like the HFR index if you are lucky”) may have fallen prey to an ongoing price war, Sussex finds that some niche, specialist funds of funds can still command fees as high as the 2 and 20 traditionally associated with single managers.

These fees are commensurate with Sussex’s view that funds of funds are portfolio managers in their own right – much more than mere “allocators”. For instance, SkyBridge has been adroit at market timing and also has recently demonstrated an edge in specialist areas such as mortgage-backed securities that are not easy for more generalist investors to assess. Additionally, some funds of funds, Sussex claims, have negotiated big enough fee discounts from underlying managers to reduce their own overall cost ratio to no more than a single manager. Sussex also has relationships with little known funds of funds that only work for universities and endowments. Sussex’s funds of funds had a relatively good 2008 with one down close to 10% and the other up over 3%.

One Sussex founder, Robin Nydes, also had first-hand experience of the fund of funds business. Nydes also founded Daiwa Europe Limited’s structured finance group and sat on the board of an internet company. This serial entrepreneurial streak is evident in Ghali, who founded and sold an internet company in 2001, whilst studying at New York’s Stern business school. The two founders have instilled an ethos where Sussex still tries to find seasoned professionals who might otherwise become entrepreneurs. Sussex is augmenting its team of advisory professionals byhiring those with at least 15 years’ experience, such as John Bills, aged 49, who formerly led business development at Pamplona and F&C.

Sussex looks for this longevity in its hires because the firm also forges long-term relationships with managers and clients: some managers have been with them for eight or nine years and clients – who can spend as long as two years on due diligence – stay invested for five on average. Hence a “decent chunk” of the over $1 billion raised since inception is still on the books and the firm’s first decade is still seen as its infancy. “We have been going for 10 years and expect to be here for many more decades,” says Ghali.