The Diverse Factors Behind ESG Adoption

Originally published in the January 2020 issue

• There has been a sea change in the ESG space with investors, regulators, asset managers and owners realising both the risks and opportunities posed by ESG.
• Regulation is set to increase across the world as central banks and governments begin to require ESG disclosures.
• The public is increasingly anxious regarding the pace of government action on climate change. This has led to a wave of litigation against a range of defendants for their lack of action, including investment managers and corporations.
• Investors from a range of generations are preferring to invest in ESG focused financial instruments offering a big opportunity for asset managers.
• The rise in volatility expected from climate change is offering opportunities for smart hedge fund managers who have a high degree of strategy flexibility.

PRI in person: The push and pull behind ESG adoption

The PRI in Person conference, held in Paris in September, was the largest PRI conference in history, reflecting the demand and urgency from attendees wanting to see changes in the financial system.

The discussions covered a range of topics, including how the price of carbon is calculated, modelled results on which sectors would win under a climate transition and high-level discussions on the Task Force for Climate-related Financial Disclosure (TCFD), the Inevitable Policy Response (IPR) and the UN’s Sustainable Development Goals.

Across the four-day conference a number of push and pull mega trends emerged which will dominate in 2020. Whilst it was noted that a large number of funds still see ESG as a way to attract capital; the discussions at PRI in Person noted the shift in mindset of PRI signatories away from ESG as a unique selling point to the understanding of ESG as both a risk and opportunity. The old impediments to ESG integration, lower returns, transparency and greenwashing are being eroded by emerging push factors from regulators and pull factors such as performance. 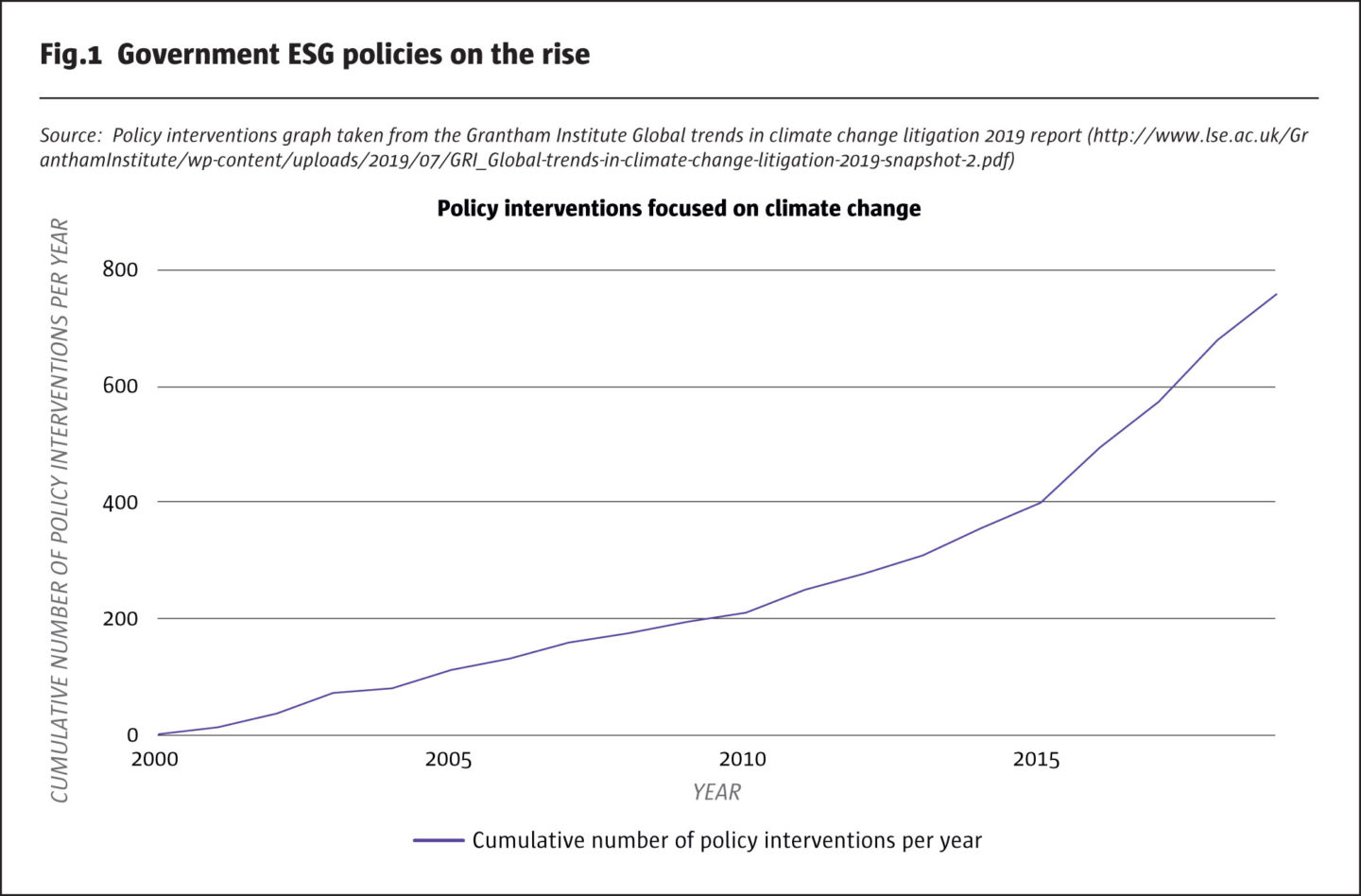 Regulation is beginning to affect investment portfolios from both directions. Issuers are increasingly being scrutinised by governments and international bodies, such as the TCFD, on their climate impact, whereas investors continue to demand greater transparency on ESG reporting from their managers. Policies such as the EU Taxonomy on Sustainable Finance, the EU’s manual on what is defined as a “green” investment, will be integral for managers and investors in determining which investments are sustainable. The announcement that Canada will be creating their own EU-style taxonomy for resource reliant economies is a positive sign that governments are working to create non-prescriptive guidance for managers, rather than top-down regulation. However, as the chart below shows, the direction of travel is clear; climate related regulations on investments are set to increase and become more onerous. A clear example is the Hong Kong1 Stock Exchange’s announcement that they will be setting expectations for how managers should be assessing climate change and creating a database of ESG funds authorised for retail distribution in Hong Kong.

Further to this, there have been numerous examples of so called “survey fatigue” by both managers and issuers, as they are inundated with DDQ requests and RFIs. Often this takes up time with repetitive form filling as each institutional investor and pension fund attempts to differentiate themselves by asking more complex information. In a competitive marketplace, missing the deadline can mean the loss of a mandate which has led to bodies such as SASB (Sustainable Accounting Standard Board) and the GRI (Global Reporting Initiative) to help deal with the 20% rise in ESG-related DDQ requests. In larger organisations, these standards can be incorporated into the investment process. However, smaller managers are at risk of being screened out of managers all together if they do not meet the minimum ESG requirements. 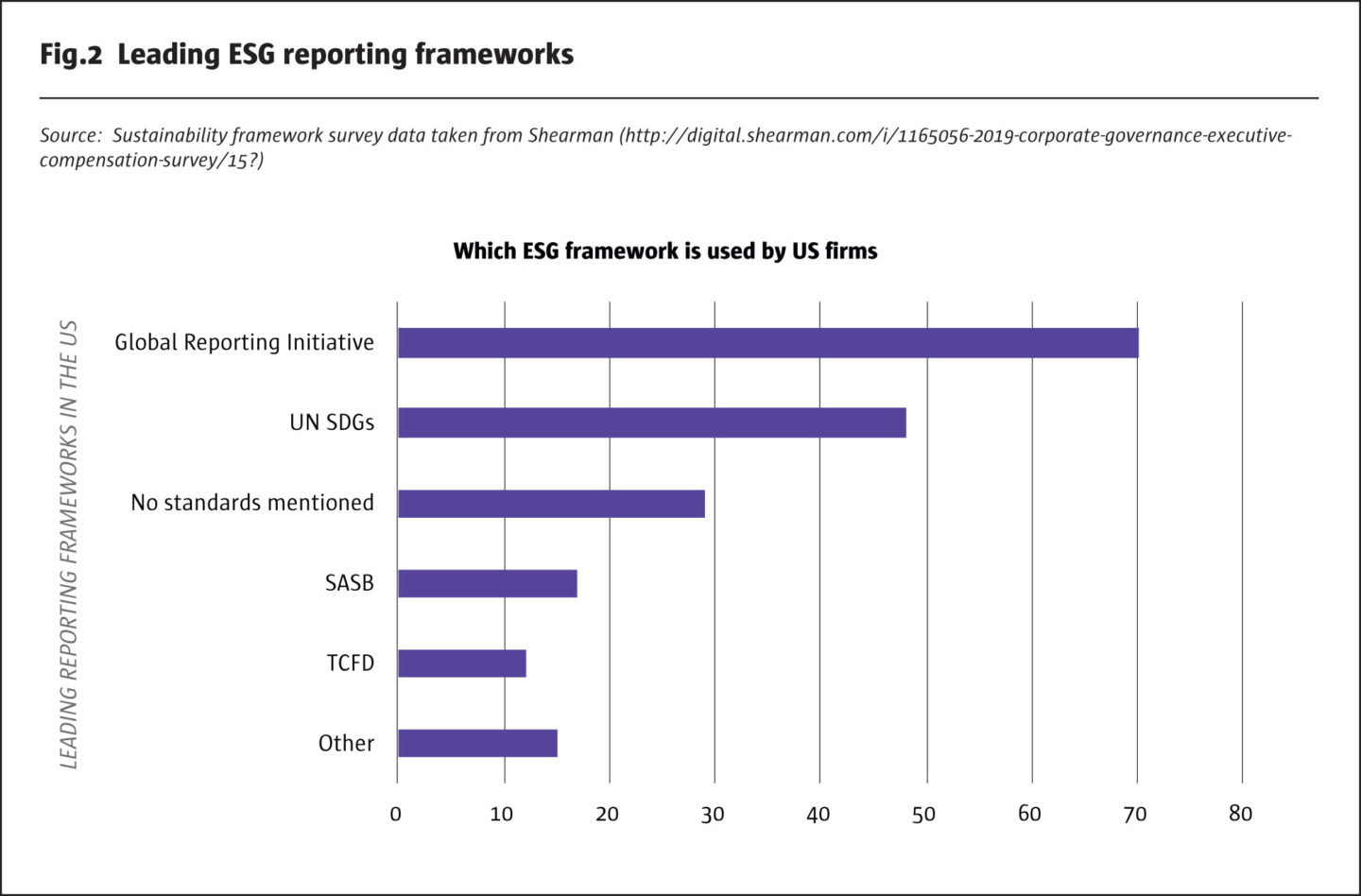 The Paris agreement, now five years old, is set to begin its first “policy ratchet” phase in 2023 when national carbon budgets for each country’s response to limit climate change are implemented. By November, the 195 Paris Agreement signatories are expected to begin draft decarbonisation plans, along the lines of the UN Secretary General’s, António Guterres, four specific requests:

The progression of these policy ratchets may start to increase the risk of stranded assets, as even though continued coal investment is incompatible with the transition to a low carbon economy the global installed coal power capacity is set to increase, as shown by the left hand chart (Fig.3). 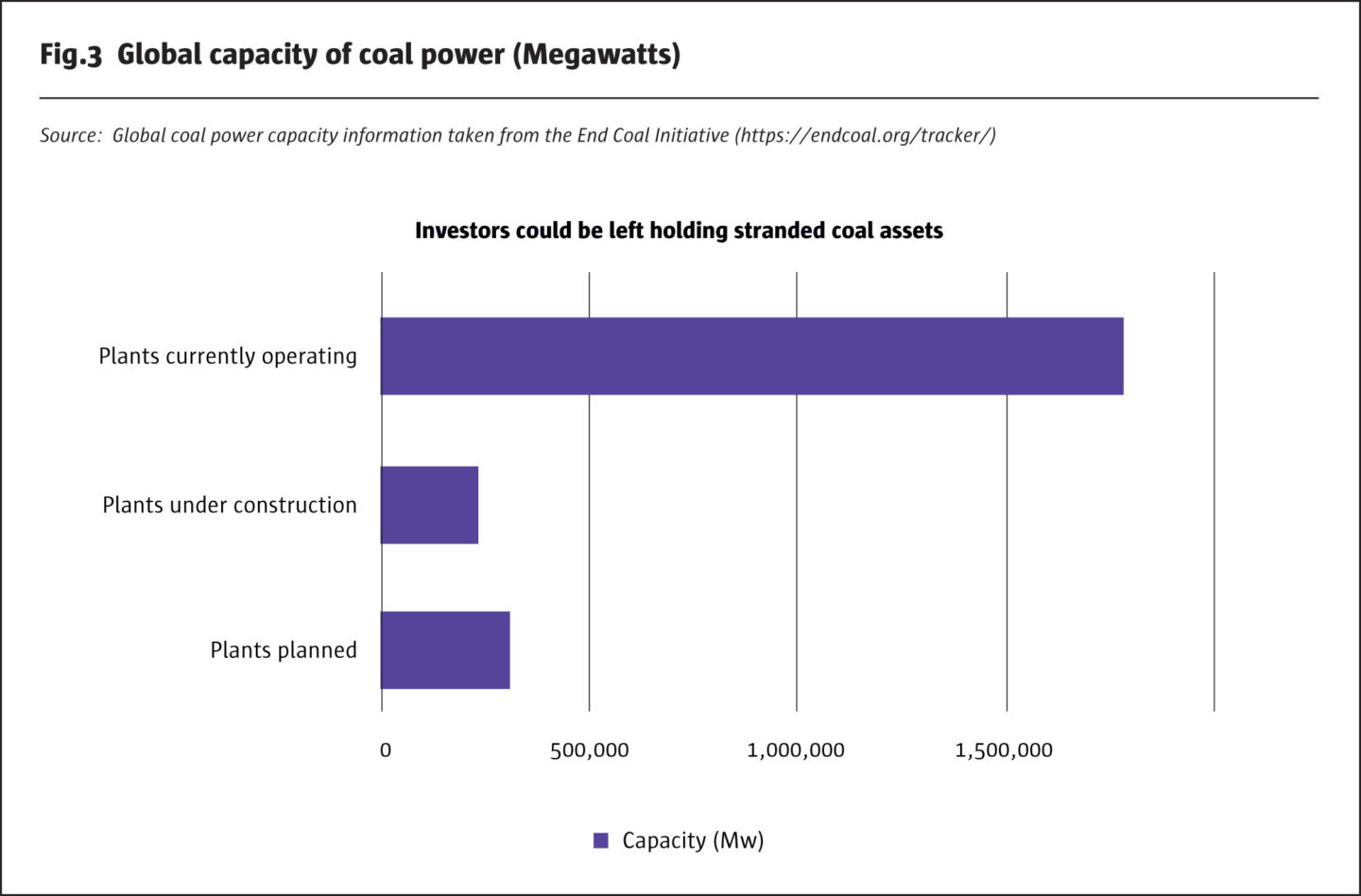 Investors now face the risk of holding assets which are unable to compete effectively against renewables, as the cost of generating renewable energy has declined and pricing is now competitive with traditional energy sectors in many countries. In 2017 the Minister of State for Power, Coal, New & Renewable Energy and Mines for India, Piyush Goyal, stated that the cost of solar power is now cheaper than coal. Quite a statement for a country which derives almost 60% of its energy needs from coal fired plants2. Closer to home, the latest report on the cost of UK energy from the department for Business Energy and Industrial Strategy states that the cost of onshore wind power is the cheapest form of electricity.3

It was once the case that renewables thrived and died on subsidies, however new technology, varying prices and increasing demand has led to this becoming an antiquated idea. Add to this the threat brought by regulatory knee jerks, what the PRI terms as the Inevitable Policy Response, the case behind moving away from certain industries for risk management purposes becomes clear. An example of this direction is shown in the latest report from the EU’s body for sustainable finance which recommends excluding investment in any company which derives over one per cent, 10% and 50% from coal, oil and natural gas respectively. Larry Fink’s recent letter laying out BlackRock’s commitment to divesting from firms with over 25% of revenues from thermal coal suggests the industry is taking notice. 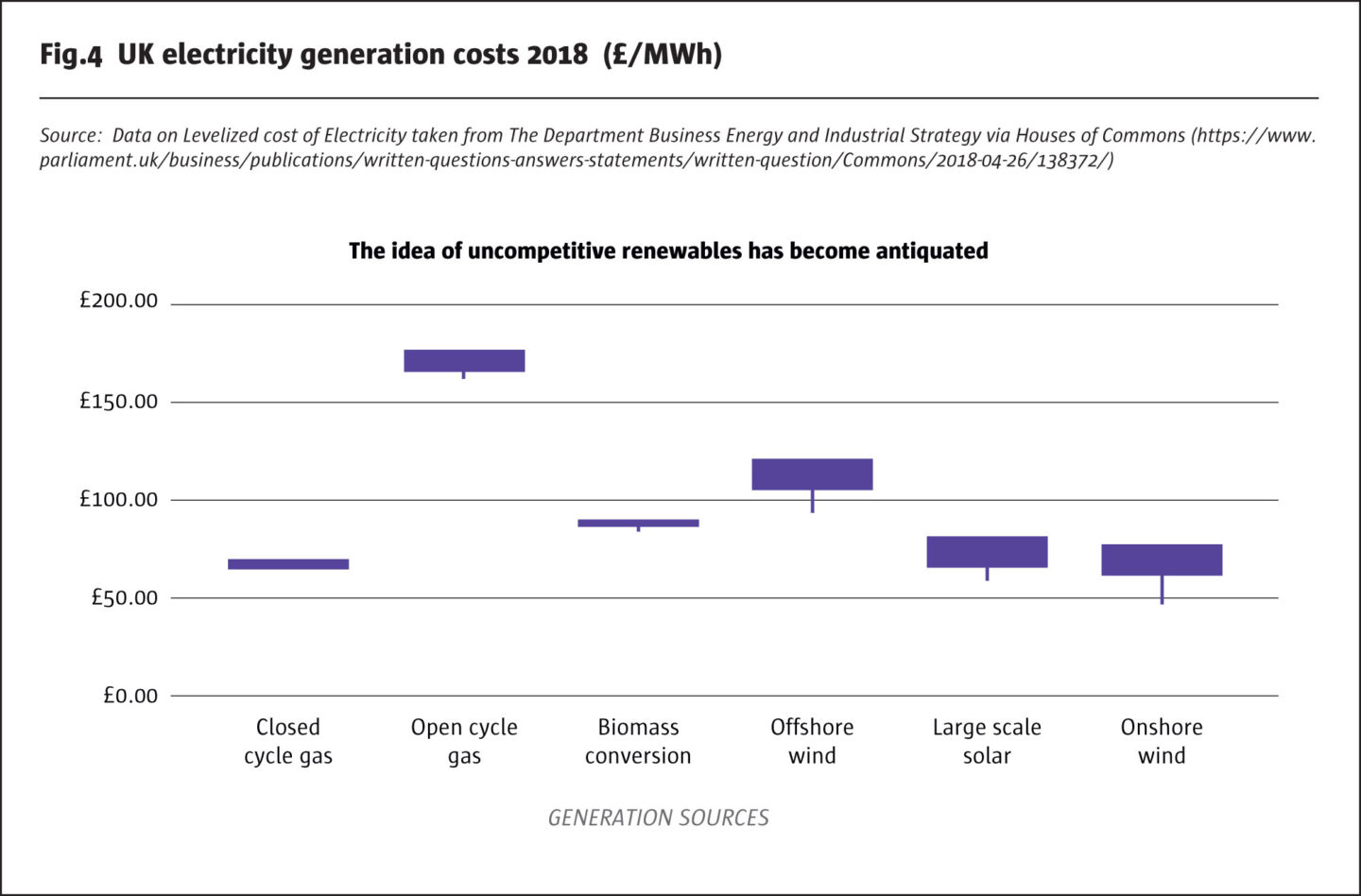 Climate-related litigation is emerging as a growth area for law firms, as plaintiffs look towards the courts as a way to move nations, corporations and investment funds towards a more sustainable future. Cases such as Urgenda v Kingdom of the Netherlands4, Lliuya v RWE AG5 and McVeigh v Retail Employees Superannuation Trust6 are part of a new wave of over 1,200 cases7, 75% of which have been filed in the USA, and have entered proceedings in numerous jurisdictions.

Although cases addressing climate change are not new, this latest wave of litigation reflects the innovations in Attribution Science8 which allows certain events to be attributed to climate change in a way which was not possible in the past. Such science has allowed the increase in intensity of certain weather events to be credited to anthropogenic (human-caused) climate change. For example a 2017 paper9 stated that Hurricane Harvey, which made landfall in Texas and dropped the annual rainfall in four days leading to $125bn damages, was made 38% worse by climate change. Much of the litigation focuses on the Oil Majors, 20 of whom are responsible for 1/3rd of all emissions10 and knowingly supplied a commodity, petroleum, which damaged the planet while spreading misinformation about the product11. The most interesting case against an oil major is Lliuya v RWE. Lliuya, a Peruvian farmer, alleges that RWE, having knowingly contributed to climate change by emitting substantial volumes of greenhouse gases, bore some measure of responsibility for the melting of mountain glaciers which threaten his town of Huaraz with a population of 120,000. Irrespective of the outcome, the court has already taken the significant step of recognising that a private company can be held responsible for their share of climate damages. This case is leading law firms, enticed by the potential for large damage settlements, to strengthen their knowledge on climate law.

A recent article by Michael Liebreich12 suggests that estimated damages in Texas from Hurricane Harvey in 2017 reached $47.7bn. If somehow a case was brought alleging the Carbon Majors were liable for their share, they would immediately become insolvent, a risk Liebreich identifies as not implausible. However, no case has yet succeeded to bring a large carbon emitter to account. As outlined above the stakes for these companies are huge as giving ground on one case would cause a tidal wave of litigation, for this reason they will boldly defend their case.

Many countries and regulatory environments are making a concerted effort, through legislation such as the EU Taxonomy and partnerships such as the Network for Greening the Financial System, to direct capital flows towards industries with good sustainability credentials. These industries include infrastructure investments for charging stations, emerging carbon capture utilisation and renewable energy storage. These areas present opportunities for investors and fund managers.

It has long been understood that socially conscious millennials are helping to drive ESG investing across markets; however, there is an increasing body of evidence suggesting that Generation X (Gen X) are also becoming a driving force. The Wall Street Journal highlights that despite their smaller population, Gen X has a much larger pool of capital compared to millennials and have an interest beyond exclusionary screening, preferring to invest in companies which can demonstrate a positive impact. This may be because Generation X have lived through environmental and social scandals such as the Exxon Valdez Spill, Nike Sweatshops and Foxconn employee suicides. All these were caused to some degree by poor governance oversight which is rarely viewed favourably by investors and often is seen as a warning sign. Whereas millennials, who are in the process of inheriting some $24trn13, are more interested than their parents in investing along the themes which abate climate change as well as bribery and corruption14. Further to this, there is an increasing body of evidence showing that sustainable investing does not sacrifice returns. A study from Morgan Stanley’s Institute for Sustainable Investing found that investing along sustainability themes meets and often exceeds the performance of comparable traditional investments15, both on an absolute and a risk-adjusted basis, across asset classes and over time.

Mark Carney, the outgoing Bank of England Governor’s warning regarding “companies that don’t adapt, including companies in the financial system, will go bankrupt without question” was very widely reported. Less reported was his suggestion some firms have the opportunity to make “great fortunes” if they handled a transition to a low carbon economy correctly. One interesting example can be found from the remains of PG&E, the Californian utilities provider which was found to be liable for starting the wildfire, made worse from climate change, which ravaged the city of Paradise in 2018. Due to a unique Californian law known as Inverse Condemnation, the utility can be found liable if their equipment is found at the spark site of a conflagration, regardless of whether or not they were negligent. This was the thinking behind Seth Klarman’s Baupost Group, which in November 2018 purchased $1bn in subrogation insurance claims.

Aftermath of the Californian wildfires

A subrogation claim, in the case of a fire, arises when an insurance company seeks reimbursement for the damage claims they paid to insured homeowners, when the utility is found to have caused the fire. In the case of the Paradise fire, Baupost Group purchased the rights to claim damages from an insurance firm at a discount (up to 35 cents on the dollar) and were recently rewarded from a $11bn settlement between the claimants and PG&E. This set a blueprint for a new way to hedge the risk of climate change as companies which fail to adapt or mitigate the risk can become an opportunity for hedge fund managers.

Climate change certainly poses an existential threat to how we currently live, and its effects are diverse, omnipresent and will not abate. The trends outlined here can, and in the eyes of many investors, do, pose an opportunity to attract new investors and create new investment strategies.