An innovative event and value investor 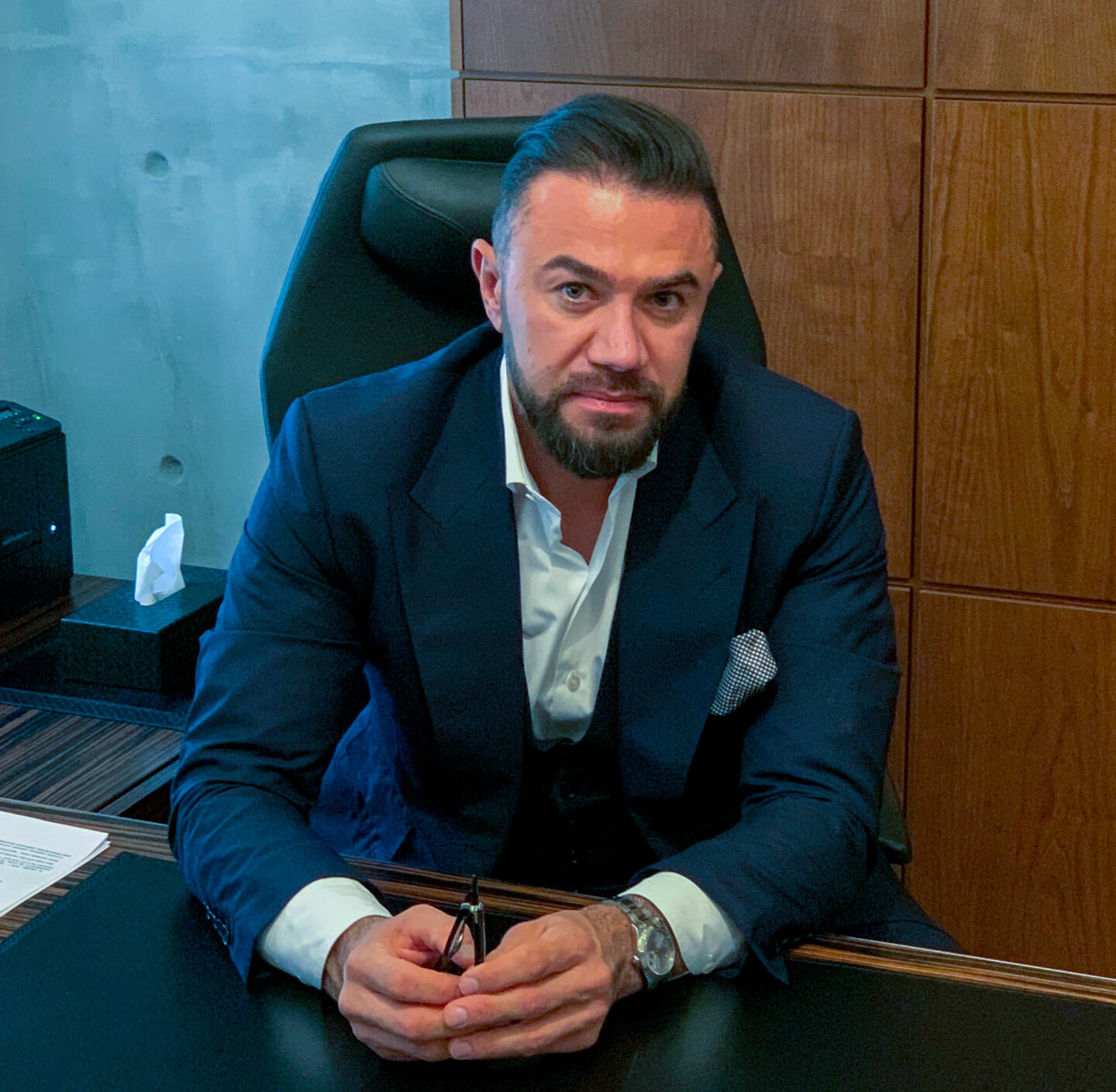 David Amaryan’s Balchug strategy holds no more than 15 positions, with the highest conviction and most liquid of them sized up to 15% of gross exposure. The strategy has annualized at over 16% since 2010. Since launching a fund in January 2019, performance has accelerated to 90% over the past two calendar years, including an advance of 23% in 2020.

Balchug is broadly a value and event driven strategy picking stocks often outside the big index names and emphasising emerging markets, but 2020 illustrates its tactical trading, risk management and wide range of influences, with the US equity market playing an important role. Born in Yerevan, Armenia, Amaryan won a scholarship to study in the US aged 14 and briefly worked for Alliance Bernstein in growth and value equity in New York before returning to the Commonwealth of Independent States.

The strategy has tended to be long-biased but can become tactically more defensive at times. “Over the years we have been getting better at managing risk and volatility, which includes using some mainly exchange traded derivatives,” says Amaryan.

Balchug turned cautious in February 2020, hedging part of its Russian equity exposure with a triple leveraged short ETF and a Russian oil company, and going short of some Macau-exposed casino operators.

The strategy did not go net short overall however, and swiftly rebuilt risk as markets crashed because Amaryan had confidence in economic, commodity market and equity market recoveries. He doubled down on longstanding favourites such as oil firm Tatneft and bought into several US recovery plays in travel, hospitality, retail, real estate, financials and energy. By mid-March, Balchug was 150% net long and Amaryan admits that this was a week before the market trough. By late April, some stocks had appreciated 50-60% and he top-sliced exposures: “With the benefit of hindsight, of course some profits were taken too early, but we needed to stay within risk limits. A few of these US names are still held, with Devon Energy having tripled from the lows”.

Selected Russian equities have been a more enduring fixture. Over the years Amaryan has held either long or short positions in most constituents of Russia’s RTS index, and he could contemplate running a pure Russia mandate. Amaryan has for some years believed Russian equities are undervalued: “Russian equities are at a historically high valuation discount to emerging markets, and I am constructive on the outlook for commodity prices. I see oil around $70 a barrel, based on OPEC supply discipline and recovering demand creating a deficit. My favourite oil stock, Tatneft, is a very lean and well-run company, which pays out nearly all its cashflows as dividends. It is minority owned by the Tatarstan government so nobody will take it away. This was one of the few companies we did not sell in March 2020 – we doubled our position as it dropped by 50-60%. Steel making new highs at $400 a tonne has already surged ahead of forecasts and some steel firms offer dividend yields of 20% or 25%”.

We like to dig deep...we might analyse a company for months and can pay attention to small things.

Russian equities in general offer some of the highest dividend yields, which have grown from 1.5% some years ago to a forecast level as high as 7 or 8% this year. State ownership stakes in some firms is a positive at least in terms of making dividends more stable and predictable. Amaryan estimates that dividend income has contributed over 10% of his historical returns.

Dividend yields are also one driver of domestic retail inflows since local deposit rates have not only declined but are also now taxed; the number of retail brokerage accounts has increased from 4 million to 11 million, and substantial Russian household savings in bank deposits could be shifted into equities. There are also growing institutional flows from pension funds, which have very low equity allocations of 6% that could easily grow by multiples up to 40%. These domestic inflows could even counterbalance or outweigh some scenarios around sanctions.

Amaryan is of the opinion that sanctions under the Biden regime were probably priced into equity prices and is perplexed to see Russia underperforming its emerging markets peers by 20-30% amid a commodities boom. “We could see 30-40% upside in Russian equities, based on history when the threat of sanctions has put more pressure on the market than the sanctions themselves. During this period of uncertainty, the market underperforms, expecting the worst. Our observations show that when the sanctions are announced, this overhang is removed, and the stocks advance. This has been confirmed by the market reaction to the US sanctions announced in April 2021, which met our expectations. The worst part of it was the restriction on US institutional investors buying future Russian sovereign debt on the primary markets. This does not restrict them from buying it on the secondary market.”

However, he is closely monitoring the situation – and has cautiously avoided some banks that might be vulnerable to ratchetting up of sanctions. “We will be watching carefully how the two countries behave. There are no illusions of the relationship improving drastically, but we hope, that it will be more constructive and predictable. A lot will depend on the meeting between Putin and Biden, which should take place in Austria soon. If the situation in Ukraine/Donetsk worsens or, God forbid, Navalny passes away, the next round of sanctions will be much harsher and will hurt the market much more.”

Balchug does not need to observe any sanctions, but has sometimes taken advantage of sanctions-related selloffs, which are one example of event catalysts, along with debt restructuring, management change, index inclusion, increases in dividends or changes in dividend policies. Event driven situations can also include corporate events, such as M&A or spin offs, as well as exogenous events such as natural disasters, force majeures or political and regulatory developments.

Amaryan’s event driven book can also accommodate some disruptive early-stage growth companies. One example is electric commercial vehicle maker, Arrival, a UK company with a Russian CEO and Russian roots, which was taken over by US listed SPAC, CIIG Merger Corporation. “Within 10 years a big share of cars is going to be electric, driven by governments and consumers. We analysed this firm two years before its IPO and liked it very much. We feel that Arrival should deliver most of what it has promised, in terms of key driver orders and micro-factories. The strategy is scalable. Of course, there is a lot of hype, but what is most important is what is left after the dust has settled.”

“We did not get an IPO allocation but bought soon after it floated via a SPAC. We reduced the position above $30 based on our risk management rules and have recently been buying it again. The stock has had a pullback as the market does not understand the story. The banks looking at it see 100% upside, while some management and smaller investors reckon it could be a ten-bagger up to a $100 billion valuation. We think it could be a 50 billion company, implying 400% upside. The fact that it is a UK company is a plus – there would be country risks if it were based in Russia”.

Biotechs are another key group in Amaryan’s event-driven growth category. Moderna was bought well before its vaccine was approved. It was one of the first to announce a vaccine but was not in fact a binary bet on approval since the company is developing treatments for a variety of diseases. The stock has roughly tripled since Amaryan bought.

He has also researched a pool of 20-30 specialised and promising biotechs. One example is TG Therapeutics, which treats a special type of leukemia, and hopes to get approval for a multiple sclerosis treatment. “There is little competition and TG’s therapy could be better than existing treatments. We see 100% upside. We are also monitoring stocks involved in immunology and gene therapy.”

The private equity style research and due diligence process used to generate these innovative ideas includes extensive channel checks including traditional methods and some extra research: “We like to dig deep into the prospects of the company and sector, talking to managers and regulators at all levels. We might analyse a company for months and can pay attention to small things. Once when an analyst put coverage under review, we judged this was a positive signal because the investment bank was most likely to become an adviser. We recently shorted a Russian miner based on environmental issues and a mine flood that affected 30% of output. We sent an investigator to the region to quantify how long it would take to reopen the mine”.

Amaryan has occasionally been invested in firms that were targeted by activists and those seeking a boardroom coup, however he has not played an active role in these situations.

Public equity exposure has historically been the main asset class, but the mandate is potentially broader: “We could invest up to 20% in pre-IPO and see an interesting pipeline of offerings in Russia, including both privatisations and flotations from private equity companies. We have good relationships with local brokers including former colleagues. Secondary private offerings already contributed to returns in 2020 as discounts were quickly repriced”.

Elsewhere in emerging Europe, Amaryan has connections in Turkey and is keeping an eye on bank stocks there but is not ready to invest yet given the authoritarian and unpredictable politics. He has had exposure to some London listings of frontier market companies, such as Kazakstan’s Kaz Minerals. Balchug is monitoring a range of other local frontier equity markets in and around the CIS: Ukraine, Armenia, Georgia and Uzbekistan, though their equity markets are not yet liquid enough; some 75% of the Balchug book can be liquidated in a day, and there are also limits on how much liquidity risk is taken with the rest.

Balchug can invest into commodities or sovereign or corporate debt, though with a maximum of 15 positions there is a high bar to compete with equity holdings. Criteria include upside of at least 50%, combined with limited downside: “Credit will never be plain vanilla, there has to be some special event,” says Amaryan.

Firm assets are $250 million, and the client base is mainly ultra-high net worth individuals and family offices, some of whom Amaryan met while working in private banking at Citigroup, and on the equity trading desk at Troika Dialog, Moscow’s biggest investment bank. Many investors have been with him from the start, and he has drawn inspiration from some highly successful clients. The strategy was applied to managed accounts for 8 years, reflecting client preferences, before launching a Cayman-domiciled fund run pari passu. The fund, which has assets around $50 million, is now raising assets globally, and Balchug contemplates opening offices in London and New York over the coming years to complement its Moscow and Yerevan offices. Fund fees of 1% management and 15% performance are competitive, given the return history.

Though the strategy is creative, mid-2021 themes could re-emphasise the enduring approach: Amaryan anticipated the shift from growth to value investing in late 2020, and he now envisages a longer period of value investing and emerging markets equities being in vogue.