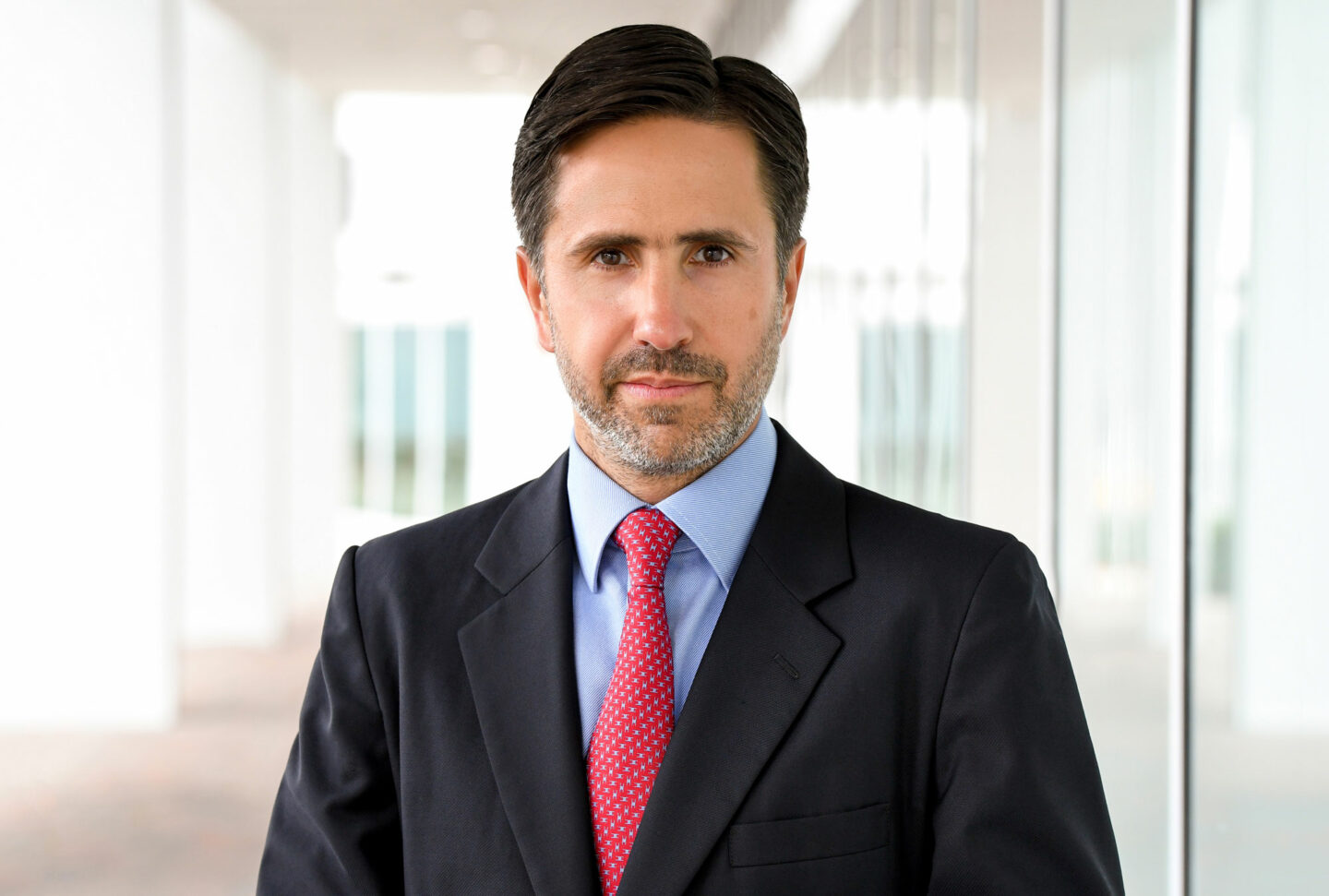 Eduardo Costa named his firm Calixto Global Investors after General Calixto Garcia, a hero of the three Cuban wars of independence in 1868, 1879 and 1895. Garcia was famous for his bravery and perseverance. “The name symbolises perseverance in the face of adversity, a hallmark of the firm,” says Costa, whose parents emigrated to the US and rebuilt their lives after the Cuban revolution in 1959. The kicker is that Calixto Garcia is also Eduardo’s maternal ancestor.

Calixto, which is located near Costa’s family in Miami, Florida, did not start with any seed funding in 2014. “We could have done a seed deal but instead bootstrapped and built from the ground up, raising assets from friends and family and a few key investors,” explains Costa. Calixto did not avail of emerging manager programmes focused on minority managers either, though it is amongst a relatively small number of minority-owned managers.

Calixto has ploughed its own furrow in developing an uncorrelated strategy: “We are idiosyncratic stock-pickers, seeking companies in the TMT and consumer sectors globally that are experiencing positive or negative inflection points in the fundamentals of their businesses,” says Costa. He focuses on investment stories that are off the beaten track, which reduces the possibility of overlapping trades with his peers, tends to have minimal sell-side coverage and offers a more differentiated exposure for the firm’s investors. Over half of Calixto’s exposure – and in recent years over 60% – has been outside the US, with Japan the largest, China next and most of the rest in South Korea, South East Asia or Europe. Japan has been a stalwart for returns, generating both positive absolute returns and positive alpha on both the firm’s long and short books inception-to-date. The firm invests in companies across all market capitalization, with roughly even weights amongst large, mid, and small caps. “Having over half outside the US and two thirds in small and mid-caps is fertile hunting ground for differentiated ideas,” says Costa. Proving his mettle and staying power, Calixto has delivered double-digit annualized returns since inception.

We are idiosyncratic stock-pickers, seeking companies in the TMT and consumer sectors globally that are experiencing positive or negative inflection points in the fundamentals of their businesses.

While Calixto is seeking contrarian ideas, they must be in liquid equities. The manager invests in small caps – but not microcaps – and the strategy stays liquid: 75% of the book could be liquidated in a day, 96% in five days and all of it in 10 days. “I always want to stay liquid because my former employer, Chris Shumway, drilled it in that you never know when circumstances might invalidate a thesis, when you might just be wrong, or when a technical situation such as January 2021 might crop up,” says Costa, who joined Shumway Capital Partners after an MBA at Columbia Business School. Tiger cub Shumway “was a key mentor imparting the basics of Tiger style investing on me early on,” adds Costa.

“William von Mueffling was another mentor; he taught me how to short stocks in my first job after graduation, at Lazard Asset Management,” says Costa. Shorts are all in single stocks and are intended to be profit centres – no ETFs, indices nor sector baskets are used. Calixto’s short book has generated positive alpha in six out of its seven years of trading. The strategy has also shown negative down capture versus the MSCI (as of YE 2020), meaning that in the cumulative months the MSCI has been down, Calixto has generated positive returns.

Net exposure has averaged 25% with gross averaging over 140%, though there is no specific target for either, and Calixto has been briefly market neutral at various points in time. Both gross and net exposure reflect bottom-up ideas rather than being a top-down macro call. Variations in exposure have added some value over the past 18 months, including the coronavirus crisis. In late 2019, the strategy was at peak gross exposure, due to an abundance of ideas that were playing out through strong or weak earnings, but this was cut back within a few months as Calixto was earlier than many in recognising that Covid-19 was potentially a serious threat for companies. “Being on the ground in China in January and in Japan in March 2020, we saw substantial disruption across our sectors. Simultaneously, we also observed Covid-19 beginning to spread throughout the world. We are fundamental investors and certainly no experts on the pandemic, but realised that any risk of it spreading would lead to an outcome not underwritten by markets at the time. Based on the potential disruption to our underlying companies, we took the gross down from 190% to 116%, and the net down from 35% to near neutral or slightly short for a period in March. This was not a top-down call,” recalls Costa.

After the first quarter, Calixto subsequently sized up its exposure and had an exceptionally strong 2020, generating 47% net returns for the year, with average net exposure of 35%, beta and correlation to the Nasdaq of 0.15 and 0.30, respectively, and roughly half the volatility of the Nasdaq and MSCI. The drivers were as usual more stock-specific than thematic. The strategy took a barbell approach, investing in both long term “growth” style Covid winners as well as beaten up value oriented “Covid losers” that would benefit from reopening.

Some stocks combined both elements: “The best contributor in 2020 was Chinese firm Meituan, which is most well-known for its online food delivery, where it has a 70% market share and benefited from an explosion of adoption in 2020. It also has a restaurant booking division that did very poorly,” says Costa.

Similarly, key contributors in Japan included long duration growth in second-hand e-commerce, as well as more cyclical recruitment agencies. “Japan’s largest second-hand goods e-commerce platform, Mercari, is a huge C2C marketplace, which saw a sharp inflection in its growth rate, as did its US subsidiary. Equally, in April and May 2020, as reopening started to drive the green shoots of recovery, we initiated a position in Outsourcing Inc: a recruitment agency, which has doubled yet still trades on only six times EBITDA. Since smaller rivals could not survive the downturn, it is also consolidating smaller players,” says Costa.

In the US, Calixto also held long-term growth plays alongside value names: “Peloton created a whole new category: connected fitness. The company is bigger than its five largest competitors combined and can invest enormous resources in price reductions to drive growth,” says Costa. “Media firm Nexstar is more like a value stock, trading on a single-digit PE ratio, despite almost tripling from the lows,” he adds.

A pragmatic approach to factors and crowding

The ability to exploit both growth and value at different times in 2020 is typical of the unconstrained, opportunistic approach: “We are style and factor agnostic. We monitor growth, value, macro sensitivity, crowdedness, and mean reversion. We sometimes find more growth opportunities and sometimes more in value, as in the past 3 to 6 months between November 2020 and April 2021. But in technology, disruption and innovation happens so consistently that there are always companies exhibiting extraordinary levels of growth and inflecting positively juxtaposed with those that may be getting disintermediated and/or decelerating”. This approach leads to uncorrelated return streams during periods of market rotations, such as in March 2021.

Calixto sometimes seeks to dampen factor bets, where this is consistent with its bottom-up stock picks: “We ideally want to eliminate factors as drivers of attribution and leave the stock specific thesis as the primary driver. If we have exciting growth-oriented longs, then we ideally also want to find opportunities on the short side with those same characteristics – but we will not force those ideas if we cannot find them organically”.

Costa does not always have a conventional perspective on defining factors. Some bank research has started to define “unprofitable technology” as a factor, which generated extraordinary performance in 2020, but Calixto does not perceive it as such. “Unprofitable technology” per se is not a factor we monitor, because many tech firms, in areas such as software as a service (SaaS) and cloud software, have very high gross margins of 70-90% and are voluntarily unprofitable. They choose to spend an extraordinary percentage of revenues on sales and marketing to make a land grab as they are at a sweet spot in the S curve. As they scale up, they build a growing competitive advantage over peers, and can reinvest more aggressively in technology and research and development, further widening the gap.”

Calixto’s non-US and small/mid cap emphasis naturally reduces the risk of being in overcrowded names, but both institutional and retail investor crowding are nonetheless watched: “We monitor hedge fund positioning with Bloomberg and prime broker data. We are not as concerned about long book crowding if the thesis is right, it is almost a strength. Short book crowding is a greater worry as seen in the January 2021 short squeeze, which was a tough month for hedge fund alpha and forced some funds to exit positions when they should have added. We were able to take advantage of the late January 2021 dislocation. When peers were covering shorts, we were adding to ours and buying losers on the long side. Playing offense really helped with the rebound”.

Retail crowding has become more relevant in 2020 and 2021 as retail investors, stuck at home and unable to bet on sports, have become more active. Costa’s experience in Japan gave him a leg up in navigating a storm he typically deals with overseas: “We have seen retail frenzies and short squeezes driven by retail participation in Japan, which can be based on buzzwords such as AI, machine learning or cloud being incorporated into company names”.

Calixto is aware of technical factors such as positioning, but applies a fundamental research process that emphasizes deep dive channel checks and proprietary modelling. Costa was Director of Research at JAT Capital – which spun out of Shumway – before launching Calixto. “We build our models from the ground up to analyse companies that may have no sell side coverage at all. We build a thesis, triangulate, and verify it, based on conversations with management, relevant suppliers, competitors, and former employees. Data verification is likely to be the last stage. We are mindful that third-party data could be commoditised, and we are creative on new sources of data, especially for smaller and less followed companies.”

The process has adapted smoothly to travel restrictions: “Historically, research-related travel was a big hallmark of our approach. I flew over 200,000 miles in 2019, mainly to visit companies in China and Japan, as well as West Coast US software and internet firms. Now we have Zoom marathons at night covering 30-40 companies in the span of a month. Fortunately, we have a big library of ideas developed over the firm’s life, including our own bottom-up financial models: in Japan alone, we have built over 175 models, and multiples of that globally. Our relationships with company management, the sell side and other industry participants are critical to the process when we are not on the ground. We have adapted and executed the strategy well in a different environment”.

Private equity and venture capital are also on the radar, although it has not been a core part of the firm’s DNA historically: “We monitor and maintain a dialogue with private companies to understand disruptive trends, and this is highly synergistic with the research process. We have, on occasion, opportunistically looked for private companies to take advantage of directly, for special purpose co-investment vehicles we offer to investors”.

Private equity and venture capital frequently exit through IPOs and SPACs, which have boomed in 2020 and early 2021. “Newly listed companies are not in and of themselves, a huge part of the strategy, but we monitor them closely for interesting long and short opportunities. There is so much growth and disruption that a never-ending parade of new companies are shaking up the equation. We think some SPACs rushing to go public could be attractive shorts,” says Costa, illustrating his difference of opinion with some other hedge fund managers who are enthusiastically embracing the SPAC space.