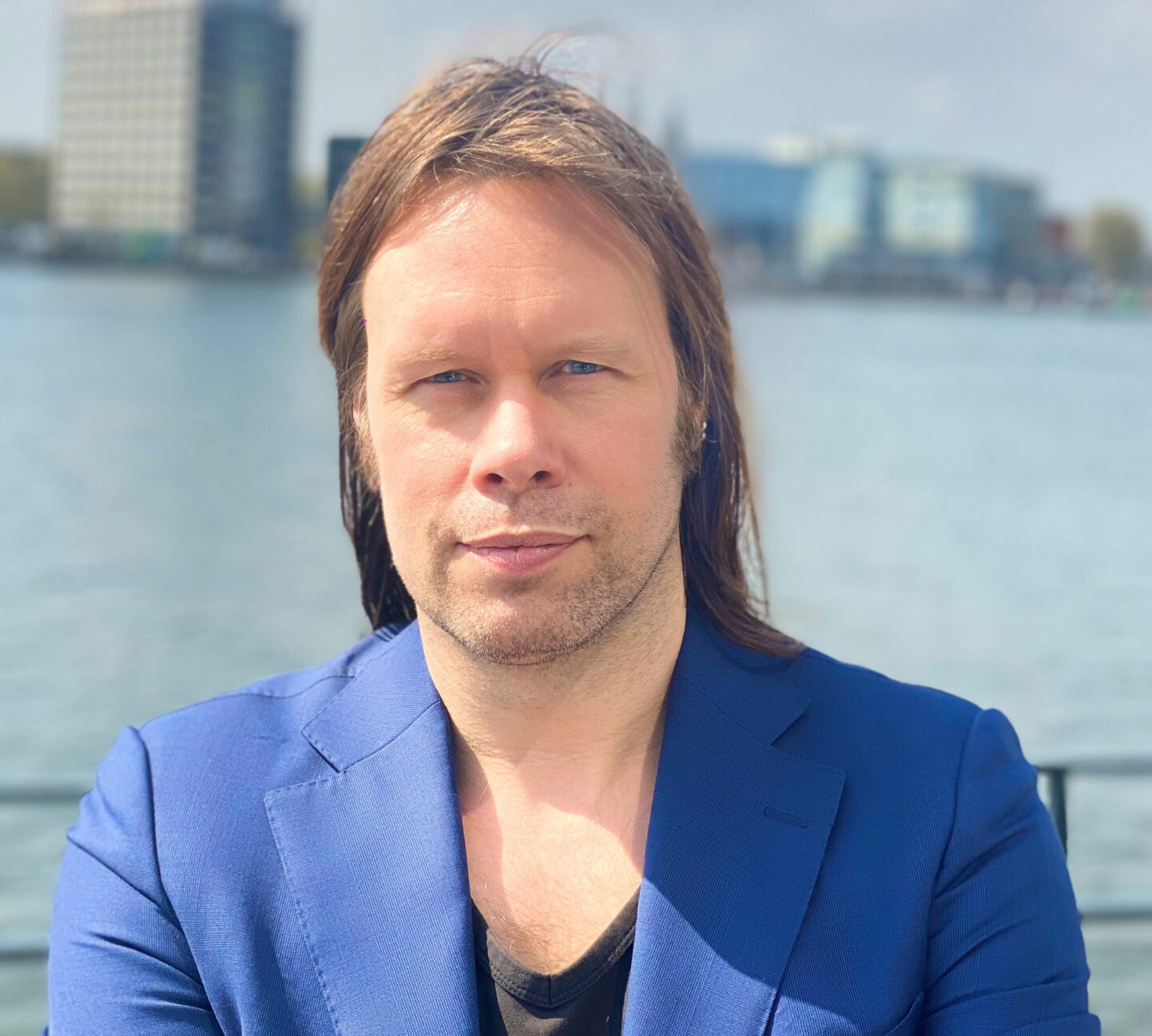 Iain Somers co-founded Amsterdam-based SAVIN in 2020 after more than 20 years of trading, including nearly six years between 2012 and 2018 running an arbitrage/relative value strategy, Done Hedge Fund, which generated a Sharpe ratio of 1.4 with average annual returns around 7%, no correlation to equity markets, and only one losing year. “Its worst 12-month period saw a loss of 7%, when volatility was low and pretty much everything went wrong and nothing went right,” he recalls.

This resilience has also inspired the firm’s name, derived from the Latin name for the juniper plant, which flavours a Dutch gin called “genever” and grows in some of the harshest conditions. SAVIN co-founders and partners: Managing Partner and co-CIO, Bas Emmerig; Partner and Head of Volatility Trading, Ricardo Westra, and Head of Business Development, Erdem Yavuz, have survived and thrived through over 20 years of diverse financial markets including crises. “We have deployed a wide range of strategies in different circumstances. The coronavirus crisis was not our first crash, and it will not be our last one. There are always surprises and unknowns in the markets and we have learnt that the good way and the bad way,” says Emmerig.

We look to construct a balanced, flexible and liquid portfolio. Every year the markets get tougher, but our models get better.

The four have spent much of their careers working at Dutch proprietary trading firms, such as Market Wizards, Optiver, and EDU traders, where Somers in 1997, then aged 19, became the youngest trader on the Amsterdam exchange. “These firms have a strong derivatives trading culture and a tradition of teaching and training traders. They also have a strong focus on risk management and downside risk,” explains Emmerig. Prop trading does not always easily translate into fund trading, but in SAVIN’s case there is a lot of continuity: “Though funds normally trade a lot less – and it is difficult to do HFT in a fund structure – the focus on capital preservation is strong and we do not actually use any less leverage now than when we were prop trading,” says Emmerig.

SAVIN’s investment process uses a mix of deep fundamental analysis and proprietary quantitative trading and risk models, developed by a dedicated quantitative team: “Three young quantitative analysts have been hired, with two specialized in applied maths and one in artificial intelligence. They are part of the development team, and they help with modelling strategies and backtesting,” says Somers.

An unconstrained suite of strategies

The fund is market neutral, hedges currency risk, and has a near zero correlation to equities but within these constraints, SAVIN are totally opportunistic in allocating capital amongst their current suite of strategies – and are always alert to potential new ones in the pipeline. “We look to construct a balanced, flexible and liquid portfolio. Every year the markets get tougher, but our models get better. There is always some overcrowding that makes some arbitrages disappear – but people always make mistakes and other opportunities emerge,” Somers has found.

“In early 2021, we are seeing some pretty unique opportunity sets that are much better than those seen in the last couple of years,” Somers points out. In its first three months of trading, February, March and April 2021, SAVIN has made about 12.5% net of all fees thanks mainly to some specialised volatility arbitrage strategies. “We are continuously modelling less well-known single name equity arbitrages, based on cherry picking dislocations and set ups in areas such as dispersion and calendar spreads. We find many opportunities for spreads between instruments. For instance, the volatility spike at the end of February and early March created dislocations and market imperfections, including some strategies in small and mid-caps,” says Emmerig. Each trade is carefully crafted: “We have unique ways to construct and engineer trades, with unique instruments, based on the experience of Iain, Ricardo and the quant team,” he adds. There is some automation, but this is not an algorithmic strategy, and some trades are manually executed.

Over these three months, about 85% of the risk has been in the US with 15% in Europe, but as with the strategy weightings this is flexible – and more capital could be deployed in Europe when it presents better opportunities.

Other strategies in the repertoire include share class arbitrage, which can look at price differences between two or more share classes from the same issuer that may have different voting rights, dividends, liquidity or domiciles. These trades are mainly motivated by mean reversion: for instance, when discounts between share classes widen out, the strategy may anticipate some reconvergence in some selected cases. Sometimes corporate events such as buybacks or mergers of share classes can collapse a spread, though this can also eliminate future opportunities. After Unilever unified its share classes in November 2020, the differences between the Amsterdam, London and New York listings were no longer interesting for SAVIN to trade. Individual trade selection is every bit as opportunistic as the top-down strategy allocations. SAVIN might at some stage be monitoring 250 arbitrage relationships but could only be exposed to between 20 and 40 of them at any time.

Holding companies are another trade type where there can be volatility in discounts and premiums – and this is partly because different opinions exist about how to define and measure valuations. “Whether some holding companies such as Swedish Match trade at a premium depends on how you value their unquoted assets,” points out Somers. Some holding companies can trade at a negative implied enterprise value – for instance French auto maker Renault has sometimes traded below the value of its stake in Nissan. This may seem to be an extraordinary anomaly, but Somers keeps an open mind about the reasons for such situations: “A negative enterprise value might make sense if a company is losing money, or it could be a market inefficiency caused by overreaction”. SAVIN generally wants to avoid over-crowded holding company trades, though they might look at them in extreme situations.

In event driven trades, SAVIN also stays away from more crowded areas such as merger arbitrage. SAVIN is more likely to trade other post-announced events, such as spin-offs, asset sales and re-capitalisations.

SAVIN’s trades are hardly ever based on “fungible” situations where one asset can be swapped for another to crystallize a discount or premium. Unlike some of the Dutch proprietary trading houses, they do not trade ETFs versus constituents.

Higher market volatility can typically somewhat improve the opportunity set for some of the strategies, and the volatility arbitrage book already has a somewhat long vega volatilty bias, but SAVIN also runs a tail risk sleeve. “Our tail risk hedging strategy is designed to protect against extremely rare events and to outperform in difficult market circumstances. More so our strategy is designed to act as an automatic stabilizer, providing us with a source of liquidity at a time when many funds are locking assets in. Liquidity that will ensure the ability to profit from the massive dislocations arising from these events. In many respects our tail risk strategy should be considered as a form of risk management rather than a stand-alone strategy,” says Emmerig. “If markets do have a rout, the policy is to monetise part of the tail risk hedges but also to always retain some exposure, so that we are not timing the tail risk too much.” On average, SAVIN intend to spend between 0.10% and 0.30% of the fund per month on tail risk hedges, and this insurance could start to pay off in environments of extreme volatility or meltdowns.

SAVIN pursues some of the same relative value strategies as Somers’ previous hedge fund Done, and the same investment objective of generating uncorrelated alpha, but the organizational and operational structure is very different this time around: “We have learnt a lot about how to run a fund. Everyone has their own role, resulting in a clear focus on the return side and asset side of the business,” says Emmerig. Somers’ remit at Done included asset raising, investor relations, and dealing with regulators in addition to portfolio management. Today at SAVIN, Somers and the trading team can solely focus on what they are great at and really enjoy: the hands-on research, modelling of new strategies and trading. They do not have to worry about other time-consuming functions such as prospectuses or spending too much time with investors. Yavuz handles asset raising and investor relations and Emmerig runs the day-to-day business, while also having some responsibility for risk management and oversight, which is informed by his own experience of running a quite different macro long/short equity strategy at BMD2.

Other functions are outsourced to the appointed full scope AIFM, Privium Fund Management BV. These include compliance and risk management – where Privium has a power of veto. Privium provides professional support and infrastructure and is responsible for areas such as regulatory reporting. Privium has also selected some other service providers: an independent depositary, Darwin Depositary Services, and independent directors, Teslin Trust Services B.V.

ABN Amro Clearing Bank has been chosen as prime broker, partly for its strong derivatives risk management systems, and it provides a third level of risk management on top of SAVIN and Privium. Executing brokers such as Morgan Stanley are also used, and more counterparties may be added as the fund grows. ISDAs are needed to access some markets. Most of the back office is outsourced to administrator, Circle Investment Support Partners.

SAVIN’s founders could have contemplated launching another proprietary trading firm or rejoining their former employers but decided that a fund structure could offer more growth potential, with potential to run at least a few hundred million in the strategy; the Done hedge fund had peak assets of EUR 140 million. Initial marketing efforts are focused on the Netherlands and Switzerland.

Assets of EUR 20 million were raised pre-launch and have almost doubled as of April 2021. Investors included some previous investors in the Done hedge fund, who were pleased with how it returned capital to investors in early 2018. “Most of the portfolio was liquidated within two weeks, all of it within two months and all investors were treated fairly and equally, with their interests put first,” says Somers.

Other early investors are the SAVIN founders, high net worth individuals, family offices, former hedge fund managers and some old colleagues from various proprietary trading houses. No economics in the management company were given away, but early investors get a share of management fees once assets are above a certain level.

“This matches the principle of reciprocity. Our other core principles are authenticity and transparency, summed up by saying what you do and doing what you say. We have set up this firm at the crown of our careers partly with a vision to transfer knowledge and expertise to the next generation of traders and portfolio managers of the future,” says Emmerig.