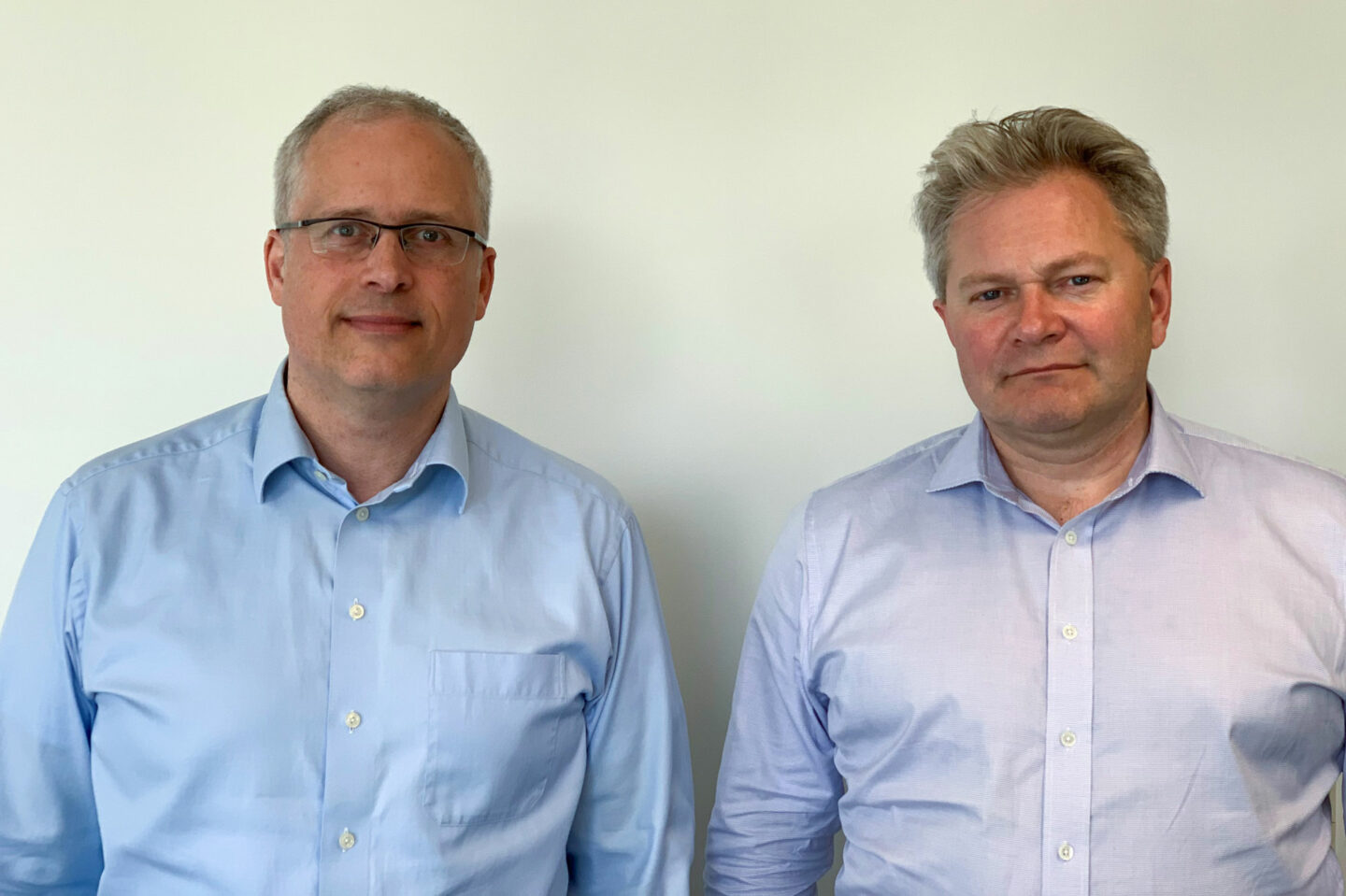 Acer Tree was co-founded by Jonathan Bowers with Sven Olson, Sasha Vlahcevic, Philip Grose and Askin Aziz, re-uniting a group who began their careers together at Deutsche Bank and Bankers Trust in the 1990s in the formative years of Europe’s leveraged finance markets. “The ethos was return of capital, making sure you get your money back, and we developed really good, disciplined methods to squeeze targeted returns out of investments. Asset coverage and cashflows rather than credit ratings are what matter,” says Bowers. “Deutsche Bank was one of the top high yield and leverage loan underwriters through the period and we see complex credit stories recurring again and again,” says Olson. “Acer Tree is the culmination of our 25 years of shared DNA in credit,” says Bowers.

The team have been active in leveraged finance through volatile periods including: the LTCM/Russia crisis in the late 1990s, the dotcom crash and the early 2000s recession, the GFC, the European debt crisis and now Covid. “I co-founded CVC Credit Partners, and was responsible for a performing credit business, founded a credit opportunities fund and an LSE listed fund,” says Bowers. “We ran similar strategies at Castle Hill,” says Olson. The other three founders previously worked at Observatory Capital Management, Luxor Capital Group and Camares Capital.

Acer Tree is the culmination of our 25 years of shared DNA in credit.

“We have a strong network of buy side, sell side and corporate contacts,” says Bowers. “We have complementary skillsets in underwriting, researching, structuring, trading and portfolio management. The group’s collective skill sets cover the full range of credit instruments including loans, bonds and derivatives,” explains Olson.

Europe’s public credit markets have grown enormously over the past 20 years. “Leveraged finance markets were in their infancy in the late 1990s with few LBOs and only really started growing after the early 2000s recession, fueled by growth in the institutional credit markets,” recalls Bowers. Acer Tree’s strategy covers an investment universe that has grown to approximately €2 trillion and runs the gamut from the BBB end of investment grade to high yield, leveraged loans, structured credit and the liquid stressed/distressed markets. The universe includes a growing volume of fallen angels as the number of firms downgraded from investment grade to high yield ballooned in 2020 to €80 billion. There is also plenty of turnover: “Companies continue to do large debt financings, both in terms of fresh capital, and refinancing,” says Bowers.

Acer Tree’s first and flagship strategy, Acer Tree Credit Opportunities Fund (ATCOF), is multi-disciplinary: its largest sleeves have been opportunistic and performing credit, but it also invests in a variety of event-driven, relative value and capital structure arbitrage strategies, and some structured credit given the insight gained from having managed CLOs. The fund also employs both single name shorts and index hedges. “We follow all sectors but have special expertise in several sectors including basic materials, TMT and energy. There are limits on industry and single name concentration with the portfolio running moderately diversified,” says Bowers.

ATCOF’s launch in June 2020 happened to coincide with the Covid crisis but had been in the works for much longer. “This is a through the cycle, all weather fund. Given the monetary and fiscal stimulus, we expect Covid could lead to slightly higher defaults for longer but not a big spike. Pre-Covid, we were expecting some increase anyway because it came at the end of a long economic up-cycle, and the real question now is whether companies can de-lever and grow back into their balance sheets,” says Olson.

Given our size we will not be driving restructurings or sitting on committees, as we did in the past. We are looking for larger, more liquid distressed situations.

The return target of 10-14% is expected to be generated from a mix of income and trading and matches what the team has achieved historically. Bowers was lead portfolio manager for CVC Credit Partners European Opportunities Limited, which averaged returns of 12.7% per year from 2009 to 2017, with its worst year being a small positive number in in 2011. He also managed a recovery fund between 2008 and 2013, which generated a net IRR of 13.3%. Acer Tree’s other founders contributed ideas to Castle Hill’s credit opportunity fund from 2009 to 2016 which ran a similar strategy and performed strongly.

ATCOF has been annualising at about 25% between launch in June 2020 and March 2021, more than double the return from European high yield, European leveraged loans, or global hedge funds, and above its target. “Returns have been higher partly because Covid created exceptional opportunities, which allowed for faster rotation and there has also been more scope for rebalancing between the strategies,” says Bowers. For instance, since June 2020, Acer Tree have had opportunities to rotate through defensive sectors into cyclicals and then more Covid challenged sectors as risk appetite has returned. “In future, we would broadly expect mid-cycle returns of around 12%, but we do not have a crystal ball. We are disciplined in defining the downside and then solving for returns. We do not force returns if we cannot identify the opportunities,” says Bowers.

Directionality is variable and the short book is both defensive and offensive: “We have spent premium on an overlay of index hedges, which we view as a cost. There can also be sector hedges. We have also identified targeted single name shorts in industries such as refining, which have performed well”. There are also non-directional strategies including capital structure arbitrage. The cash versus derivative trades might take advantage of temporary dislocations until the relationships reconverge.

Acer Tree has already participated in primary issuance and taken advantage of “hung deals” where underwriters left holding paper had to sell it at a discount. Deal sourcing is helped by a strong network of relationships with companies, the sell side, and collaborative relationships with sponsors. “We get good allocations to bonds and loans relating to private equity deals. Our minority shareholder is private equity firm, Cabot Square Capital, who can also help with sourcing,” says Bowers.

Acer Tree need both reasonable liquidity and timely settlement for their active trading style and to retain the optionality of being able to opportunistically redeploy capital. “Liquidity is nearly daily in the mezzanine structured credit space, though CLO equity can trade by appointment,” says Bowers. “Liquidity per se is not the concern with loans, as they can sometimes be more liquid than bonds. The problem with European loans is an arcane, manual, paper-based settlement process that can sometimes take six months, and thereby delay the receipt of cash after a sale. There is no compensation for this delay on primary deals. Therefore, we would need a higher spread on loans to compensate for the delay, and currently spreads on offer are relatively low. Secured loans are a very small percentage of the portfolio, as they do not offer compelling value,” says Bowers.

Nearly all the portfolio has a market price or counterparty quote: “All of the portfolio is level 1 or level 2, except for some instruments that are temporarily level 3 while they go through restructuring processes. We do not plan to do any direct or bilateral lending,” says Bowers.

If Acer Tree are not trying to pick up significant illiquidity premia, they are certainly seeking complexity premia. Over 80% of the book is in Europe, where they expect to be rewarded for investing in special situations, including M&A. The investment process includes analysis of multiple jurisdictions and documentation in Europe’s twenty-seven countries, which have twenty-seven bankruptcy laws. “We invest in proven legal systems where we can get our money back and which are tried and tested. We have worked on deals in all jurisdictions over the years. Our focus is Western Europe, but not necessarily Northern Europe. For instance, France now has more structure in its process. Some entities related to European situations could also be going through a US process. There are some jurisdictions we would avoid. There are also some situations we would avoid. We try to assess how consensual a deal is going to be, and try to avoid the protracted, expensive, process risk of a non-consensual deal,” says Olson. In early 2021, the UK, France and Germany were the largest country weights.

Rising defaults create more opportunities, but Acer Tree is selective about which it picks. “Given our size we will not be driving restructurings or sitting on committees, as we did in the past. We are looking for larger, more liquid distressed situations so we can sell at any time if we change our mind,” says Olson.

Important sources of idea generation in 2021 include uneven recoveries and dispersion within Europe. “The market anticipated a very strong vaccine rollout, but forecasts are now very disparate with wide divergences in recovery, inflation and interest rates between countries,” says Bowers. Elections in France and Germany could be interesting, while the Brexit trade deal still leaves uncertainties to be resolved and is creating supply chain bottlenecks.

Indeed, Acer Tree’s perspective on the inflation debate is very much industry and company specific: “We do see some inflationary pressures from supply chain issues and the commodity cycle, in areas such as food, packaging, chemicals and oil. These create opportunities in some industries and margin squeezes in others,” says Bowers.

Longer term, the firm may expand its range of strategies to cover more performing credit and solution capital, but it does not have any near-term plans for direct lending.

Early capital has been raised from friends, family and high net worth investors and Cabot Square Capital. “Post-lockdown, we are having conversations with institutions, including private family offices, wealth managers and funds of funds. Marketing for now is mainly focused on the US and Asia. We expect more face-to-face meetings in the second and third quarters,” says Bowers. Discounted fees are on offer in the founders’ share class.

Investing with a long-term mindset