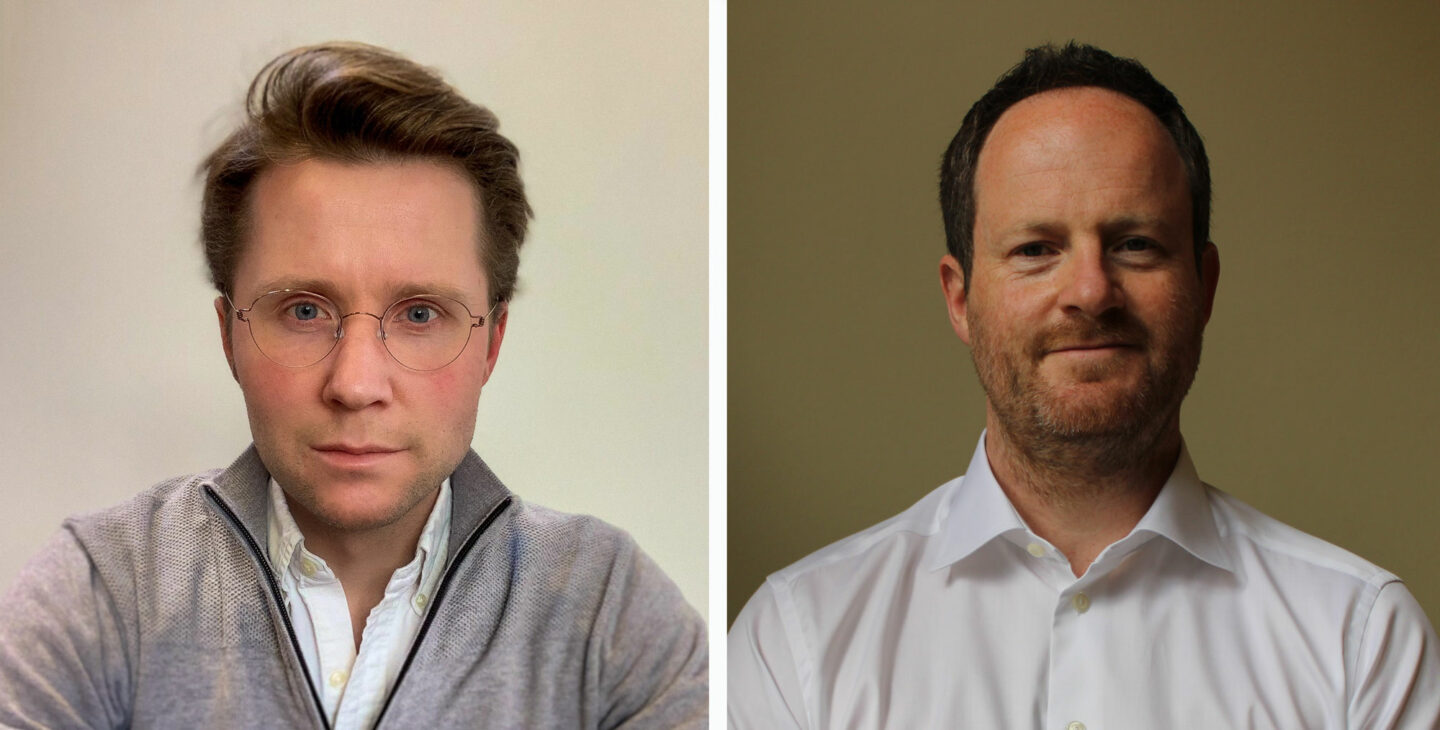 The name Haven Cove symbolizes the “safe haven” return profile we seek to provide as a custodian of investors’ capital, not just protecting the downside but also providing attractive and consistent returns over the long-term,” says Nick Greenwood. The manager has just passed a three-year audited track record in Haven Cove Absolute Return Fund (HCARF) and delivered its return objective of being a low volatility, absolute return strategy targeting a Sharpe ratio of around two. This is achieved by combining three strategies with attractive risk premiums and/or alpha opportunities: European investment grade credit, systematic relative value equities and special situations equities. There is also dynamic risk management and hedging, and the correlations between the strategies are low.

Greenwood and Co-Founder, CEO Ashley Hudd, have been trading a range of somewhat similar strategies for many years inside banks and other prior buy-side mandates, and they overlapped at BarCap between 2008 and 2011, but the current strategy mix has been tailored to HCARF. “The choice of strategies for HCARF was optimised and recalibrated to fit inside the risk parameters of a relatively liquid fund structure that could not accommodate highly structured or illiquid credit and has different costs of capital,” says Greenwood. “The ambition to design our own strategies, run our own hedge fund manager, and build our own operational structure from front to back – including prime brokers, ISDAs, OMS/PMS, capital and risk management, and reporting – was one reason why we eschewed offers from bulge bracket hedge funds when leaving the banking sector in 2011, and joined a multi-family office set-up instead. This gave us more flexibility, let us build broader investment experience and wider networks, without the siloes of larger organizations, culminating eventually in the launch of our own fund HCARF in January 2018,” says Hudd. It also let them forge relationships with investors who have demonstrated growing confidence in the duo: early buy-side capital came from substantial commodity-related family offices, all of whom subsequently invested in HCARF – and have increased their allocations over time.

The name Haven Cove symbolizes the ‘safe haven’ return profile we seek to provide as a custodian of investors’ capital.

Roughly half of the risk budget is in a European investment grade corporate credit derivative strategy, which essentially leverages credit spreads while truncating default and spread widening risks through subordination and trading around dynamic hedges.

In absolute terms, European corporate investment grade yields are very low – and sometimes negative – as are the sovereign and swap curves. But the European IG credit default swap (CDS) spread has fluctuated between 46-54bps in Q1 2021. “Tranches of the index can generate a fund level yield target of around 9%, which entails using two types of leverage. The notional value of the tranche book is more than the fund NAV, and its credit spread sensitivity works out at an index-equivalent leverage of about 10 times,” says Greenwood.

The manager seeks to enhance yields (carry and theta) not only through leverage but also through an optimisation model that selects series, tranches and terms that access steeper segments of the credit curve and therefore offer more “roll down” versus risk. “We will not however invest longer than five-year maturity, partly because shorter dated exposure also pulls back to par sooner after any dislocations,” says Greenwood.

“Bespoke tranches with non-standard attachment or detachment points might also sometimes offer some degree of complexity premia that may arise from banks’ regulatory capital constraints,” Greenwood adds. Unlike some types of structured credit, liquidity risk premia are generally not a feature of the synthetic iTraxx Main standard tranches, which are highly liquid instruments with six or seven large dealers quoting prices.

Greenwood judges that the European IG market spreads in the core strategy represent a major structural inefficiency – both in absolute terms and relative to US IG. They are very attractive relative to actuarial spreads (which would only cover default losses) since historical default losses on European IG have been a single digit number of basis points. There have been very few defaults, and recovery rates have been high: “There have only been two defaults in the five-year iTraxx Main series since the index began in 2004 (and only a further two more if you include the 7- and 10-year series). In contrast US IG has had 10 defaults in total in the 5-year instrument and 14 in total if you include the 7 and 10 year”.

“US IG still offers an attractive market spread versus actuarial spreads, partly because technical flow pressures keep spreads wide. European IG trades with similar market spreads but, in our view, much lower fundamental default risk and so is more mispriced than US. Default rates have been much lower in Europe IG and are likely to stay lower due to cultural aversion to bankruptcy and harsher and less homogeneous bankruptcy regimes (relative to US). We also prefer IG to High Yield (Crossover) in Europe, as we view the dislocation/risk premium in IG to be much more stable and persistent,” explains Greenwood.

We would not launch a pure special situations strategy, because the deal flow can be erratic.

Nonetheless, the strategy aims to have some protection against default risk through subordination – most of the tranches owned sit above first loss tranches: “Only about 15% of the long side portfolio is in equity (i.e. 0-3%) tranches and the rest is in mezzanine or more senior mezzanine paper which attaches at 1% or above. One simple stress test is that if each credit is weighted at 0.80% of the index and recovery rates are 40% on average, a loss from one default would be a hit of 0.48%, so >1% subordination covers for at least two defaults,” says Greenwood.

Absent default, the strategy is much more likely to see volatility from spread widening and this risk is limited through buying option protection, mainly on indices but sometimes also partial hedges on selected single names. This is intended to kick in at levels that limit such temporary mark to market drawdowns (in a worst-case scenario) to around one year of projected return. The assumptions underlying the stress test seem reasonably conservative based on historical stressed events. “A parallel shift with constant implied volatility and implied correlation is modelled, although in practice spikes in volatility and correlation could further increase the value of the hedges, and we believe a parallel shift of all index series is a good and conservative approximation of a worst-case stress move across the term structure,” says Greenwood.

European IG credit spreads around 48 basis points are somewhat below long-term averages of c.65 basis points. Whether rising interest rates pose a threat to IG credit is debatable because there are two opposing forces: “As rates rise, corporate costs of debt will rise, which prima facie should drive credit spreads wider. But if economic recovery is the reason for rates rising, this should have the opposite effect i.e., a compression of default risks and credit spreads. The tug of war between these forces will likely create some volatility along the way. But the risk of a sharp spread widening has a strong backstop from the European Central Bank (ECB) asset purchase programme,” says Greenwood.

Trading around this spread volatility can add to returns, mainly through adding risk at opportune times i.e., when spreads are wider because of technical flows rather than a change in fundamentals. Most of the return on the portfolio comes from clipping the leveraged CDS coupons, and rolling down the curves, but “active gamma trading of the options book could also make as much as 2% per year, and possibly more in 2021,” says Greenwood.

The second strategy is the only wholly systematic one of the three. Trades combine momentum and mean reversion models, with typical proportions of 70% and 30%. “We mainly emphasise momentum at present partly because we think that the very large firms are better positioned to compete in shorter term mean-reversion trading. We also believe that the relatively more crowded positioning in the equities sector works in favour of momentum trading. Data inputs are mainly technical price data but do have some fundamental overlays. The models are statistical approaches that seek a small edge based on the law of large numbers,” says Greenwood.

The systems can trade both between and within sectors, styles, and factors and have garnered some profits from the shift into cyclicals and value in late 2020 and early 2021.

The third strategy, special situations, is mainly discretionary. It covers the European corporate event space that the pair have traded since 2008, with specialist brokers helping to filter down the universe to a concentrated portfolio of high-conviction positions. “Many trades sound like a good idea but are practically hard to execute. The brokers do a lot of the heavy lifting,” says Hudd. The managers are very selective. Traditional late-stage merger arbitrage trades with far greater downside than upside are avoided. They prefer earlier stage event trades, which can offer a more asymmetric return profile akin to a cheap option with positive convexity. They also seek to underscore theses with fundamentals and momentum.

The opportunity set here is somewhat intermittent: “We would not launch a pure special situations strategy, because the deal flow can be erratic. There may be no trades in one month and then two trades in a week,” says Hudd.

The risk budget weights between the three strategies are fairly steady at 50% IG credit, 25% systematic relative value and 25% special situations, though there can be some leeway. The three strategies provide some degree of portfolio diversification: “The credit book has a very low and stable correlation with the systematic relative value equities book. In contrast the different types of event trades within the special situations book do display somewhat different patterns of correlation. For instance, holding company and stub trades or index dividend futures might sometimes have a risk-on flavour that is correlated with credit, but other situations, such as share class trades can show no or even a negative correlation,” says Hudd.

“After a recent three-year performance review, we had slightly overshot on volatility control, and have determined to increase gross exposure in the credit and systematic relative value strategies in order to consistently hit our double-digit annualized return target. Net exposures and risk limits remain the same,” says Greenwood. This is already showing results, with returns of more than 4% in the first quarter of 2021.

Raising gross exposure is mirrored by an operational and regulatory structure that is gearing up for the next runway of growth. Having had a self-managed Malta AIF that was delegating portfolio management to the pair via a UK MiFID investment manager platform, Sturgeon Ventures, they have just moved to a full scope UK AIFM structure, Haven Cove Capital Management Limited, which will take on both portfolio and risk management functions. The fund is also re-domiciling to a Cayman structure.

They are in the process of hiring a COO and junior trader. Centaur Fund Services of Dublin, which is experienced in credit strategies, has been retained as administrator since January 2021. JP Morgan is the full scope prime broker, offering all investment services and capital introduction. Haven Cove won a place on JP Morgan’s emerging manager programme amid fierce competition from a wide pool of other managers. The manager should soon have two additional credit ISDAs; the difficulty of obtaining these acts as a barrier to entry that also helps to explain risk premiums in the credit derivatives space. In total, there are five other brokers used for equities, CDS, capital introductions and special situations, and more may be added. The opportunity set in the three strategies remains highly compelling.

Assets are over $60 million and strategy capacity could be over $1 billon in the credit strategy and $500 million in systematic relative value. In addition to the managers’ own capital, Haven Cove currently has an investor base comprising family offices, institutional and UHNWIs.