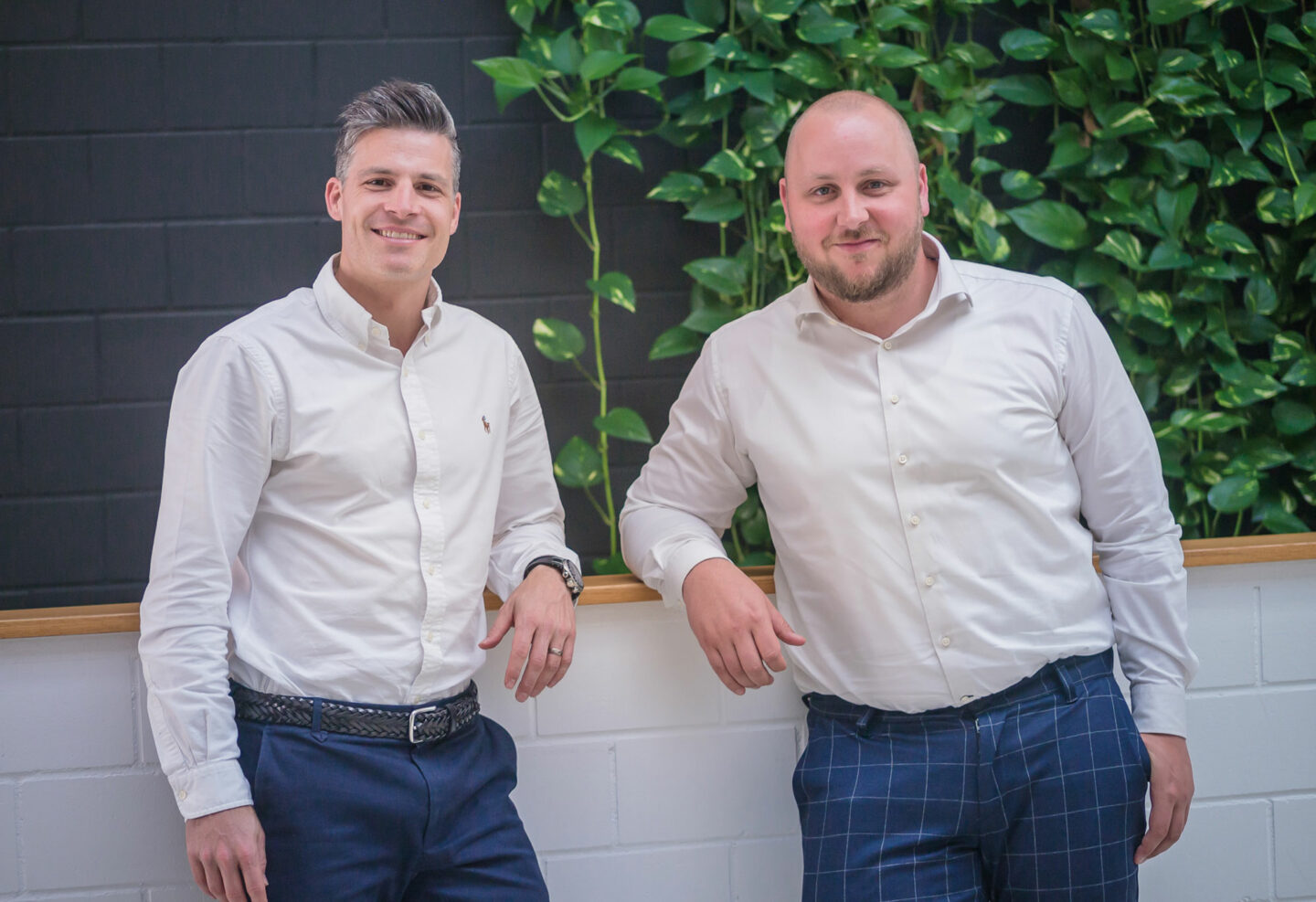 Aionite is a combination of Aion, a Greek term meaning eternity and symbolizing the manager’s long-term approach, and kite, a majestic bird common in Switzerland that likes to hover over the fields and meadows, symbolizing its top-down macro investing approach. Already, a long-term Sharpe ratio around 1 in a 20-year simulation has been matched by the firm’s live 18-month track record.

Before launching Aionite Capital, the founders, Marco Hoegger and Sandro Braun, spent ten years working together at ZKB and Swisscanto, Switzerland’s third largest asset manager, where Hoegger headed a team of nine portfolio managers including Braun. They managed discretionary fixed income and currency strategies north of CHF 24bn, but were able to build systematic sleeves, for example a fixed income momentum/reversion strategy based on an academic paper they authored on SSRN, Finding Value in Momentum. Some raw signals from their alpha-generating engines and processes are still used today by Aionite.

Strategies fight for survival in a Darwinist environment and signal weights could be reduced to zero if the algorithms do not assign a profitable probability to them.

Both founders already demonstrated their ambition and passion for managing money during their studies. Hoegger has always traded his personal and family money and Braun worked for a successful hedge fund, B&I Capital, while still studying. Both studied finance at the intersection of computing, both were exceptional students, and both are proficient coders, and this feeds into their ways of modelling markets and choice of statistical methods. “We need computers to cope with high dimensionality and non-linearity,” says Braun.

Aionite Capital is an official startup from the University of Zurich, which is among more than 100 startups since 1999 to obtain the UZH startup label, further underlining their commitment to scientific investing. The founders’ novel way to combine investment signals, called “evolutionary investing”, makes use of machine learning portfolio construction and dynamic re-weighting methods that have been influenced by academic study and research in finance, physics and IT. “Evolutionary finance, pioneered by Professor Dr Thorsten Hens at the University of Zurich, is a key influence amongst a wide variety of academic research,” says Hoegger. Hens has for instance used both psychology and biology to develop economic theories of investor behaviour. There is some further collaboration with their alma mater. Braun also works as a lecturer at the university and has carried out research into text and natural language processing (NLP). “We have developed proprietary research, based on strict statistical and plausibility tests,” says Braun.

The founders’ view of the markets has always been that of global macro managers. “Markets are adaptive, complex and evolving so no single asset class or strategy will work all the time. We trade five asset classes, using forwards, futures and some options on futures, and use our algorithms to rebalance market and strategy weights,” says Braun.

There are at least 70 signals per market. Machine learning algorithms then probabilistically select the best combinations of signals for the prevailing market regimes. “Strategies fight for survival in a Darwinist environment and signal weights could be reduced to zero if the algorithms do not assign a profitable probability to them. The weightings vary with regime-conditioned probability forecasts. For instance, momentum works better in a trending market and carry works better in a calm market regime. But our concepts of regimes are much more granular than simply risk on versus risk off,” says Hoegger.

One aspect of market regimes is explored in a paper Braun published on SSRN, Business Cycle Clustering and Asset Returns. Though regimes are a nuanced concept, some generalisations can be made. The signals tend to work best where there is some history of the market climate, or when history at least rhymes. “They have historically done best during recessions. A completely unprecedented market environment or exogenous shocks are more difficult for the machine learning models to work with,” says Braun, whereas changing patterns of volatility and correlation can be modelled from history. “The models can handle different volatility and correlation regimes – and the positive correlation between equities and bonds seen in early 2022 is not so unusual. It was also observed during the taper tantrum in 2013,” points out Hoegger.

This nuanced regime analysis also translates into a fairly granular style of trading. Aionite tend to scale in and out of longs and shorts, rather than make binary shifts in direction. “Average trade duration of 1.2 times per week works out at annual turnover of roughly 25 times but the directional positioning changes less often – on average once every two months,” says Braun. Most trades adjust position size and there is nearly always some exposure in all markets, bar rare occasions when long signals exactly counterbalance short signals, or when the models are reversing course between long and short positions. In either case, the position size could be tiny or zero.

Some of the more hyped alternative data, such as text data from news, central bank statements, Twitter, satellite data, and special Flow- and Positioning-Data has not passed our strict tests.

Risk budgeting is also correspondingly opportunistic. No constant level of volatility is targeted, though there are ceilings for risk metrics such as Conditional Value at Risk (CVar), which has ranged between circa 1.5% and 6.5% per week. “A ceiling on CvaR is also designed to make the program more resilient to changes in correlation patterns and tail events,” says Braun.

Portfolio optimisation is partly driven by various tail risk parameters and techniques, such as hierarchical clustering and maximum tail risk diversification. Though tail risk diversification is a constraint, it is not a tail risk strategy per se. A pure tail risk strategy would tend to show a strong positive skew and the managers judge that a trade-off exists between positive skewness, and both returns and Sharpe ratios. “In general, we prefer higher returns over a positive skew,” says Braun. The historical skewness is close to zero depending on the periodicity of data used to calculate it; daily data shows a slight negative skew and calendar monthly data a slight positive skew. More broadly, the pair do not think skew is anyway the best measure for strategy evaluation: “We prefer measures such as return compared to CvaR or returns compared to average underwater periods (known as the Ulcer index). These lead to a selection of strategies with shallow drawdowns and faster recoveries,” says Hoegger.

The multitude of signals can nearly all be consistently grouped under one of five well understood factor umbrellas: value, carry, momentum, sentiment and macro. The signals are thus grounded in an economic and scientific rationale, and some apparently exotic or esoteric indicators can be distilled into more familiar categories. “The five groups are a way to organise chaos and allocate to risk clusters. For instance, text analysis often reveals sentiment that is correlated with the momentum factor,” says Braun.

There is no a priori bias to any family of signals. On average, there are more directional than relative value signals, but as with other variables, the split does change over time with the algorithm allocations and can also be defined differently. For instance, directional trades applied to spreads could be momentum or mean reversion based and the concept of mean reversion is different for directional and relative value trading. “For directional trading, it represents short term fluctuation around a long-term trend. For calendar spreads on commodities, the strategy tries to exploit stationarity properties in a weak form of arbitrage,” says Hoegger.

Some systematic macro strategies use purely fundamental data, and some CTAs use only price data, whereas Aionite is more of a hybrid. Data is on average two thirds price-based and one third fundamentals or sentiment, though again the balance will vary according to the allocation algorithms, and there is no formal minimum or maximum for either data type. In any case, Aionite’s definition of price-based data is broader than many managers apply: “Our concept of price data includes forward and yield curves, implied volatility, open interest and volume, liquidity and even seasonality,” says Braun. Thus, price-based data also encompasses price derivatives, and some market microstructure context.

Machine learning techniques are often associated with alternative data, but there is not necessarily any link between the two. Aionite uses some alternative data and alternative transformations of traditional data but is sceptical about whether some fashionable forms of alternative data will add value for their style of systematic macro trading. “Some of the more hyped alternative data, such as text data from news, central bank statements, Twitter, satellite data, and special Flow- and Positioning-Data has not passed our strict tests. After proper testing and robustness checks, we often had to reject any significant added alpha, contrary to our hopes,” says Braun. More specifically, he believes that, “Some studies showing alpha from alternative data are based on over-fitting and cannot withstand robustness tests. Central bank data is especially prone to overfitting since there are not enough datapoints and new terminology is only understood with hindsight”.

Applying appropriate statistical techniques to different stages of the process

The model was made more robust by well-established techniques designed to avoid over-fitting: averaging out parameters and strategies, also known as bagging in the machine learning community. More specifically, the multidimensionality of financial markets is addressed through techniques including non-linear methodologies. At the signal creation level, non-linear techniques, such as machine learning (ML) and clustering algorithms, are used to create signals while deep neural network (DNN) or boosting algorithms help to allocate amongst them.

Given the emphasis on intuitively sensible signals, Aionite are careful in choosing when and where to use supervised and unsupervised algorithms. “Unsupervised ML algorithms are helpful tools. But as for any tools, you need to apply them to the right tasks. Being proficient in ML or computer science is certainly nice. However, a good domain knowledge and a deep understanding of the underlying data is even more important. Unsupervised ML algorithms (such as dimensionality reduction, clustering or manifold learning) are used at the pre-processing stage, for smart data summarization and aggregation. At the signal generation level, dimensionality reduction techniques are especially useful to filter out noise from data. For instance, where there are over 1,000 macroeconomic variables, dimensionality reduction techniques can be useful,” says Hoegger.

Later on, supervised algorithms are used to tailor signals to the market environment. For portfolio construction, stacking or ensemble learning techniques, rather than individual market level optimization, are used. “This provides more training data and is more robust,” says Braun.

Operational and regulatory infrastructure is outsourced to Zurich-based platform, Pernet von Ballmoos AG, which has plenty of experience of working with funds. They provide a Swiss FINMA regulatory umbrella, and handle fund administration, risk, compliance and legal. The prime broker is BNP Paribas.

The strategy started with mainly friends and family money and has over 70 investors, including portfolio managers of other funds, investment bank proprietary traders, entrepreneurs, a private bank and some other institutions. The founders are fully invested with their own money and think that it is very important to have substantial skin in the game and aligned interest with their investors.

Aionite are in discussions with funds of funds, funds of CTAs, wealth managers and platforms, in Switzerland, Europe, the UK and US. “We could contemplate doing some form of acceleration capital deal. We recognize that some potential investors await a three-year live track record before allocating,” says Hoegger.

In addition to a Swiss FINMA regulated fund, there are managed accounts run pari passu. Separate accounts could also be customized to investors’ preferences for neutralizing traditional or alternative factor exposures. “For instance, investors who already have exposure to a traditional trend following strategy, could invest in a version with zero correlation to momentum, or indeed any other factor or index. The neutral benchmark position could also be defined in terms of a classic 60% equities, 40% bonds portfolio,” says Braun.

In effect, the distinctive Aionite strategy can be calibrated as an overlay for any existing portfolio of conventional or alternative, and systematic or discretionary, strategies.