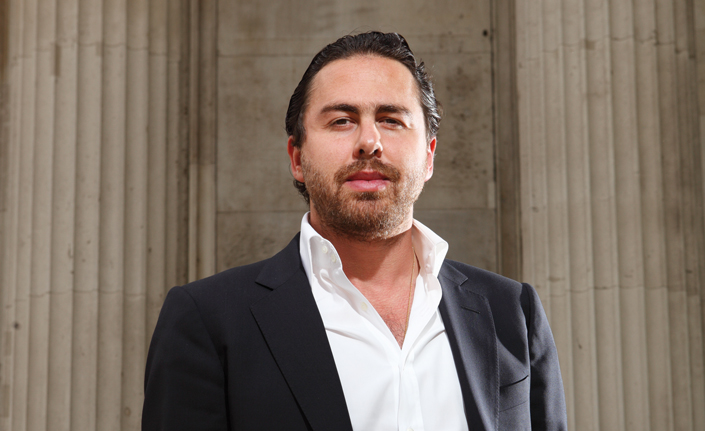 Tyrus Capital is one of the largest event-driven hedge fund managers in Europe. Running over $2 billion, the manager also belongs to The Hedge Fund Journal’s Europe 50 ranking.

The flagship fund, the Tyrus Capital Event Fund, which launched in October 2009, is a multi-strategy event fund focused on announced deals in developed markets. Trades can be grouped in to five broad categories including Value from Hard Catalyst, Opportunistic, Arbitrage, Credit and Structured Trades – the latter of which Tyrus is perhaps best known for and sets them apart from many other event-driven specialists. In addition, investors benefit from being offered co-investment opportunities where there is additional capacity on Structured Trades.

Chedraoui expects 2018 to be another record year for levels of event activity. Having seen deals in excess of $400bn announced so far this year, he continues to see opportunities not just within the M&A space but across all of the different sub-strategies the fund invests in.

European merger resurgence
“The last time we saw so many deals at the same time in Europe was 2007. In late 2017, there was over $150 billion of deals outstanding, including Actelion, Abertis, Syngenta and Sky. The climate has changed completely,” enthuses Chedraoui. He has spent many years waiting for these opportunities to materialise. In 2011 and 2012 Tyrus was rather cautiously positioned, due to both a dearth of deal flow and concerns about the European sovereign crisis.

Confidence has taken hold in Europe partly because synchronised global economic growth is making companies much more optimistic. Fears of a Eurozone break-up and sovereign default have receded, and Brexit looks like an isolated event – but, notwithstanding the recent USD weakness, the lower Euro and Pound have made European companies somewhat cheaper for US and Asian companies to acquire. Thanks to the passage of the Republicans’ tax bill, US companies, such as Apple, are now allowed to repatriate as much as $3 trillion of ‘trapped’ overseas cash at lower tax rates. This could unleash another wave of corporate activity, in addition to potential for enhanced buybacks and dividends. The potential impact of such a windfall should not be underestimated. The last time the US enacted a repatriation tax holiday, in 2004, it brought back USD $312 billion (per the Congressional Research Service).

Events are unique
Chedraoui, who belongs to Lebanon’s diaspora, has always found that the complexity of the European environment provided rich opportunities for merger arbitrage. “The US is more or less homogeneous, but Europe has different laws and corporate cultures, which makes it more exciting and easier to create optionality,” he says.

Tyrus assesses deals on a case by case basis. “An event is by definition a unique timeline and we work on every milestone,” says Chedraoui. This involves much painstaking, labour intensive analysis. “We have 40 staff in London, Monaco and New York,” explains Chedraoui. Like him, they tend to be ex-investment bankers who have lived and breathed corporate events on the sell side, and on the buy side in event driven hedge funds.

Tyrus analyses legal, regulatory and antitrust risks with help from five in-house lawyers and sometimes outside counsel. “More deals have run into antitrust hiccups, particularly in Europe, as industries become more concentrated,” observes Chedraoui, though he does not see any paradigm shift in antitrust policy.

Short duration, private equity secondary interests
The Tyrus Capital Special Private Equity Opportunities strategy is independent from the firm’s merger, event driven, and associated co-investment offerings, but has the same DNA in terms of seeking asymmetric returns. In 2013, Tyrus set up its first fund to invest in mature private equity transactions such as secondaries and is now onto its fourth vintage. “We target high IRR returns of over 15% to 20% and have been successful so far in achieving or exceeding thses targets,” says Chedraoui. Offering a new vehicle every year is entirely intentional as the aim is to return invested capital within two years and a half, in contrast with the 10-year plus term of traditional primary and secondary private equity sponsors. Instead of accumulating capital, the objective is to return it quickly, and give investors the option to recycle their distributions in to the next vintage. “We apply a hedge fund mentality to the private equity asset class,” says Chedraoui.

Systematic merger arbitrage?
It is becoming fashionable to try and apply artificial intelligence to many areas of investing. Chedraoui questions whether passive, digital, quantitative or index-oriented approaches alone can be successfully applied to merger arbitrage strategies. Such low-fee vehicles may buy and hold all deals, or a high proportion of them, until they complete or break. Therein lies one problem. “In a bad environment, many deals break. You cannot allow an M&A strategy to have a 55% hit ratio. You need a hit ratio in the 90s to make significant returns,” finds Chedraoui, who spoke about the importance of a high hit ratio at the SYZ Hedge Fund Day in Zurich at the end of October 2017.

Chedraoui also eschews a probabilistic approach (which can be discretionary) to forecasting merger arbitrage, which may follow a process of multiplying deal spreads by estimated completion probabilities to arrive at expected returns. He, “dislikes this approach as it does not provide a high hit ratio”. Instead, for every deal, he is focused on the probability of losing money and aims to define the downside risk.

Rather than viewing deal spreads in isolation, Chedraoui follows closely the market evolution since announcement of the deal. Tyrus carries out proprietary, proforma modelling of the proposed combined entity to understand the motivation behind getting the deal done and ensuring it makes sense for all parties involved.

In 2008, when at Deephaven, Chedraoui made a return of $75 million from an option structure on a deal (Clear Channel) where spreads blew out after the Bear Stearns failure. The trade was calibrated with a very asymmetric payoff that would profit even if the deal completed at the original price but also profited from either the deal being completed at a lower share price, or from the share price falling on a deal break. The fact that legal action was taken to hold the banks to their financing commitments indicates that there must have been a high deal break risk, and the deal completed below the original price. “A 2008 type market is a great environment for making money as the risk/reward changes in a collapsing market,” reiterates Chedraoui. Indeed, 2008 was a vintage year making over 15% for his strategy at Deephaven. “I prefer collapsing markets because deals break then,” he says. Tyrus also profited to a lesser degree in 2011, which saw a bear market – at least for European equities.

When searching for potential deal break candidates, “the motivation of participants to go through with the deal if the world were to change,” is a key factor that Chedraoui assesses. “Longer dated deals see changes of motivation more often,” he has found.

Target prices are moving targets
Another reservation about systematic approaches is that the most obvious rules, such as selling upon a deal break, do not always make sense. There have even been occasions when share prices jumped after a deal fell through, because market conditions evolved greatly. If a deal has been outstanding over a period of substantial stock-market gains, the original offer price premium could even represent a discount, relative to the latest comparable valuations. During the timeline of a merger offer, Tyrus constantly updates and recalibrates its own valuation models and associated estimates of deal completion and deal break prices.

In 2017, Tyrus came to the conclusion that an October 2016 offer from Qualcomm for target semiconductor firm NXPI was too low, meaning that the target share price might increase either after a deal break, or if the acquirer was forced to increase its offer. Chedraoui was the first to speak publicly about the deal, at the Sohn Conference Foundation event in Monaco in June 2017. Then the stock was still below the initial offer price of $110 and the team’s analysis concluded that a significant bump in the price would be needed to get the deal done. Specifically, Tyrus judged that Qualcomm’s offer valued NXPI at a discount to the majority of industry peers. A reverse deal break fee worth almost $6 per share, underscored Tyrus’s conviction in the limited downside on the deal. Tyrus had been monitoring the timeline and its regulatory, legal and shareholder-related milestones in multiple countries, since the deal was announced.

Keeping abreast of evolving sector valuations is important and it is worth heeding the context of what is happening in the relevant industry. The semiconductor sector is perceived to have been transformed from a commoditised business with little or no pricing power, into a more concentrated and consolidated industry with some degree of pricing power, particularly in certain segments geared towards electronic vehicles. Hence the scope for ‘bumpitrage’ (i.e. increased offers) and further consolidation. In June 2017, Tyrus was of the opinion that semiconductor sector performance had virtually wiped out the premium Qualcomm had offered to NXPI shareholders.

Even more sophisticated quantitative approaches may run into trouble, “because many scenarios cannot be predicted by past events,” Chedraoui reflects.

Wide span of spreads
Though in macro and credit markets, spreads have converged to very compressed levels, in event driven investing there remains wide dispersion. Tyrus sees a huge range of deal spreads, from tens of basis points to tens of percentage points on an annualised basis. Some deals trade at double digit annualised spreads, even before any counter-bid.

Deal spreads can reflect a multitude of factors apart from completion probability. Some of the largest deals, of $50 billion market capitalisation or more, can trade at bigger spreads, because insufficient capital exists to digest the volume. This is because many non-event investors or long-only investors may follow a rule of selling stocks under offer, and even specialist event investors have diversification rules that limit position sizes, Chedraoui explains

Shorting merger deals
Conversely, other deals trade at an absolute spread of only tens of basis points, which may provide a more asymmetric risk/reward profile when traded from the short side. For instance, Tyrus shorted golf course operator ClubCorp Holdings at a spread of just 30 basis points below its bid price from a private equity firm Apollo. Chedraoui reckoned that hurricane damage to golf courses created potential for a deal break. In fact, the deal closed, but Chedraoui would have happily shorted it again. The potential profits from a deal break were dozens of times the loss incurred from the deal going through at the original offer price. “We structure cheap optionality on both sides of our book,” says Chedraoui. Often the risk/reward is inherently asymmetric – and sometimes Tyrus uses derivatives to add optionality.

Tyrus does not only invest for the end game of a deal either closing or breaking. Sometimes it is better to travel than arrive, and Tyrus trades milestones along the timeline of events. Tyrus can trade around fluctuating deal spreads and may have long and short exposure to deal spreads at different times.

An all-weather strategy
A raging bull market of the type seen in 2017 can be a good climate for merger arbitrage, because it leads to more ‘bumps’ whereby a bidder increases their offer, often in a competitive situation where one or more other acquirers enter the fray. The ease of financing deals in such climates is also helpful. Yet Chedraoui is equally enthusiastic about event investing during bear markets. When a rising tide lifts all boats, many hedge fund strategies can become more highly correlated. But Chedraoui observes that “event-driven returns are more distinguished in flat markets or bear markets, than in strong bull markets which have high levels of beta”. If 2006, 2009 and 2017 were good environments for counterbids, 2008 and 2011 were good environments for deal breaks. Event driven and merger arbitrage managers who pursue their strategy in an uncorrelated fashion would expect to at least preserve capital, and ideally profit, during the next bear market.