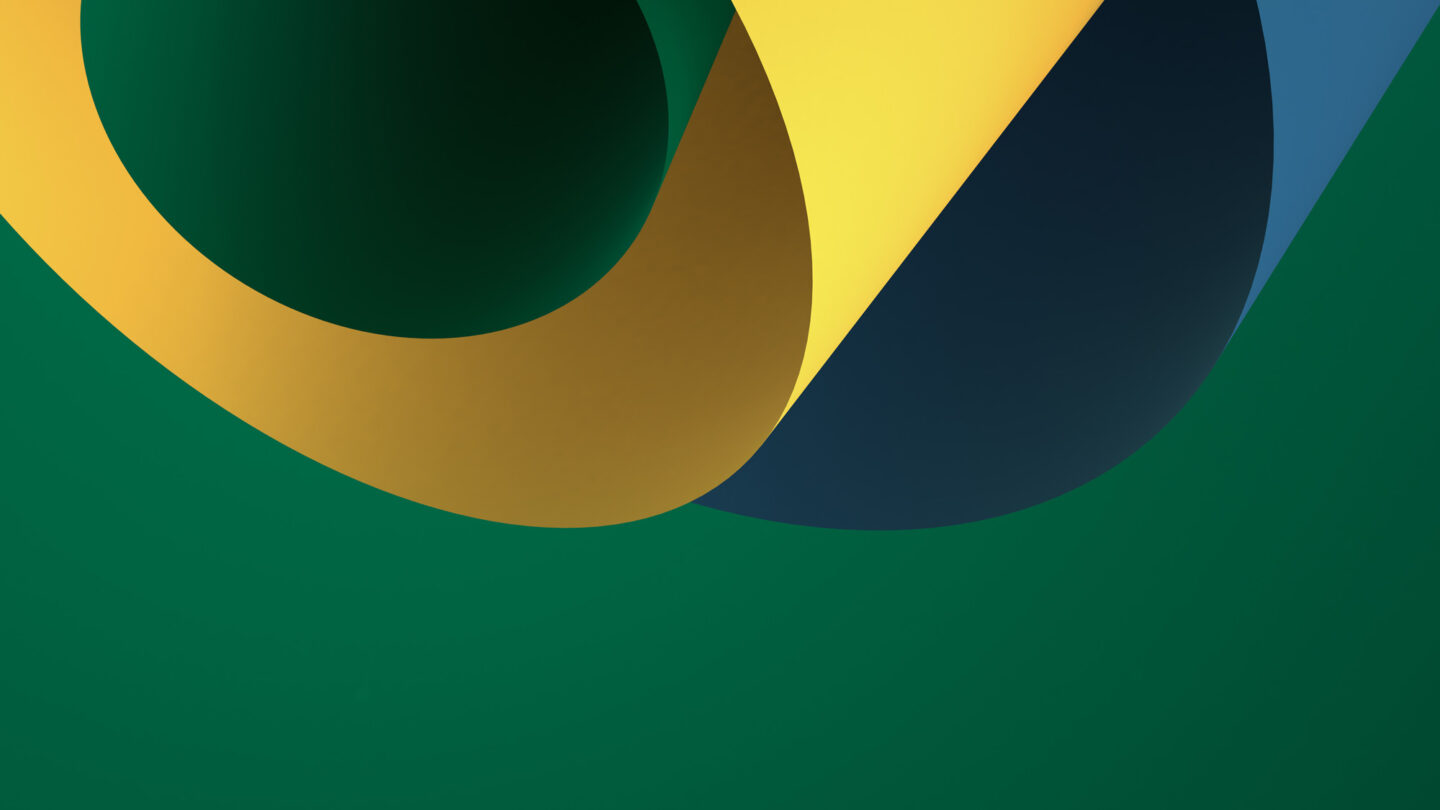 Performance has continued into the first five months of 2022, when the main return drivers have been net short fixed income, net long US dollar, and net long a basket of commodities, including heating oil, natural gas, reformulated gasoline, and Brent crude oil. Commodities have rallied from a perfect storm of ESG-driven metals demand, Russia’s invasion of Ukraine, sanctions and counter-sanctions, and post-Covid supply chain bottlenecks – all overlaid upon years of structural underinvestment.

The year has been a bonanza for record breaking superlatives, with the highest inflation in four decades, the worst month for global bonds in over three decades, the strongest US dollar in two decades, and the largest ever drop in China’s currency in April.

The trend architecture and engineering at Aspect moves in lockstep across the programs, including Core Diversified and Diversified.

The Core Diversified strategy is a pure play trend follower, but is differentiated from some plain vanilla trend strategies, mainly by its models and investment universe, and also by risk management with respect to equity and fixed income beta.

Aspect’s various trend following strategies share intellectual property in the form of their evolving trend models: “The trend architecture and engineering at Aspect moves in lockstep across the programs, including Core Diversified and Diversified,” says Razvan Remsing, Director of Investment Solutions at Aspect Capital, who has been with the firm for more than 10 years.

In headline terms, the Core Diversified strategy is 100% in “medium term trend following”, but the time horizons are actually more nuanced. The average holding period, and the majority of the eight speeds currently traded, fit the medium-term category, but at either end of the spectrum, the shortest and longest speeds arguably encompass some overlap with what could be termed “short term” – days – and “long term” – 6 months. All eight trend filter speeds have profited in 2021 as well as in 2022 to May, and five were positive in 2020.

The weightings to the speeds are not fixed, but can change according to what Aspect describe as an offline constrained optimization process. Remsing explains: “Rather than constantly rebalancing the weights, we utilize a growing window of data, look at transaction costs, correlations and desired portfolio level reaction and responsiveness functions. We then seek the most diverse ways to capture trend information, balancing position stability with responsiveness”. This process results in a barbell of exposure across the speeds, with more exposure to shorter and longer term and less to medium term.

An eighth filter was recently added, at periods below seven days. “It is designed in part to dodge bullets from sharp events, by reacting quickly to reversals, but also to more readily latch onto emergent trends. Its introduction to the filter bank has increased signal responsiveness but not at the expense of higher turnover,” points out Remsing.

Other ongoing research refinements are increasing the models’ responsiveness to changing volatility regimes at each speed. This seems especially timely when the past year has seen multiple asset classes, including equities, bonds and currencies, move to higher volatility regimes. The current climate could be viewed as either “high” or reverting to normal, depending on the lookback period used to define what is normal.

The Core Diversified strategy trades 150 contracts in the UCITS format and its universe is growing across asset classes. It trades some less widely invested commodities such as European electricity and European natural gas. Its equity indices in emerging markets include some medium sized markets such as Turkey, Korea, Malaysia and Thailand. There are plans to add 27 interest rate swaps, at two-, five- and ten-year maturities, bringing the UCITS variant in line with the Cayman variant of the program, thus spanning a similar market universe to that of the flagship Diversified program.

This convergence between the programs’ markets has been underway for a while. For some years, Core Diversified only traded the most liquid 100 or 110 markets from the Diversified universe of 200 or 220. There are two reasons for the expansion. Notwithstanding the broad-based performance attribution drivers of trend following in 2021 and 2022, “Trend is on average a relatively weak signal at the individual asset level, so increasing the number of markets improves the opportunity set for the strategy at the portfolio level,” says Remsing.

And the investor base for the Core Diversified program has evolved: “Five to ten years ago, institutions adopting an equity risk mitigation strategy or a crisis risk offset solution were comfortable allocating to trend strategies in more concentrated portfolios of traditional markets. However, as the concept of both ‘crisis’ and ‘mitigation’ has evolved – institutions now seek strategies that can provide useful diversification and protection from persistent erosion of capital in both equity and bond markets as well as ability to navigate other thematic risks such as inflation and stagflation. This widening remit for trend strategies allows for more tolerance for broader sets of markets,” says Remsing.

The crisis offset objective is still heeded in product design features, and the strategy does have some additional controls to improve its diversification qualities versus equities and bonds. “When CTAs are often used to complement equity and fixed income exposure, we would not want the fund to have greater equity beta sensitivity than the equity portion it complements,” says Remsing. Aspect has introduced a feature that limits the programs’ peak equity beta at roughly the equivalent of one. A nuance comes in how the equity beta is defined and calculated: “It includes not only direct net equity exposure, but also indirect equity beta arising from other markets’ sensitivity to equities. This is estimated using an optimization technique,” explains Remsing.

Trend following CTAs in general have a zero long term correlation to equities anyway, and in fact the limit has not been active for some time, but it could give investors some comfort on maximum equity beta participation in a more bullish environment.

There are also limits on maximum fixed income interest rate duration exposure, across short term rates and bonds in multiple countries. “The aim here is to limit the sensitivity to a parallel shift in rates,” says Remsing. Directional trading of interest rates is one trade type; trading different maturities long and short can also allow the program to profit from calendar spread trends such as curve steepening or flattening.

The short bonds trade has been an especially important return driver in 2021 and 2022.

The Core Diversified strategy trades 150 contracts in the UCITS format and trades some less widely invested commodities such as European electricity and European natural gas.

Though Aspect is not exclusively trading trends in the largest and most liquid markets, it nonetheless estimates plenty of spare capacity: “Core Diversified could run USD 15-20 billion and Diversified USD 10-12 billion in current market conditions. Diversified has slightly less capacity as its non-trend relative value models consume more turnover,” says Remsing. Of course, capacity is a moving target as new markets are added, and these estimates could grow.

Aspect’s Core Diversified program can be accessed through several vehicles: UCITS, a Cayman fund and managed accounts. The UCITS has a flat fee of 0.75% for a volatility target of 12%, and no performance fee. Different fee structures can be negotiated for managed accounts.

The objective is to avoid tracking error due to either costs or omitted markets.

Though the UCITS entails some extra costs, Aspect bears these so that investors in the UCITS face the same costs as those in the Cayman fund.

The UCITS also avoids tracking error with the Cayman fund because certificates, which are transferrable securities, are used to gain access not only to commodities but also to some fixed income futures. “This structure has been in place since 2014, for a different strategy based on the Diversified program,” says Remsing. Whereas some CTAs in UCITS format avoid commodities altogether, Aspect are of the opinion that commodities are not only important but necessary, both for a potential super-cycle, and to capitalize on general inflationary dynamics.