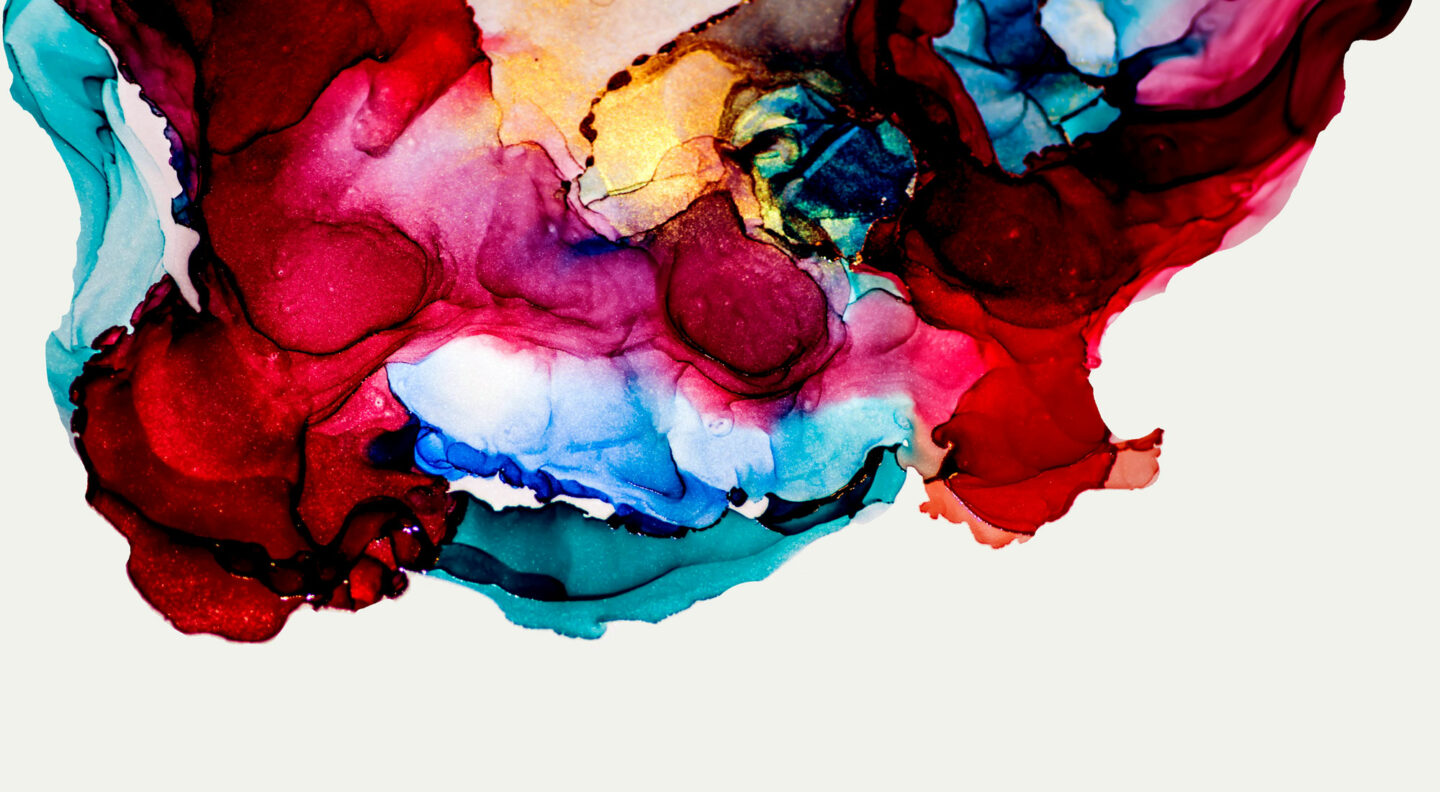 Allspring Lux Worldwide Fund – Global Long/Short Equity Fund (GLS) received The Hedge Fund Journal’s UCITS Hedge 2022 award for Best Performing Fund over 4 Years ending in December 2021, in the Long/Short Equity Global – Quantitative (AUM > $1bn) category. Substantially all the performance was generated in 2021, as the extreme factor behaviour of the 2018-2020 period started to normalise. The strategy which started in 2009 can be accessed through the UCITS launched in 2018, a US mutual fund or a US 3c7 fund. All of them run pari passu, but the UCITS implements shorts via swaps rather than physical shorts.

“The genesis of the strategy was a reverse enquiry from a client who had been invested in a low volatility long equity strategy for many years and wanted a strategy with some short exposure and other distinctive features,” explains Harindra de Silva, portfolio manager for the Systematic Edge team at Allspring Global Investments.

The genesis of the strategy was a reverse enquiry from a client who had been invested in a low volatility long equity strategy for many years and wanted a strategy with some short exposure and other distinctive features.

The overall portfolio construction process is based on multiple risk factors and limits in addition to the Barra model based on monthly data; another risk model is based on a very different approach of principal component analysis using daily data while Axioma’s optimization engine is used to accommodate multiple constraints.

Performance attribution patterns for the strategy are unusual. Since December 2009, the short book has generated the bulk of alpha, and produced small absolute returns. In absolute terms longs have made 9.3% and shorts lost 0.93% annualized, but in alpha terms longs made only 1.63% annual alpha while shorts contributed 2.23% alpha, as of 5/31/2022.

Performance breakdowns are also distinguished by US equities – which are generally perceived to be the most efficient global equity market – having contributed more alpha than European or Japanese stocks. One explanation for this lies in the breadth of the opportunity set. “The US has over 1,000 liquid stocks whereas Japan has only around 250, and a larger investment universe allows for a more diversified factor tilt,” says de Silva.

Though the strategy overall is net long, a small cap market neutral sleeve added four years ago has been a significant alpha engine; this is probably less unusual since many managers claim to make more alpha from small caps.

The strategy identifies shorts that are not only high beta, but also on average lossmaking with negative return on equity, which also appeal to other hedge fund managers. From a statistical perspective some degree of crowding in shorts is acceptable since high short interest is on average seen as a “smart money” indicator. Five- or 10-year periods ending in 2020 were an aberration in that high beta stocks broke their usual pattern of underperformance, though it was still evident on a 15- or 20-year lookback – and has come back violently in 2021 and early 2022.

Yet shorting high beta names can be a hazardous and existential threat to some funds. GLS has rarely seen mishaps that have caused large losses for some hedge fund managers in recent years. It has not fallen prey to shorting so called “meme” stocks such as AMC or GameStop. “They are filtered out by a range of risk considerations, including news flow, high implied volatility and machine learning identification of stocks that cannot be easily forecast by fundamental factors. Our worst nightmare is a stock that is not fundamentally driven,” says de Silva.

As well as screening out some names, GLS differs in how it manages and sizes the positions. The short book of around 61 stocks is relatively concentrated for a quantitative manager, but more diversified than many discretionary long/short managers. Importantly, more volatile shorts, including some involved in hydrogen fuel cells and nascent space tourism, were sized smaller due to their implied volatility and news flow. There is also an event filter of takeovers or corporate actions or natural disasters for both the long and short books.

This is informed by the experience of building portfolios based on multiple styles and factors. De Silva and colleagues have been developing multi-factor stock selection models since 1996 at Analytic Investment Management (the predecessor firm to Allspring Global Investments) and have authored journal articles on the topic.

Allspring has a stable and persistent bias to some factors while others are more dynamic. The low volatility tilt is a structurally hard-wired feature of the strategy, as is a somewhat positive ESG bias to avoid stocks with bad ESG scores that consistently predict bad tail events. But other factor exposures do move around both in terms of top-level factors and more granular factor models within value, momentum and growth. “For instance, our value weighting overall went up over 2021. And within value, the sales to price factor model went from negative exposure at the end of 2020 to positive exposure at the end of 2021,” says de Silva.

We expect that definitions of staples will change again over the next 5-10 years. Cloud computing could become a utility even if it is not classified as such now.

Dynamic reweighting of factors is one example of how the process blends fundamental, statistical and technical inputs. The reweighting is driven partly by technical factors: elements of both momentum and mean reversion in stocks’ recent performance, which will sometimes point in opposite directions but can also be aligned at other junctures. “The momentum driver will add to factors that have been working well over the past one or three years. The mean reversion driver is based on factors’ three-year performance relative to their long-term average. In early 2022, both momentum and mean reversion drivers have been increasing the value weighting,” says de Silva.

Some factors’ weightings are also calibrated to economic regimes: “Historical earnings are accorded less importance during an economic recovery such as post-Covid when sales to price can be more informative than PE ratios,” says de Silva.

The strategy is not completely agnostic on value versus growth and has some bias towards value. “We tend to range between neutral and overweight of value because we expect the long run payoff is positive. Even when value was out of favour, we still maintained a neutral stance. In contrast we predict a long run payoff from growth closer to zero and are more often underweight growth,” explains de Silva.

A further nuance is that Allspring’s factor definitions are somewhat, but not radically, different from generic metrics. “Allspring’s risk styles are recognizable in a regression against standard metrics: running the portfolio through an MSCI risk model shows clearly identifiable exposures overweighting value and underweighting quality and financial risk. But there are also nuances and tilts. Our analysis of financial accounts will clean up factors to account for extraordinary items and differences between industry and country accounting standards,” explains de Silva.

Though stock selection is the main performance driver, GLS is not constrained to be country or industry neutral. There are some larger industry tilts and smaller country tilts. “For instance, in 2022 the strategy had been underweight of energy, based on its relatively high beta over a three-year lookback. The exposures are fluid and by April 2022 the strategy had turned neutral of energy. This is based on risk alone: the strategy does not attempt to forecast industry returns,” says de Silva.

There is some flexibility around industries because a structural low beta bias does not necessarily imply the same industries over time. The beta of sectors is fluid. “In 2022 low beta is expressed partly through being long of consumer staples, but during the Covid crisis IT also became a staple. We expect that definitions of staples will change again over the next 5-10 years. Cloud computing could become a utility even if it is not classified as such now,” says de Silva.

A popular narrative is that higher inflation and interest rates are contributing to the rotation from growth to value stocks in 2022, which the strategy is benefiting from, but it is not making a direct wager on these macro variables. “The strategy is not aiming to make big bets on macro factors such as inflation or interest rates, both of which are estimated to be near to the benchmark exposures. We have our own internal way to estimate and actively manage inflation and interest rate exposures,” says de Silva. Some individual sector weights, such as overweight utilities or underweight banks might appear to be long or short duration bets according to some narratives or analytical perspectives, but the overall portfolio exposure is estimated as being close to neutral.

The strategy was conceived by Analytic Investors, which was acquired by Wells Fargo Asset Management (WFAM) in 2016 and rebranded in 2018, before WFAM itself spun out as Allspring Global Investments in 2021. Notwithstanding the nomenclature changes, the team in effect operates as several systematic boutiques within Allspring, which also has a systematic fixed income specialist. The different units share technology, data and a trading and implementation platform, but retain distinct approaches. The team’s equity long/short strategies have retained the same portfolio managers and continuously used models throughout the series of corporate incarnations.

The broad structure, philosophy and biases of the strategy have been constant and consistent: “We did not go from static to dynamic factor weights. We continue to use ways of capturing factor momentum and mean reversion. But over time there has been incremental innovation, in three main dimensions: alpha, new ways to blend and weight factors and new data. We have tweaked factors and variables, and added new variables,” says de Silva. For example, the value factor has been enhanced; alpha factors were refined to consider the effect of economic regimes and during the Covid crisis in 2020, a “stay at home” beta factor was introduced. Meanwhile, news analytics started in 2012 and can react rapidly to events. “Several sectors were removed after the tsunami hit Japan. Some UK stocks with Russian exposure were removed about a week before Russia’s invasion of Ukraine. Meanwhile Hong Kong stocks picked up news around Chinese regulatory crackdowns on several sectors, but were not actually removed,” says de Silva. One example of innovation in analytics was introducing machine learning techniques to identify stocks that do not trade on traditional fundamentals.

The ESG risk-based model has also evolved, having been honed and refined since 2013. “The ESG risk model uses various ESG risk rankings, including MSCI, Sustainalytics and others, to help size both long and short positions. Low risk names could be sized up to 2.5% on the long book but this gets reduced as the ESG score goes down. News and implied volatility are also used to gauge risk and downsize some positions to as low as 0.50%. Taken together these constraints lead to downsizing of about 10% of the investment universe of 1,600 stocks,” says de Silva. ESG is an ongoing research area: future research projects include carbon risk. For the time being, the UCITS version of the strategy is making disclosures under SFDR article 6.

Performance in 2021 was at the top end of the historical range, with longs and shorts contributing both substantial amounts of alpha and absolute returns, and de Silva is somewhat upbeat on the outlook: “The hit rate over time is reasonably high, with positive alpha 60-65% of months, and 75% of years. The strategy will tend to lag in a sharply rising market, so the past 5 years have been a headwind. Over history, equity markets are down or rise by less than 12% per year around 60% of the time. Over the past 5 years they rose by more than 12% a year around 60% of the time. We expect a more volatile and normal market environment should be constructive for the opportunity set”.