Originally published in the November 2018 issue

While the US-Mexico-Canada trade war has been settled with the renaming of NAFTA to USMCA, the US-China trade war appears to be entering a worsening phase. At the same time, the Presidential elections in Brazil provided an important change of leadership that may lead to political and financial reforms. And, Brazil is a beneficiary of China redirecting purchases of soybeans and other products away from the US. The net result suggests that the Brazilian Real may gain ground against the US dollar in the coming months while the Chinese Yuan may challenge resistance levels and remain on a weakening path.

During the 2015-2016 period when exports declined, the Chinese Yuan weakened toward CNY 7.00 per USD, before rallying all the way back to CNY 6.30 per USD as global growth synchronized in a positive development that re-stimulated Chinese exports. The US-China trade war has reversed the currency’s path again and led to significant weakness relative to the US dollar. The next stage of the US-China trade war may well move into a new phase. There is a distinct possibility in the spring of 2019 that the US Treasury Department may declare China a currency manipulator, suggesting more tariffs and penalties from the US. 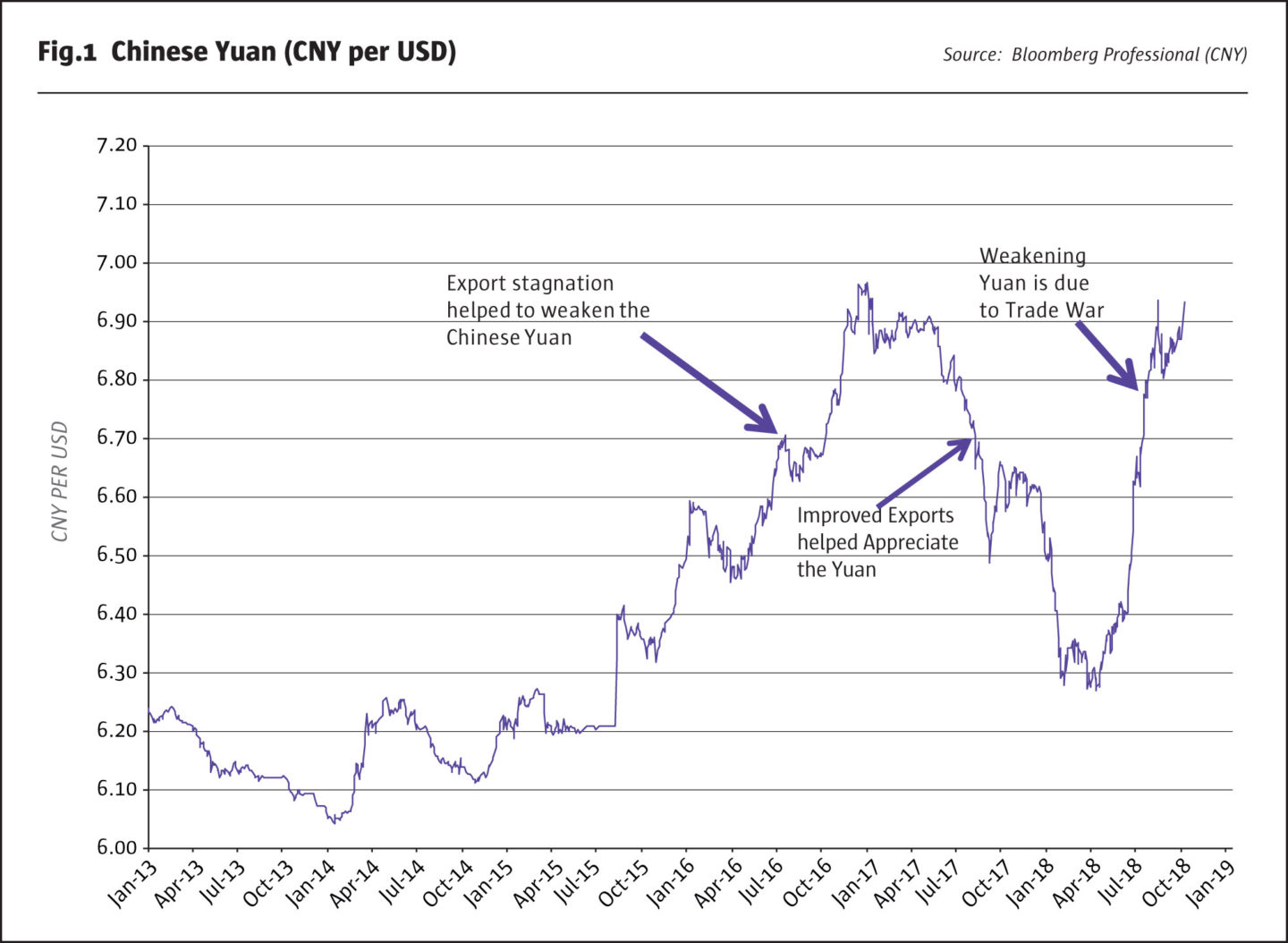 The currency manipulator label comes with some quantitative tests. “The US Treasury has established thresholds for three criteria as follows: (1) a significant bilateral trade surplus with the United States is one that is at least $20 billion; (2) a material current account surplus is one that is at least 3 percent of gross domestic product (GDP); and (3) persistent, one-sided intervention occurs when net purchases of foreign currency are conducted repeatedly and total at least 2 percent of an economy’s GDP over a 12-month period.” (from the Report to Congress: Macroeconomic and Foreign Exchange Policies of Major Trading Partners of the United States, October 2018.) Under these three criteria, many other countries are far ahead of China in the currency manipulation sweepstakes. What may be different in the spring of 2019 when the Treasury Department conducts its next semi-annual currency review is that US Treasury Secretary Steven Mnuchin may change the criteria so he can get the answer that the US Administration wants.

Unlike the Treasury Department, our own analysis of currency management activity looks well beyond trade and current account deficits and takes capital flows into account. Capital flows swamp trade flows, and they are a more powerful determinant of exchange rates than goods and service flows by a magnitude of 10:1 or even higher. And, like the US Treasury Department, we do look at currency management practices. The best indicator of currency management policies is the pattern of accumulation or drawdown of foreign reserves, especially US Treasury securities. Countries experiencing upward pressure on their currencies often see this as an opportunity to use their own currency to buy US Treasury securities and other foreign assets. Countries experiencing downward pressure on their currencies may choose to spend some of their foreign reserves to buy back their own currency. 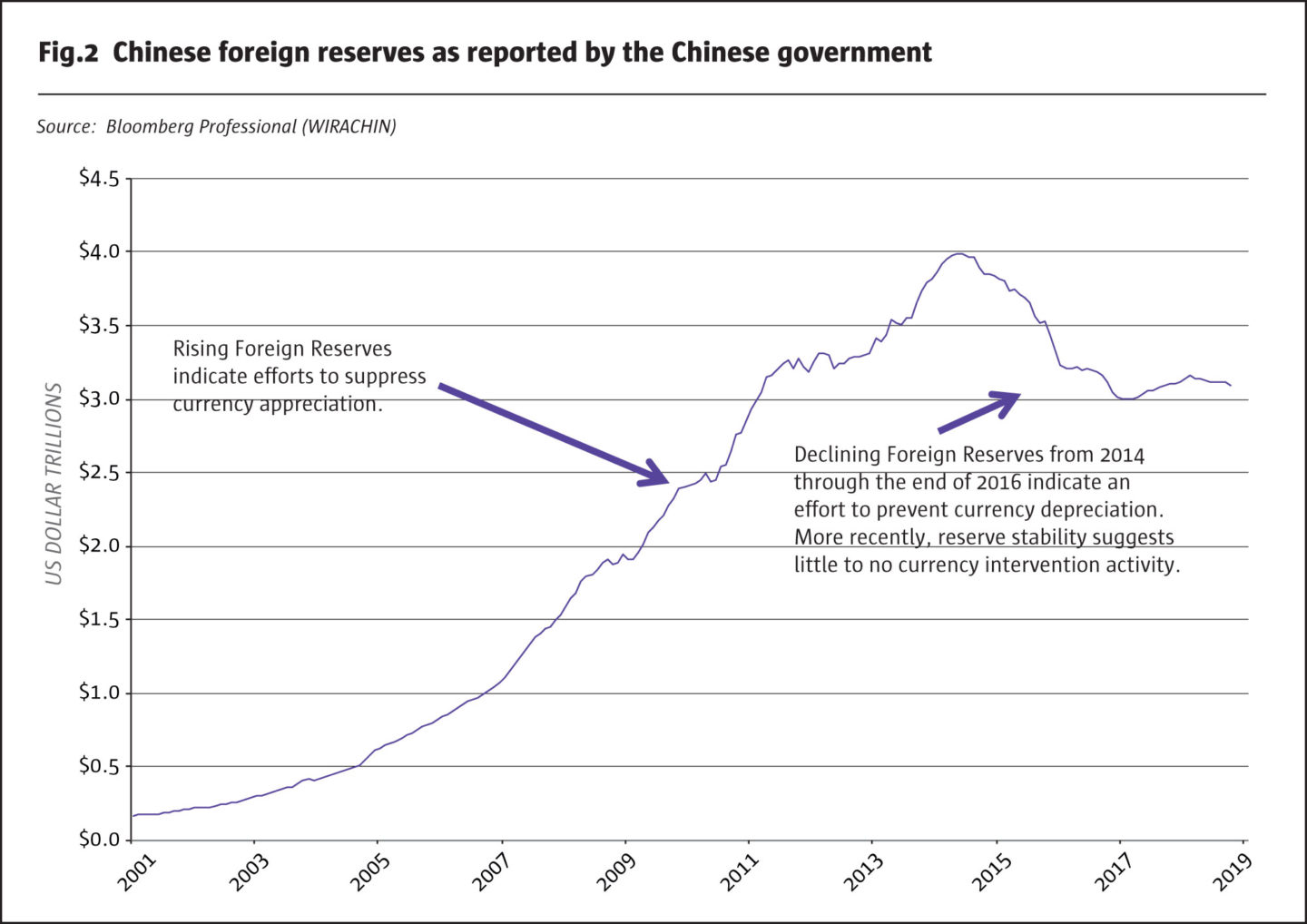 Our analysis of Chinese foreign reserves suggests that China has tried to dampen the volatility but has not intervened to the extent required to prevent depreciation. Indeed, it is not clear that an aggressive FX intervention approach would have changed the recent path of depreciation, given the economic fundamentals. China has been stimulating domestic consumption by expanding new loans to the economy, which is the equivalent of monetary easing, and this accommodative policy would have made FX intervention counter-productive to its economic growth management objectives.

While China’s currency and stock market have been impacted negatively by the US trade war, the government has been able to manage economic growth as well as shift import-buying, especially of agricultural products, to non-US producers. Both the US and China are digging in for a very long trade war. If the Chinese Yuan breaches the CNY 7.00 line, there is the possibility of further moves toward CNY 8.00. For China, 8 is a much luckier number than 7. Remember, from 1994 through to early 2006, the Chinese Yuan was fixed just above CNY 8 per USD. It has been there before. 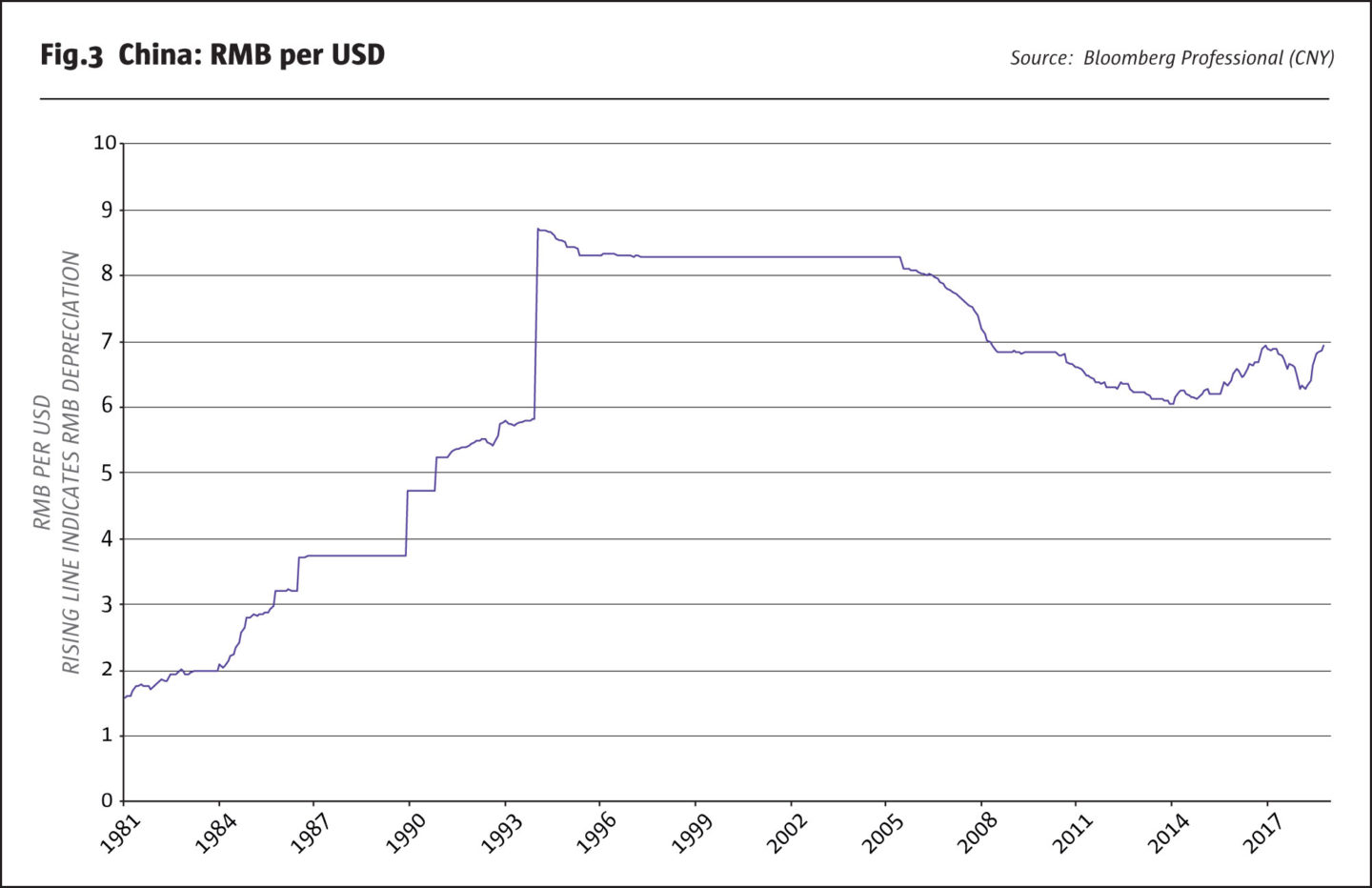 The 7 October 2018 first round of elections in Brazil was a game-changer. Jair Bolsonaro did not win an outright majority of the vote, but he came very close at 46% and then secured the Presidency with the vote on 28 October after a very polarized campaign in the country.

Moreover, there was an important shift in the makeup of the Senate and Chamber of Deputies which suggests that the new President will have much greater success in getting his financial reform policies enacted into law than was anticipated prior to round one of the election. Bolsonaro´s party elected a considerable number of new fiscally oriented congressmen, making them the second biggest party now in the Congress. The new Chamber of Deputies will comprise the greatest number of parties since the “redemocratization” of Brazil started in the 1970s following the military government. If Bolsonaro can work with the centrists in the Congress to achieve reasonable compromises, then reforms are possible. Thus, we expect some modest action in 2019 to cut discretionary expenditures and to consolidate some Ministries. Analysts estimate that the fiscal adjustment necessary for Brazil is approximately 4-5% of the country’s GDP, highlighting the importance of passing the reforms and getting the economy back to growth. There may also be action to accelerate privatization. Bolsonaro´s plans to sell some of the state companies while maintaining the ones that are strategic for the country, by which he means Petrobras etc. Pension reform will be the toughest task, and that is where difficult compromises will be needed to pass legislation. 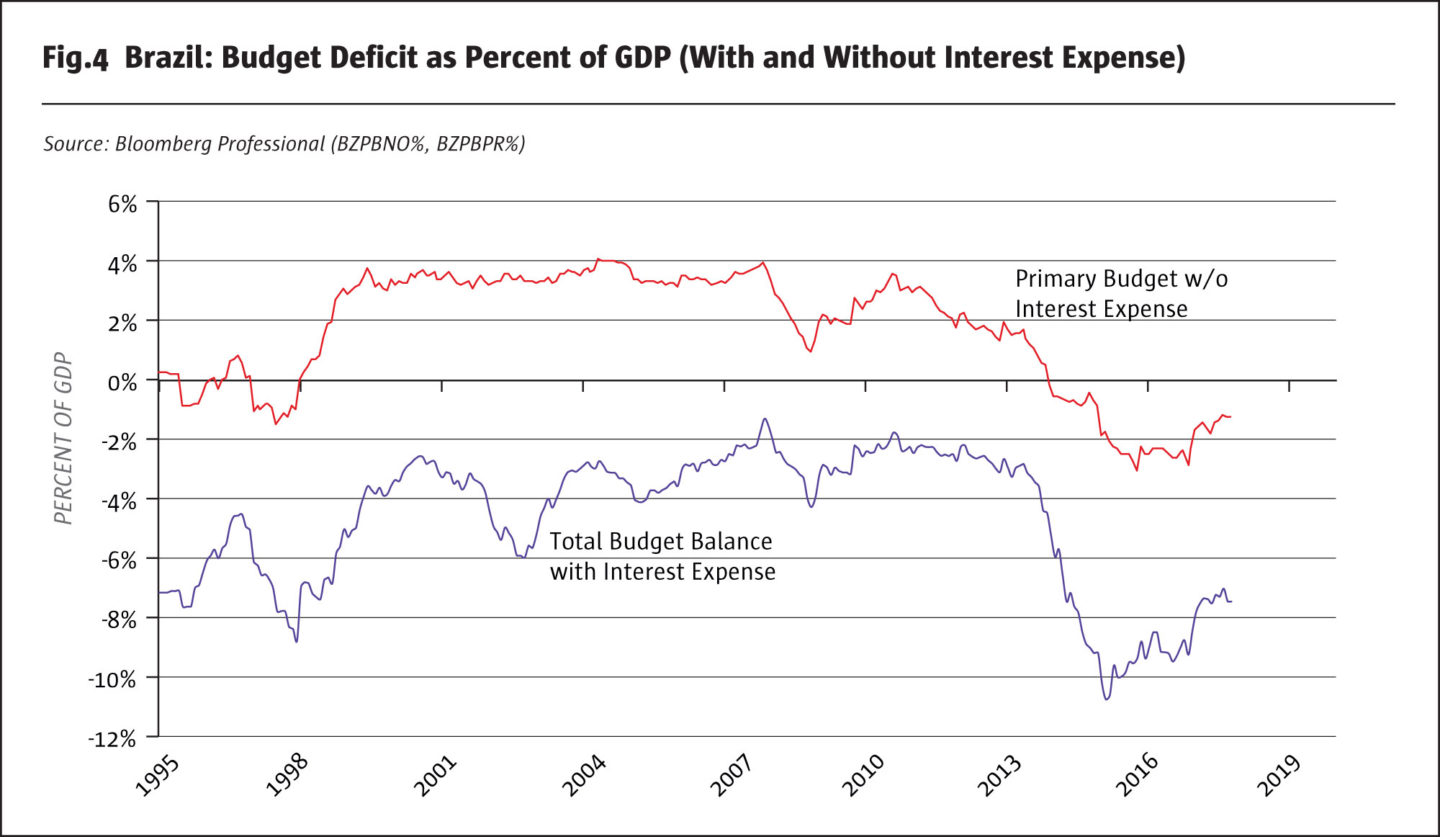 In addition to the improved prospects for budget reform, Brazil is a major beneficiary of the US-China trade war. After the US fired its first shots with tariffs on Chinese goods, China retaliated with tariffs on US exports, such as soybeans, and redirected buying of both crude oil and soybeans away from the US. Brazilian farmers have seen exports of soybeans show double-digit percentage gains over previous years. It is certainly possible that Brazilian farmers may take the trade war into account and change their plans related to how many acres of soybeans to plant next year – potentially ramping up production and exports to consolidate relations with China. 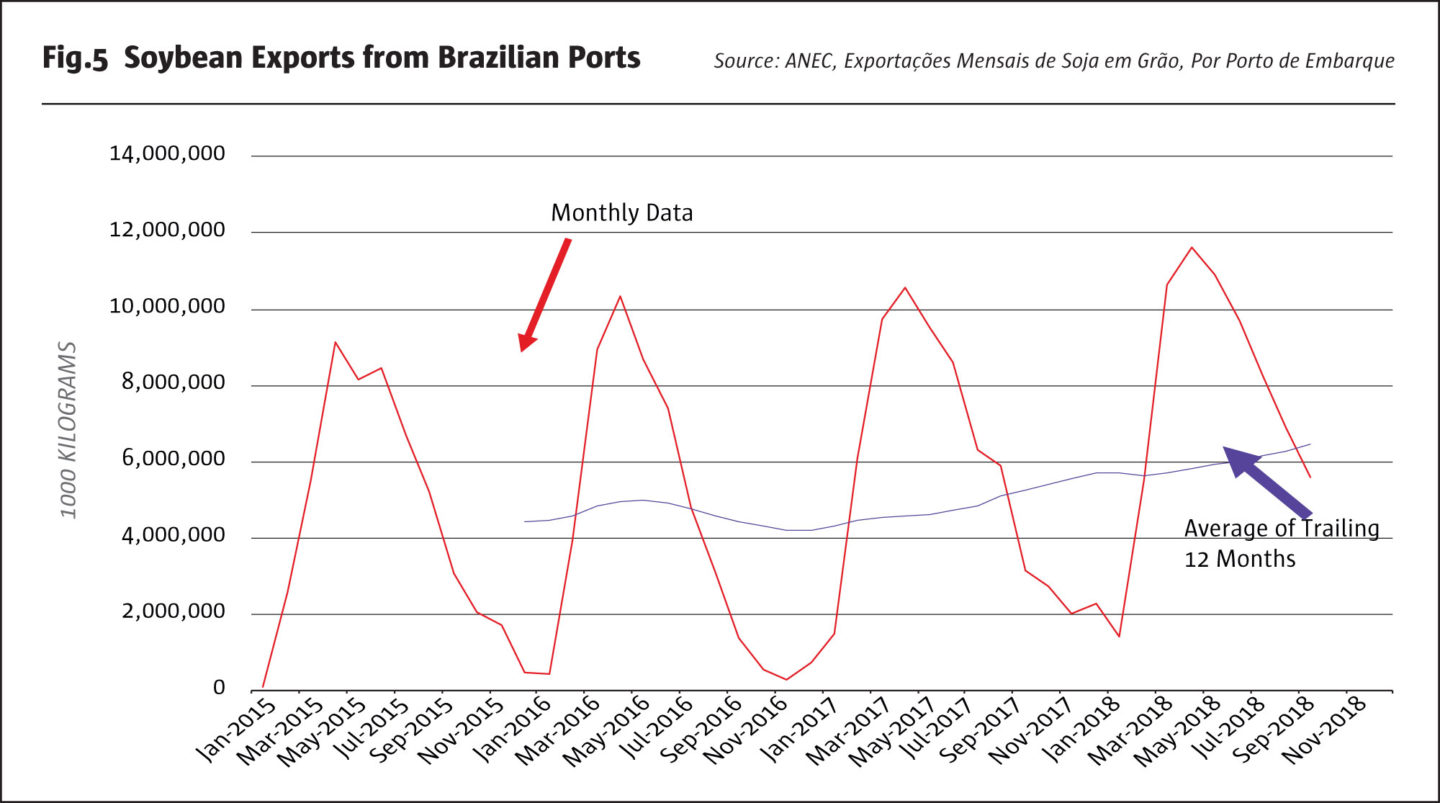 Thus, even if the US-China trade war is resolved soon, which is not likely at all, many countries on the receiving end of the aggressive US tariff tactics may well decide that a more permanent diversification of their trade flows is important for their long-term economic security. Think of this approach as a US-plus strategy, where it is fine to have the US as an important trading partner, but do not depend solely on the US and develop other non-US imports and export markets. In short, the US trade war may have permanently shifted some market share for agricultural exports away from the US and to Latin America. 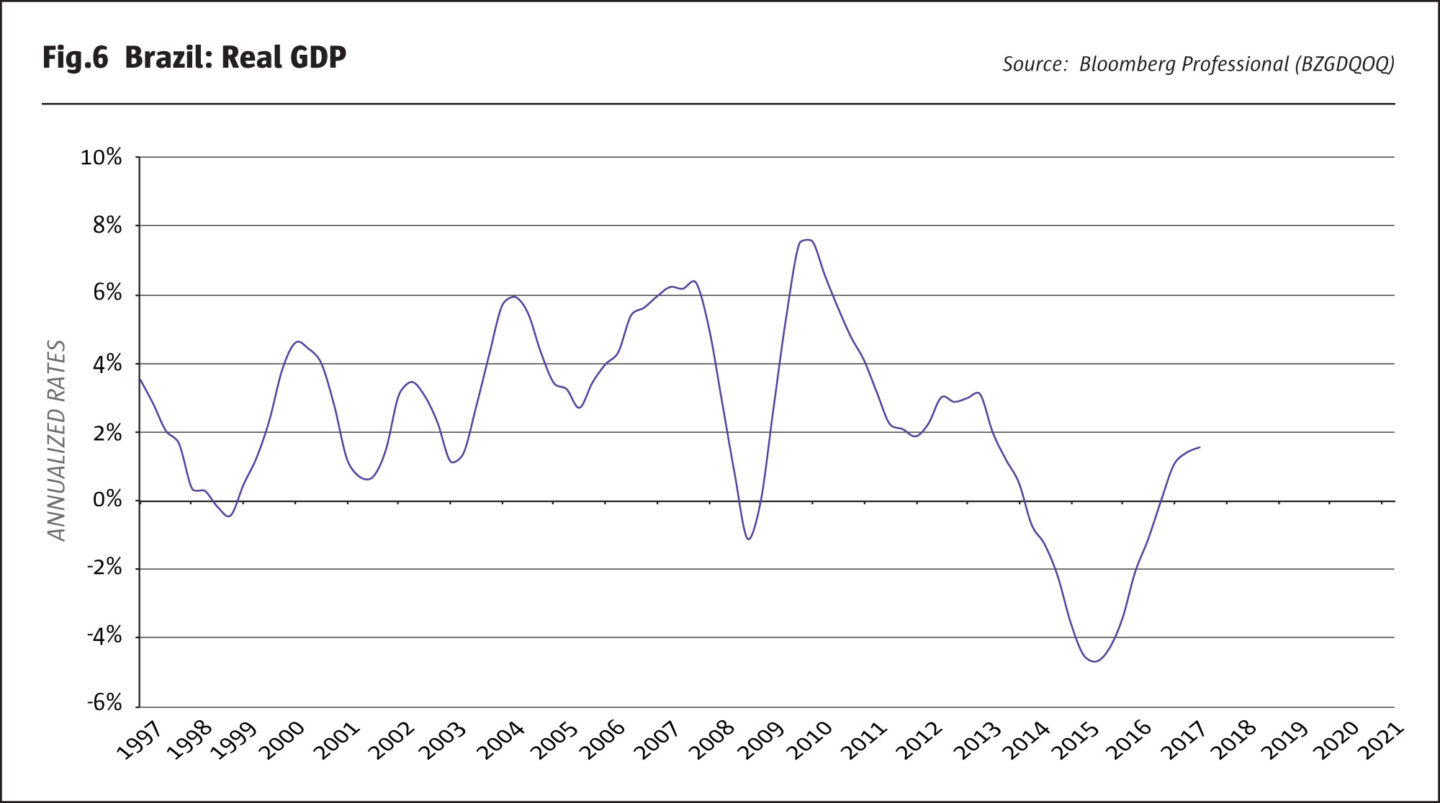 The bottom line for the Brazilian currency is that improved prospects for fiscal reform coupled with rising agricultural exports may provide market pressure for currency appreciation. In turn, any upward pressure on the currency gives the central bank the room to incrementally ease rates as a way to offset some of the potential fiscal reforms. Putting all this together gives Brazil an excellent opportunity to embark on a period of economic growth which could make the fiscal reforms much easier to implement. 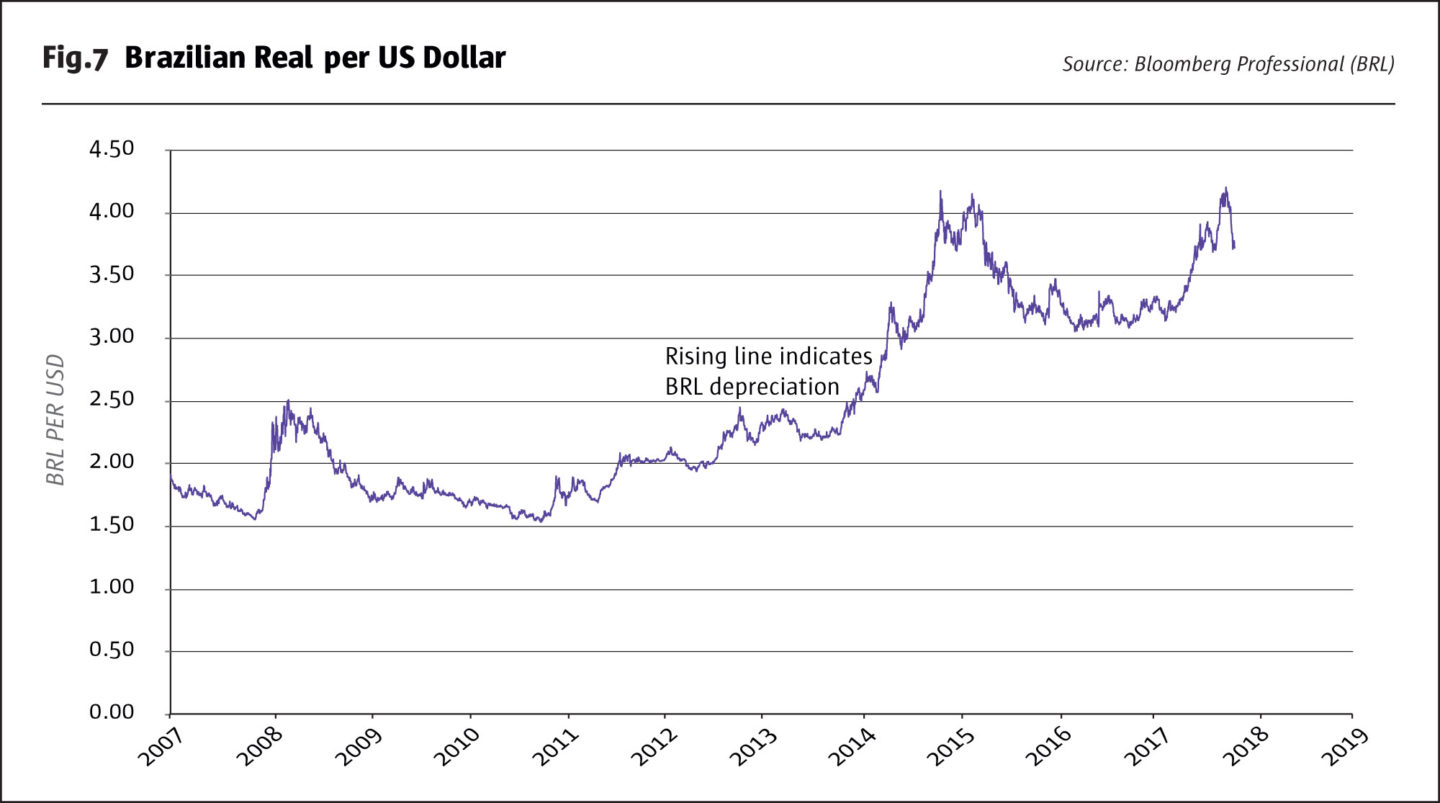