“It’s like déjà vu all over again” is the quote famously attributed to Yogi Berra, the legendary US baseball player.  As a veteran of the 2008 crisis and the chaotic anti-short selling measures that were imposed in its aftermath, this is a thought that has crossed my mind more than once during the past week and a half, since Covid-19 tightened its grip on Europe (although, perhaps given the European context, a more appropriate quote would be “plus ca change plus c’est la meme chose”).

What is unfortunately abundantly clear is that the lessons of the 2008 crisis, when the market was inundated daily with ambiguously-worded, ill-thought through short selling restrictions that paid scant regard for the need for market participants to be able to hedge the risk in their clients’ portfolios effectively, have not been learned by European regulators. Back in 2008, there was a perception that the chaos was, at least in part, a punishment being visited on the financial services industry for its role in the crisis. The industry has played no part in the emergence of Covid-19 and is as much a victim as any other sector. Yet, in contrast to their US counterparts, EU regulators appear to be taking sides, issuing rules making it much more difficult for financial services firms to manage their clients’ risks, hurting pension funds, endowments and the ordinary folks that governments are meant to be protecting right now.

What is unfortunately abundantly clear is that the lessons of the 2008 crisis have not been learned by European regulators.

At the time of writing, six EU countries have introduced their own individual short selling bans.  The six (Austria, Belgium, France, Greece, Italy and Spain) could legitimately be referred to as the “usual suspects”, in that they are the same six EU nations that introduced short selling bans back in 2008. Of the six, five of them have banned the creation or increase of net short positions calculated in accordance with the methodology in the European Short Selling Regulation (the “SSR”). The remaining country, Austria, has issued an extremely poorly worded ban that appears to ban both physical short selling and any gross non-physical economic sale activity (i.e. both short and long sales). For example, the Austrian ban appears to prohibit the reduction of a long swap position even where the holder of the position would remain net long following the reduction. Presumably, the Austrian regulator did not intend this and attempts are being made to persuade it to clarify the scope of the ban as a matter of urgency – so far without success.

All six bans include an exemption for sell side firms that have registered with their local EU regulator as a market maker for the specific stocks that are the subject matter of the ban.

Over the past week, we have been advising clients on a number of difficult issues. Some of them are described below.

Under the SSR net short position calculation, holders of positions in index derivatives and index tracking ETFs are required to “look through” the derivative or ETF to the underlying component stocks.

Index derivatives and index tracking ETFs are macro instruments that are often shorted by asset managers to hedge their clients’ portfolio or country risk in accordance with sound risk management principles. Unfortunately, several of the bans have called into question (at least temporarily) managers’ ability to carry out that sort of prudent hedging. The bans in Belgium, Spain and Italy included an exemption for broad based indices right from the start. However, for France and Greece there was no exemption and it took days for the French and Greek regulators to clarify that an exemption applied, calling into question for a lengthy period whether trading in contracts such as the Euro Stoxx 50 (the flagship pan-European large cap stock index) remained lawful. 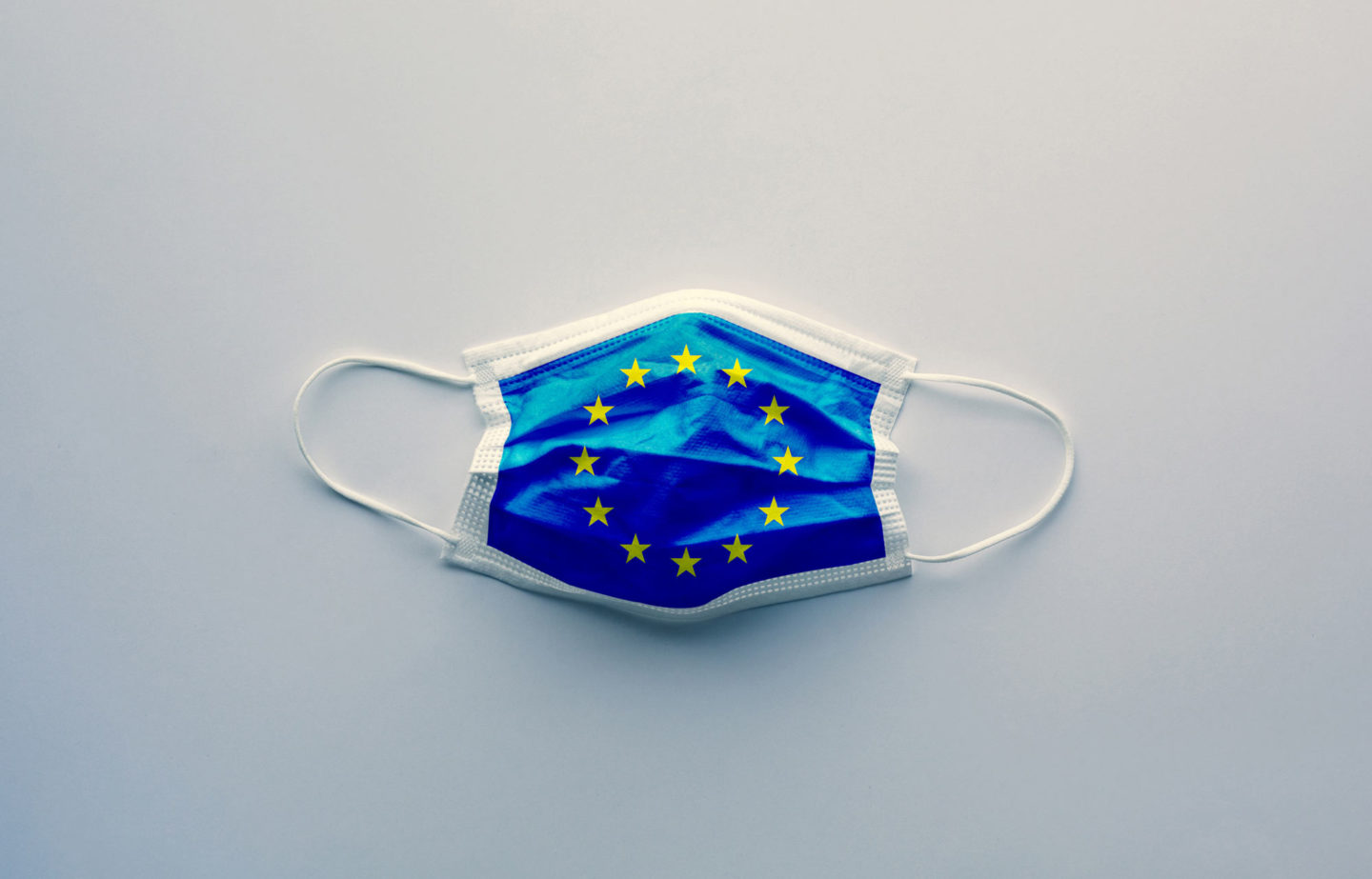 “At the time of going to press, six EU countries have introduced their own individual short selling bans.”

After much back and forth, each regime now contains an exemption for index derivatives (and index tracking ETFs) where the concentration of banned stocks in the index falls below a certain threshold – 50% (in Austria, Spain and France) or 20% (in Belgium, Greece and Italy), although in Spain, the exemption only applies to exchange-traded index derivatives, not, for example, OTC baskets. The principal causalities are, therefore, the CAC 40, IBEX 35 and FTSE MIB.

There has, for several days, been something of a “turf war” brewing between the BaFin in Germany and Consob in Italy in relation to the Euro Stoxx Banks contract (aka the SX7E). The main centre of liquidity for this contract is Eurex in Germany. However the index consists of more than 20% Italian stocks and so, on the face of it, is caught by the Italian ban. On 19 March, BaFin, in its capacity as competent authority for Eurex, issued a statement saying that the shorting of various derivative contracts on Eurex (including the SX7E) was permitted. Consob responded by issuing FAQs that confirmed that shorting of certain contracts (where Italian constituents were less than 20% of the weighting) was permitted but conspicuously omitted the SX7E from its statement (implying that the SX7E continued to be covered by the ban). On 23 March the regulators changed their prior guidance to clarify that the ban applies to certain versions of the SX7E that are traded on Italian trading venues but not other versions of the contract (e.g. the versions traded on Eurex). The status of the index is now resolved but, for over a week, the legality of this vital pan-European hedging tool has been very unclear.

We have been seeing many questions around the ability of market participants to roll their existing (pre-ban) short derivatives on expiry. Technically, rolling short derivatives on expiry results in an intraday creation of/increase in the net short position (although economically speaking, this is just maintenance of an existing position). All of the regulators who introduced bans were initially silent on this topic apart from Italy. Italy initially said that derivatives could not be rolled on expiry but after a couple of days of market pressure changed its mind. France. Spain, Belgium and Greece have also since confirmed that rolls are permitted. The position in Austria is not yet known.

The Italian and Spanish bans included exemption for delta neutral convertible arbitrage positions, from the get-go. The French and Belgian bans were initially silent on the point but were eventually clarified to include an exemption. The position in Austria and Greece is still unknown. While uncertainty persists convertible bond traders are unable to trade in a manner which they can be confident is lawful, leading many not to disengage, which, in turn, withdraws vital liquidity from the market.

Where a net short position contains non-delta 1 positions such as options, changes in market conditions can lead to changes in the delta causing an increase in the net short position. All of the bans apply on an intraday basis. This begs the question as to whether passive increases in the net short position arising from changes in the delta have to be neutralised on an intraday basis by decreasing the short or increasing the long. The Italian regulator and, after a time, the Belgian and French regulators said that passive changes did not need to be neutralised. The Spanish and Greek regulators initially said that passive changes did need to be neutralised but have now changed their minds. The position in Austria is unknown.

Our international team of regulatory specialists at Simmons & Simmons has spent the last week and a half cutting through the noise to provide our clients with clarity about the scope of the various bans and what they are and are not allowed to do as a result. We have been using our navigator: share disclosure tool to provide comprehensive overnight and intraday updates on the latest developments that can be quickly coded into clients’ position management systems. Through our links with local regulators we’re often the first firm to have the answers to some of these questions and, in many cases, we have played a part in persuading the local regulator to change its position to reflect a more market-friendly approach.

The biggest lesson of the recent week appears to be that the lessons of 2008 have not been learned. Chaos and confusion in volatile and falling markets helps no-one. I hope that when the dust has settled on Covid-19, the European regulators, assisted by ESMA, take stock of what has happened and implement changes that ensure that any future restrictions are implemented in a manner that ensures clarity for the market right from the start (rather than the mayhem and multiple voltes-faces of the last week).