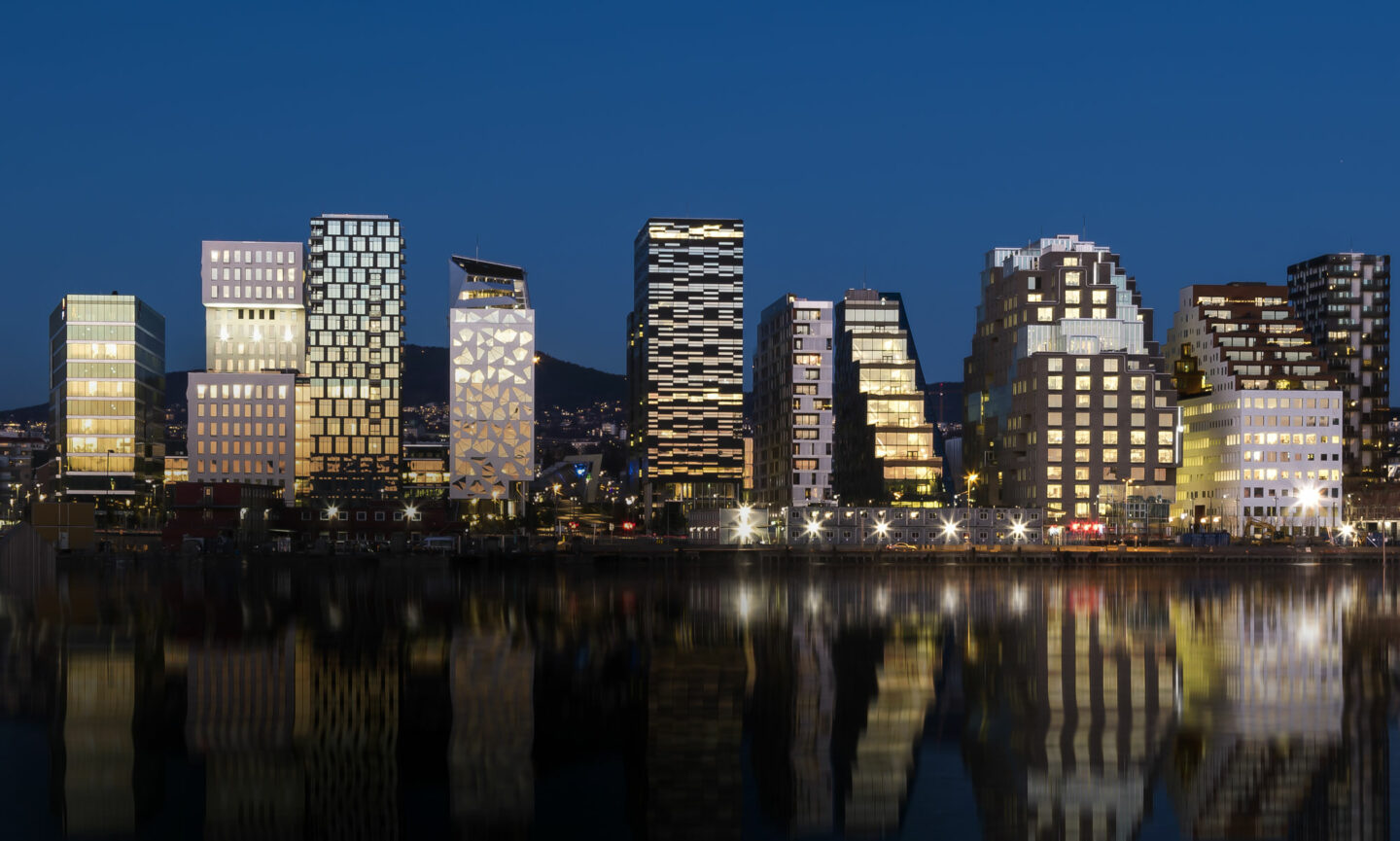 Sissener Canopus has once again received The Hedge Fund Journal’s UCITS Hedge performance award for best risk adjusted returns over five and seven years ending in December 2021, in the global equity long/short category. The strategy has in addition preserved capital in the first seven months of 2022, thanks to a blend of style rotation from growth to value, stock-picking, tactical index shorts, and some single stock shorts.

Over his long career, Sissener founder and veteran Nordic equity market player, Jan Petter Sissener, has seen inflationary and stagflationary periods in the 1970s and 1980s, and is not sure if the current environment is really so much different. The book is emphasizing value large cap stocks. The strategy’s largest long positions in mid-2022 are in energy companies, banks and insurers, which have lower PE ratios and higher dividend yields than the wider market.

The UK windfall tax is a misnomer, since oil is well below its peaks in nominal let alone inflation adjusted returns.

Sissener has been constructive on energy prices, both before and after Russia’s invasion of Ukraine, and finds the cash generation and high dividends of oil majors compelling. There is also some exposure to oil services firms, in Norway and the UK, that may benefit from increased energy exploration activity in general, and the desire for energy security in particular. For e.g. oil services group Petrofac which was bought after its penalty settlement with the UK SFO drew a line under controversy around bribes. Incidentally, Sissener suggests that, “The UK windfall tax is a misnomer, since oil is well below its peaks in nominal let alone inflation adjusted returns. The tax caused some short-term noise but does not impair the long-term investment thesis”. Oil tankers are another related holding which could gain from Russian cargoes needing to cover more distance.

Sissener favours leading banks with the largest market shares in their local markets, such as BNP Paribas and Intesa which are also top ranked for returning capital to shareholders. “Russian exposure had been a concern, but it is manageable,” he argues. The fund has implemented trades through both cash equities and option structures such as risk reversals, selling puts and buying calls. Writing calls and selling straddles has added to returns across several stocks and sectors.

Elsewhere in financials, Sissener views insurers as a beneficiary of higher interest rates, which reduce the cost of funding guaranteed policy returns for Norway’s Storebrand, a firm that boasts double digit growth rates and has a capital surplus. Storebrand has been a core holding for some years as has UK-listed Prudential, though it no longer appears in the top five because spinoffs have shrunk the position size. Prudential spun off M&G and Jackson Financial but remains a high conviction position and Sissener judges that, “The value of the Asian franchise is still not being reflected”.

Other longs include Oslo-listed classified advertising group, Schibsted, which has for a long time traded at a discount to its estimated sum of the parts valuation. There could be several catalysts for unlocking this value: “Selling Adevinta would make it a pure play on the Nordic region. Market normalization puts it on a low valuation of six times 2021 EBITDA, and five times 2022 EBITDA. Retail demand should increase,” says Sissener.

Net exposure has broadly ranged between 40% and 60% this year (though it can sometimes briefly be higher or lower around option expiries). It has been reduced by index shorts, mainly in the S&P 500, Europe’s Stoxx 50 and Oslo OSE indices. The UK equity market, which has performed relatively well, has not been shorted.

Single stock shorts have included electric vehicle maker Tesla, the Swedish property company SBB and Scandinavian Airlines. “We expect that SAS could go bankrupt or be recapitalized at a very low price. The position was small partly because it is has become hard to borrow the stock,” says Sissener.

There is also a small long position in airline Flyr. “Flyr could now benefit from other airlines’ problems such as strikes since it has no unions to reckon with. Customer satisfaction is high, and at current market value the company  makes about four times as much money per plane than local rivals. The current share price offers option value,” argues Sissener.

Having once been an expert witness for a pension fund suing a municipality, Jan Petter Sissener has for the first time taken a publicly activist stance in relation to a salmon farmer, Norwegian Royal Salmon (NRS). Its largest shareholder, NTS, promised to vote for a merger between NRS and its subsidiary Salmonor, and an associated capital increase, in January 2022, but then voted against it in April 2022 after a change of control of the board of NTS, which was taken over by SalMar. Sissener argued that NTS blocking the deal misappropriates returns from minority shareholders, and could take NOK 2 billion away from minorities, reflecting the increased valuation between the original agreement and NTS reneging on it. He spoke out against it at the extraordinary meeting in April. “We are very concerned about this behaviour. We expect to be treated as partners. We have collaborated with other shareholders in taking an activist view,” says Sissener, who has given furious interviews to the Norwegian press. The situation is complicated since NRS is now expected to buy Salmonor from NTS at an exchange ratio that generates less value for NRS minority shareholders.

Sissener acknowledges that the diversified miners are cheap, but does not currently own them, partly due to thermal coal exposure in some cases. Sissener’s ESG policy avoids firms with over 30% of revenues from thermal coal.

In common with many asset managers in Norway, Sissener uses the Norges Bank exclusion list as a starting point for its ESG policy and is increasing its own ESG research efforts as most of the firm’s funds are reporting under SFDR article 8. The ESG policy need not exclude all fossil fuels altogether: “We expect that fossil fuels will remain part of the energy mix for 10, 20, 50 or even 100 years, and have also selected oil firms that are transitioning their business models towards renewables,” says Sissener.

Though ESG and green technology stocks have seen a significant selloff, Sissener is not yet ready to try and pick winners in the space. “When that time comes, we would rather be in supply chain and service companies than execution companies,” says Phillippe Sissener.

The Sissener Corporate Bond Fund has lost only 1% in 2022 to July, mainly as income has offset spread widening. “Credit spreads have reached the highest levels in two years, which factor in some degree of recession risk. The credit fund has 70% floating rate exposure and so is well positioned to participate in any further rate rises,” says portfolio manager, Philippe Sissener. As of July 2022, it had a running yield of around 10%, which is the highest seen since the Covid crisis in March 2020.

Sissener Canopus has not made a completely wholesale shift out of growth stocks: there is still some exposure to semiconductor makers, though the manager has reduced exposure and sold call options against them. The approach is flexible and opportunistic in terms of style exposures: “We expect to rotate back towards quality sustainable growth names when there are signs of inflation and interest rates stabilizing. We see a narrowing valuation gap between growth and value and are ready to switch when the time is right. We are more likely to increase in Nordic Semiconductor, given the valuation gap with US peers. We expect that inflation is likely to come down and that most interest rate hikes are now priced in. We will not have the same inflation in 2023 and definitely not in 2024,” concludes Sissener.