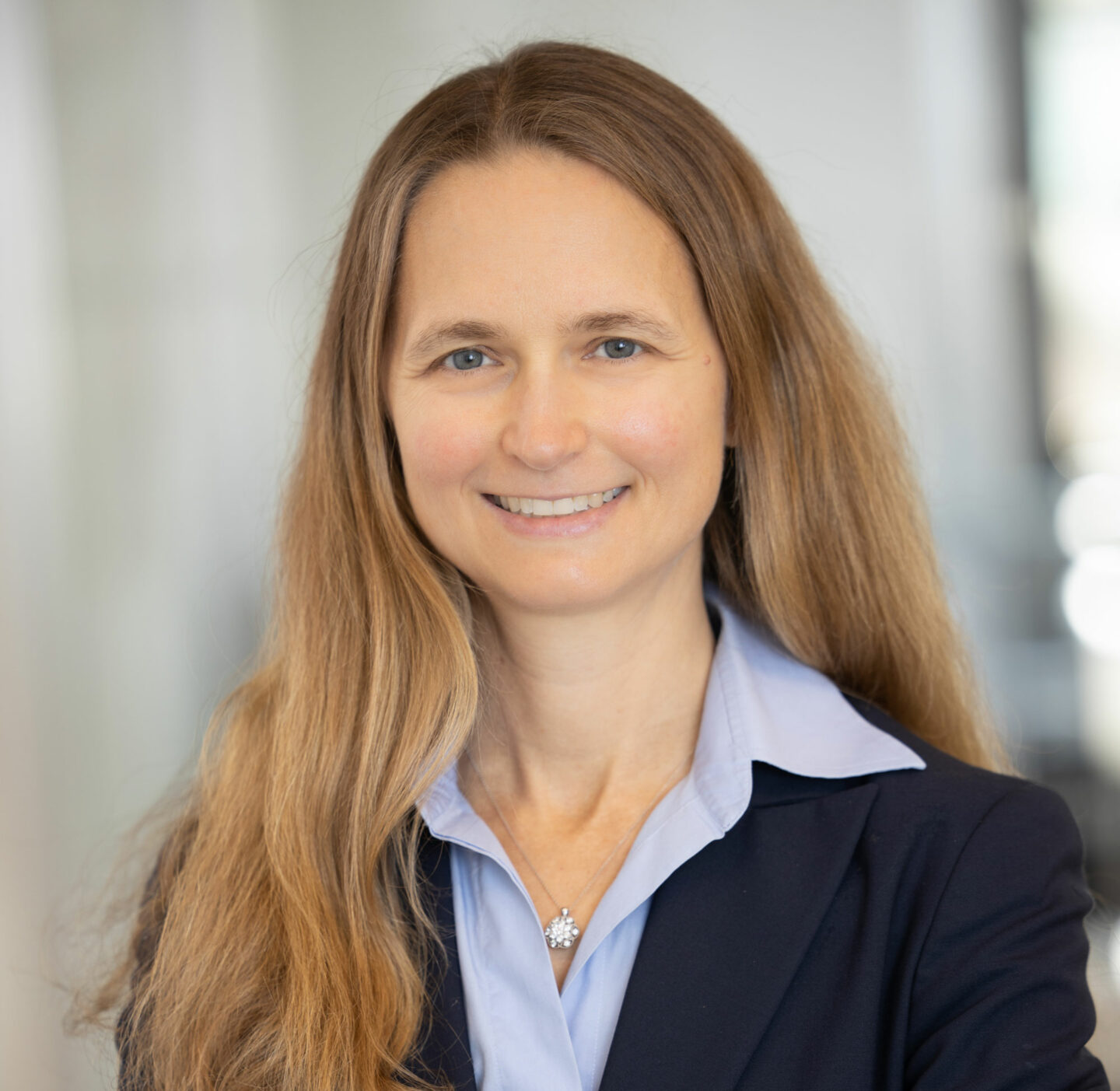 The Vantage name symbolizes investing with the broadest vantage point for incorporating micro and macro factors and for navigating trading dynamics in all market environments,” says Avery Sheffield. Her value-oriented investment style is distinguished by low, but variable net exposure, short selling of single stocks, ESG integration including proprietary analysis, and ferreting out alpha from non-traditional research.

Since childhood, her grandmother’s stock investing inspired a passion to become a portfolio manager, though she only achieved the dream after a decade of experience in other industries and a Wharton MBA. Working in other industries: m-commerce and multimedia messaging; consulting for wireless technology and health firms; and executive search, has given her some different perspectives: “It provided valuable insights into companies’ strategic and operational positioning, probability of success on new initiatives, and the importance of leadership and management team quality. This was a real grounding in the realities of execution challenges in dynamic industries, which matters because we are not just investing in numbers on a chart”. During this time, she had also been reading The Wall Street Journal, classic investing books, and personally investing in thematic and geographic areas that were undervalued globally, before applying to Wharton.

Markets can stay irrational for longer than an investor can stay solvent, so we try to use our trader savvy to be tactical on the short side.

Upon graduating from Wharton, her first finance role in 2007 was in sell side equity research. “Sanford Bernstein appealed partly because I was wary of joining a bank with leveraged exposure to the housing bubble, but also because I believed their strong fundamental-based process would lay the foundation for portfolio management,” says Sheffield. Her first step into professional investment management was as part of the US large cap value team at Brandywine: “This gave me the chance to apply analysis to a wider range of sectors, including consumer, health, and technology, and pitch under-appreciated ideas for an $8 billion fund”. Sheffield also got her first taste of short selling at Brandywine, when she was tapped to run an internal hedge fund set up in 2015. Then, after a brief spell running the VantageWay long/short strategy at MSD Capital, Michael Dell’s family office, she moved over to Rockefeller Asset Management, which expedited the re-launch of the strategy with seed capital from her and her co-founder, and of course operational infrastructure. “We are excited to have another female led strategy at Rockefeller Asset Management and to bring our clients a differentiated approach to navigating volatile markets,” says Laura Esposito, Managing Director and Head of Institutional & Intermediary Distribution at Rockefeller Asset Management. “Over the years, my investment style has remained consistent, though I have become more confident in trusting my analysis and instincts and sizing positions larger – perhaps up to 6-7% from 2-3% before,” says Sheffield.

The strategy has had a strong start thanks mainly to alpha, though limited directionality has also added some value. “Net equity exposure is low in an effort to reduce volatility and correlation,” says Sheffield. The net typically fluctuates in a range between -20% and +40%, mainly because of bottom-up stock picks but also market moves. In 2020, the strategy was net short and net long at different times: “In early 2020 we were net short, as we were finding it hard to identify longs with compelling asymmetric risk/reward, many companies seemed overvalued, and risks in China were potentially under-appreciated. We were fortunate to cover multiple shorts at the market trough in March 2020. A moderate net long stance was maintained until autumn 2020 when we could see compelling near-term upside on longs with a margin of safety. We saw strong upside in consumer discretionary where our estimates were above consensus, regardless of the vaccine. But we peaked at approximately 40% net long”.

Since mid-December 2020, the portfolio has become less directional: “It has ranged from neutral to slightly net short as we found fewer compelling long opportunities – and identified more compelling short candidates that we believe are greatly overvalued. Growth and momentum have reached extremes and those styles are seen in many shorts”. Growthy one-off Covid winners are a particularly strong theme: “Many companies that were significant beneficiaries last year are unlikely to be as successful this year – and some may even contract and see negative free cash flows”.

Though there are themes in the short book, it is comprised of single companies rather than baskets, sectors or indices: “We only short single names because we want to focus on the idiosyncratic risk of individual companies, rather than shorting an index that might include companies we believe are under-valued. When our catalysts play out, individual stocks can move against the general direction of the indices, providing opportunity for successful shorting even in an up-market”.

Shorts are in stocks inflated by optimism, but Sheffield is also pragmatic and tactical in trading around sentiment: “Markets can stay irrational for longer than an investor can stay solvent, so we try to use our trader savvy to be tactical on the short side. We monitor our holdings’ macro conditions and their competition, which might lead us to downsize the position in an effort to minimise near term risks so we can be more offensive later. I have also become more confident at identifying when shorts could fit the market view”. Extremes of either positive or negative sentiment and positioning can pose challenges for short sellers, as seen in short squeezes in January 2021. Sheffield typically avoids overcrowded shorts and is highly mindful of stocks with high short interest.

In terms of factor exposures, “I am more inclined to short growth and momentum but seek to identify near term catalysts for disappointment and company-specific reasons,” says Sheffield. The strategy’s long book has different factor and style exposures: “I have always been a tried-and-true value investor, seeking asymmetric risk reward,” says Sheffield. The rotation from growth and momentum to value since November 2020 has therefore been a tailwind for the strategy but is not a precondition for producing strong absolute returns: “I have also successfully navigated different types of market regimes. Value has been underperforming for years. If the market is being purely driven by growth and momentum, I may underperform but I am not interested in chasing returns that are not grounded in fundamentals”.

Sheffield and team follow a few hundred stocks, across sectors, but with a focus in consumer and TMT. The long book will typically contain 20-40 names, though monitoring the news-flow across the whole universe generates ideas for new long and short positions and provides read-throughs for competitive dynamics. These mid to large cap names with market caps of at least $1 billion will tend to have some sell side coverage and Sheffield finds that, “sell side research is useful, especially for company history, sentiment and trading dynamics – even if I may not always agree with its conclusions. Longs should be undervalued, and misunderstood due to company-specific cyclical or secular factors. Some positions that already have positive sentiment may be sized smaller”.

The strategy has little overlap with many hedge funds. One analysis showed no similar long exposure, but rather a few short positions, in a list of the 100 most popular (long) hedge fund stocks. Sheffield also argues that the low valuation of her long book shows how out of favor it is. The definition of low valuation is somewhat nuanced. “The stocks appear to be lower valued compared to sector peers or the market, but not necessarily cheap against their own history if fundamentals are challenged. In the managed care space, for example, people feared that Obamacare would be negative, but the entire sector re-rated on better fundamentals.”

Popular megatrends can throw up contrarian opportunities. For instance, the big picture bifurcation between growing e-commerce and declining brick and mortar retail has reached levels that can obscure positive change at individual companies: “One theme in the portfolio is how consumer retail companies are not only reinventing themselves through e-commerce channels but are also becoming more adept at managing inventory and optimizing sales promotions. These firms appear to be undervalued versus the market and could be on the cusp of re-rating,” says Sheffield.

Rockefeller Asset Management has a 30-year history of ESG integration, including a dedicated ESG engagement team, and has also developed some thematic strategies that are labelled as ESG. The VantageRock strategy leverages this deep ESG expertise as a way to potentially generate alpha on both the long and short sides.

“Some longs may be ESG improvers where ESG is material to the investment thesis – while some shorts have under-appreciated risks including ESG considerations, and may be classified as ESG decliners,” says Sheffield. Research, generated by Rockefeller Asset Management’s ESG team, has shown that ESG improvers have generated positive alpha while ESG decliners have produced negative alpha, over time. Some ESG improvers have seen considerable valuation expansion in 2020, and one portfolio company re-rated to the point where it reached our estimate of fair value. The VantageRock strategy will not own every ESG improver: “In some cases, we are patiently waiting for them to get cheaper”. With many companies making a big effort to burnish their ESG credentials, it might seem superficially harder to identify ESG decliners. “There are plenty of corrupt companies out there. One short theme is healthcare companies that have been exploiting government or insurance company reimbursement loopholes. Legislation now creates a clear catalyst,” says Sheffield.

One member of Rockefeller’s ten strong Global (ESG Integrated) Research team has joined the VantageRock team. The team also collaborates with the wider Rockefeller team in other dialogues with companies for perspective and insight on controversial issues. “Rockefeller’s ESG engagement team speaks with many companies each year, and their findings can inform our views. The team’s work is more focused on companies that the firm owns or looks to own, but the team’s work also can reveal companies that do not respond to ESG engagement. Rockefeller’s own ESG research is often timelier than the data underlying ESG ratings, and it can uncover ESG issues that could be overlooked by more formal ESG metrics. Sheffield finds that, “Rockefeller can have an edge where its ESG analysis is updated more frequently and proactively than those from some ESG ratings agencies”.

Rockefeller also devotes equal attention to the E, S and G because their relative importance varies between companies and sectors – materiality matters. Sheffield finds that, “the emphasis on environmental can leave the G and S under-appreciated. In terms of governance, changes in management and board can be very important. Social factors can be quite relevant for consumer companies, for example”.

Proprietary ESG analysis is one example of non-traditional alpha and other sources of alpha include alternative data and behavioral biases. “We use alternative data, but it can be over-relied on. People can pay too much attention to credit card data and not enough on what is happening to a business,” says Sheffield. Having worked in and around the Silicon Valley venture capital space, Sheffield keeps abreast of disruptive trends and new business models in private companies – and sees two-way traffic with public companies: “Managers will often leave public companies to go to private companies and create disruption, which then spurs innovation or acquisitions at their former company, and investors often underappreciate the ability of the former company to turn around”.

Her study of neuroscience has not led to direct investments in neuroscience biotech stocks yet, at least, but it does more broadly help to inform an awareness of behavioral finance and human psychology biases: “Anchoring and herding are the two biggest biases we see now. If one company does very well, everyone anchors to its valuation, which makes the anchor stronger and stronger, until negative catalysts come along. If you can disprove the validity of the anchor, there can be a short case among many companies anchored to its valuation. We often have a counter-consensus view”.