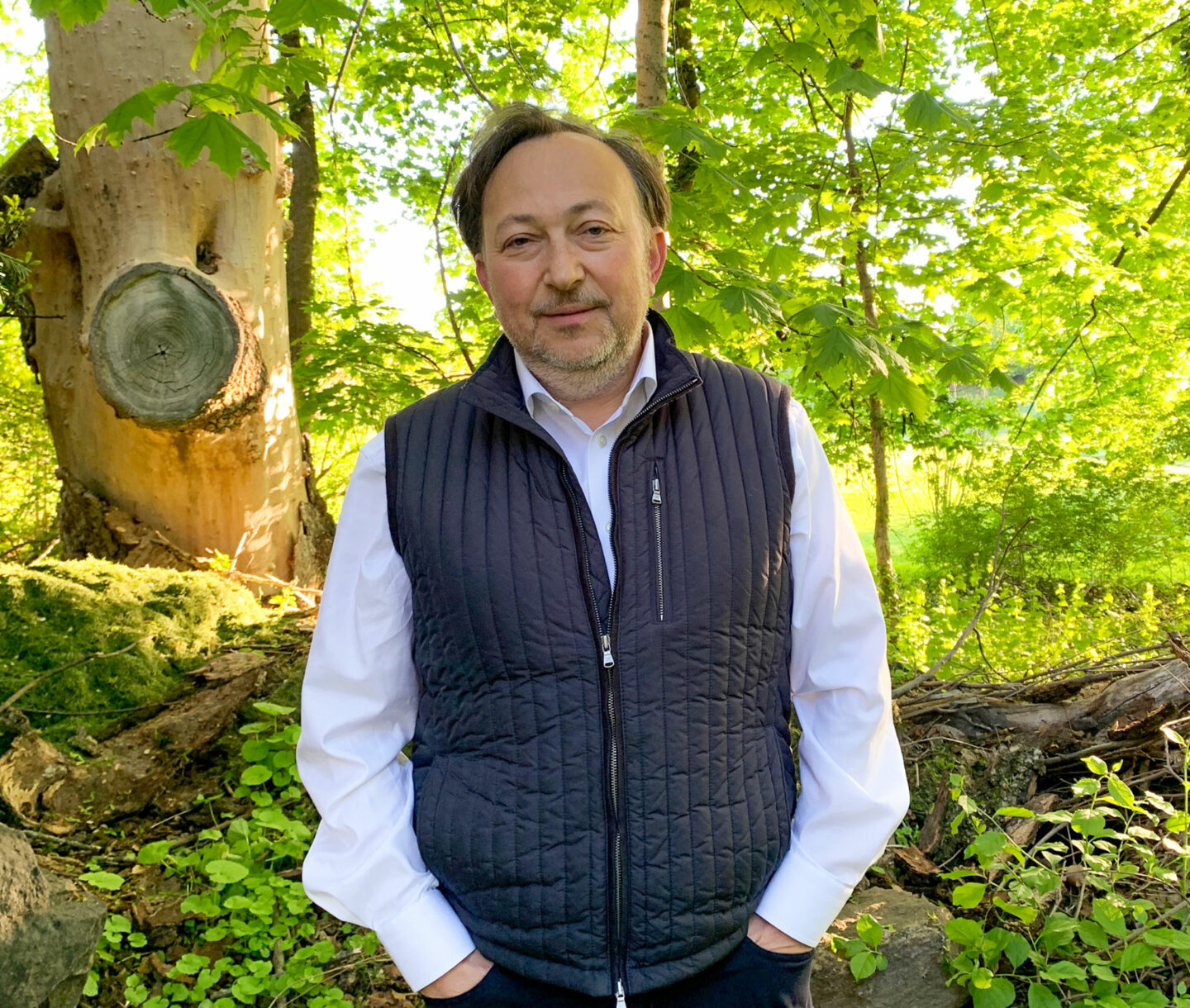 Nick Vasserman founded IPI in 2019 to pursue a distinctive strategy that codifies a discretionary fundamental macro philosophy and uses advanced quantitative techniques and processes. In common with some other systematic and quantitative macro managers, IPI is not a trend follower, uses mainly non-price data and trades liquid, exchange-traded markets in major asset classes. In contrast to peers, IPI is trading relative value within asset classes, based on fundamental linkages and relationships that the firm can model; has a significantly higher weighting in commodities, and explicitly avoids exposure to generic style and risk factors such as carry, value, momentum, mean reversion and a whole host of others.

“This is a marathon not a sprint,” says Vasserman, who has developed his approach managing systematic macro strategies since 1996. At J.P. Morgan, between 2009 and 2016, he founded and was head of J.P. Morgan’s Americas cross-asset quantitative strategies business, helping to build out quant offerings, initially in commodities and later across assets. At UBS, between 1996 and 2008 as global head of FICC (fixed-income currencies and commodities) proprietary systematic trading at UBS Investment Bank, he learned and developed a hybrid investment process incorporating fundamental analysis of supply and demand drivers that is integrated with quantitative tools and models. While at UBS, an important early influence on the deep fundamental investment process was a number of commodity traders he met, who were adept at reading fundamental drivers of supply and demand that are unique to commodity and energy markets.

Our supply and demand balance sheet analysis and relationships do not cease to dominate price action, they are driven by production, inventories, imports and exports dynamics.

Vasserman’s style of trading has systematized and integrated fundamental data analysis into five families of models (low frequency structural; higher frequency macro; fundamental models; flows and liquidity models; quantitative and sentiment models) which have proved resilient through regime changes. If central bank policies challenge some quant macro approaches, as they did in 2020 and early 2021, Vasserman does not find they upset the tried and tested fundamental relationships that IPI trades on a relative value basis: “Our supply and demand balance sheet analysis and relationships do not cease to dominate price action, they are driven by production, inventories, imports and exports dynamics. We do not have to continuously search for brand new and untested models because the existing ones lose their validity. Our R&D pipeline is focused on ensuring models do not develop any new blind spots and this is typically accomplished by continuously evaluating new raw data sources to ensure our intelligence gathering process is very comprehensive and current”. A fundamental approach to risk management recognizes when to have conviction and when to stay out of the market, and IPI is opportunistic in rebalancing model and market allocations according to risk and the conviction of individual models. The models themselves are enduring: “Model turnover is low, partly because the models have sound fundamental logic and are constructed with few to no parameters to ensure robustness over different market regimes.”

“What changed is automating and systematizing the data collection and scrubbing, to collect higher quality datasets and clean them to become consistent, sensible and timely. Intelligence that was once collected manually from literally having boots on the ground around the globe, is now gathered automatically. Emerging market economic, currency and industry data can be very important: Brazil is a key producer of agricultural commodities, coffee, soybeans and grains, and China can be very important for base metals as a consumer and producer. Automation enables aggregation of key data simultaneously in multiple geographies,” says Vasserman.

Automation also facilitates more timely data, approaching “nowcasting” in some areas though Vasserman does not use the term: “Timely and consistent data inputs are central to the process. Historically, traditional economic data had a one-or two-month time lag, whereas now we aim for weekly, daily or even intraday data with little or no time lags. We believe that near real time intelligence is more relevant for commodities than traditional macro or financial assets, and we gather it through API feeds”.

“A significant part of the investment universe is in commodities, where deep value analysis including very granular modelling is done, such as physical intelligence counting barrels, bushels and tonnes, gauging commodities in transit, in different locations based on a range of variables such as weather and others,” says Vasserman. IPI has relationships with the J.P. Morgan Centre for Commodities at the University of Colorado in Denver, and multiple data vendors.

IPI uses thousands of time series from hundreds of original sources including governments, central banks, private firms and non-profit agencies and many more, with both external and internal data scouting, sourcing and aggregation. “We have an open dialogue with dozens of data vendors and provide them legitimate feedback on how they might improve datasets, quality, frequencies and states. The dialogues are at different stages, and few of them tend to make it into production. We have numerous relationships with data providers but aim to process as much of the raw data as possible in-house, to gain an operational edge because data can be stale, incomplete or incorrect. It needs to be understood, normalized and standardized across sources,” says Vasserman.

Alternative data is part of the story, though for all data manipulation is key: “Non-traditional data makes up a growing share of inputs, but exclusive, rare or alternative data alone does not provide a sustainable edge for any period. The edge is in how it is selected, benchmarked, cleaned, and integrated to ensure it tells you what it is supposed to – and then aggregated and integrated into a timely view of market dynamics and value. When using fundamental data, powerful computers are needed to analyse very granular datasets that need to be processed in a timely and operationally robust way. Operational risk is critical to our alpha edge,” says Vasserman.

IPI’s investment universe includes dozens of futures and options markets in commodities, currencies, equity indices, rates, and volatility for some asset classes, which are typically traded over multi-week timeframes. Slippage is closely monitored by Head of Execution, Chris Andrews, who worked with Vasserman at J.P. Morgan. The choice of markets is a function of liquidity, depth and breadth of markets, ruling out orange juice and lumber for insufficient liquidity. IPI does not trade more exotic or esoteric markets but is rather distinguished by how it identifies and trades relationships between markets: “There are many unique relationships, pairs, ideas and themes to trade, such as commodity time spreads where there is a single curve but two very different markets, with different fundamentals in the form of buyers and sellers for this year and next year. For some commodities, the seasonal contracts are also chemically different and not necessarily substitutes – for instance, winter blend gasoline is different from summer blend,” says Vasserman. Regardless of liquidity, not every commodity fits into this framework. Natural gas is monitored, but not traded because it does not currently show enough linkages to other energy markets for IPI’s fundamental relative value approach to have an edge. Vasserman is monitoring Chinese commodities but judges them to be currently more suited to exotic trend followers than to his approach.

IPI’s highly idiosyncratic trades have a natural tendency to generate return streams independent of more generic and potentially crowded approaches. IPI also explicitly avoids alternative risk premia (ARP) risk factors including equity momentum, FX value, commodity carry, as part of risk management which actively measures and controls exposure and concentration to sectors, themes, and factors. “Often ARP can get very congested, and we have low or no correlation to it. This also implies very low correlation to trend following CTAs, and to mean reversion. Some quant macro approaches with strong mean reversion components have struggled in 2021 as fundamental forces have accelerated,” says Vasserman. Though IPI may have some residual directional risk, this is not driven by technical price signals, and should show very low correlation to indices.

Yet one possible factor bias is being somewhat long of volatility and long gamma (though IPI is not explicitly long of volatility through its volatility strategies, which are relative value approaches). “Volatility is generally a good thing, and we often profit early on during an exogenous shock that might upset some directional fundamental strategies. As relative value traders we are not concerned if an entire sector sells off or rallies, as we would expect higher quality assets to outperform lower quality ones,” explains Vasserman.

Since going live, March 2020 was IPI’s strongest month, thanks to a mosaic of signals. “The early recovery phase from the pandemic generated plenty of volatility in incoming fundamental data that needed to be filtered out,” points out Vasserman. The market climate in 2021 remains opportune: “As we move into later recovery phases, fundamental linkages should become substantially more dominant versus sentiment and exogenous drivers and this constitutes a very favorable environment for IPI”.

The IPI investment process also requires its own sophisticated risk management. “We use very granular risk models, which measure concentration and statistical risk, as well as stress testing dating back even to pre-Covid health driven risk events monitoring such as African swine flu,” says Vasserman. This is partly informed by a mentor dating back to Vasserman’s days studying at the University of Toronto: “Derivative science and interest rate derivatives modelling guru, Professor John Hull, influenced my approach to risk management, by teaching me about the evaluation and risk management of exotic structures and directly addressing markets jumps, spikes and regime changes. This clearly differs from the normal continuous markets assumed by classical models”.

IPI’s underlying infrastructure deployment is a case study on the website of Beacon, which was started by some of Vasserman’s former colleagues at J.P. Morgan. “It has been battle-tested at J.P. Morgan and other banks such as Goldman Sachs and Bank of America,” says Vasserman.

IPI’s proprietary alpha and risk models are run on Beacon infrastructure in the cloud: “Continuity and familiarity with Beacon architecture enables IPI to efficiently process and analyze thousands of datasets and manage hundreds of models very robustly, without a large number of in-house technology staff”. IPI’s head of quantitative analytics and technology, Ben Zhu, was also head quant at Beacon and worked closely with Vasserman for several years.

Vasserman spent a few years fine-tuning the strategy and building the necessary infrastructure, such as data feeds and models, running his own family office, Momenta Capital, which became IPI. He found a good fit in securing seed capital from Inception Point, which was started by former Soros macro manager, Keith Anderson (who has featured in an earlier edition of the Tomorrow’s Titans report). Firm assets are over $125 million as of March 2021 and the next milestone is $250 million. “We wanted to get the economics right and have also managed to establish a very good relationship. The Inception Point team act as consultants, sharing a lot of complementary expertise in areas such as marketing, risk management and their network. This will become increasingly more valuable as we grow,” says Vasserman.

The focus now is building a longer multi-year track record for the flagship strategy, which is run pari passu in managed accounts and funds. There have also been enquiries about customization including different amounts of leverage, different subsets of models and even an ESG version of the strategy. Vasserman is having dialogues with sophisticated institutional investors including large asset managers and pension funds, globally.