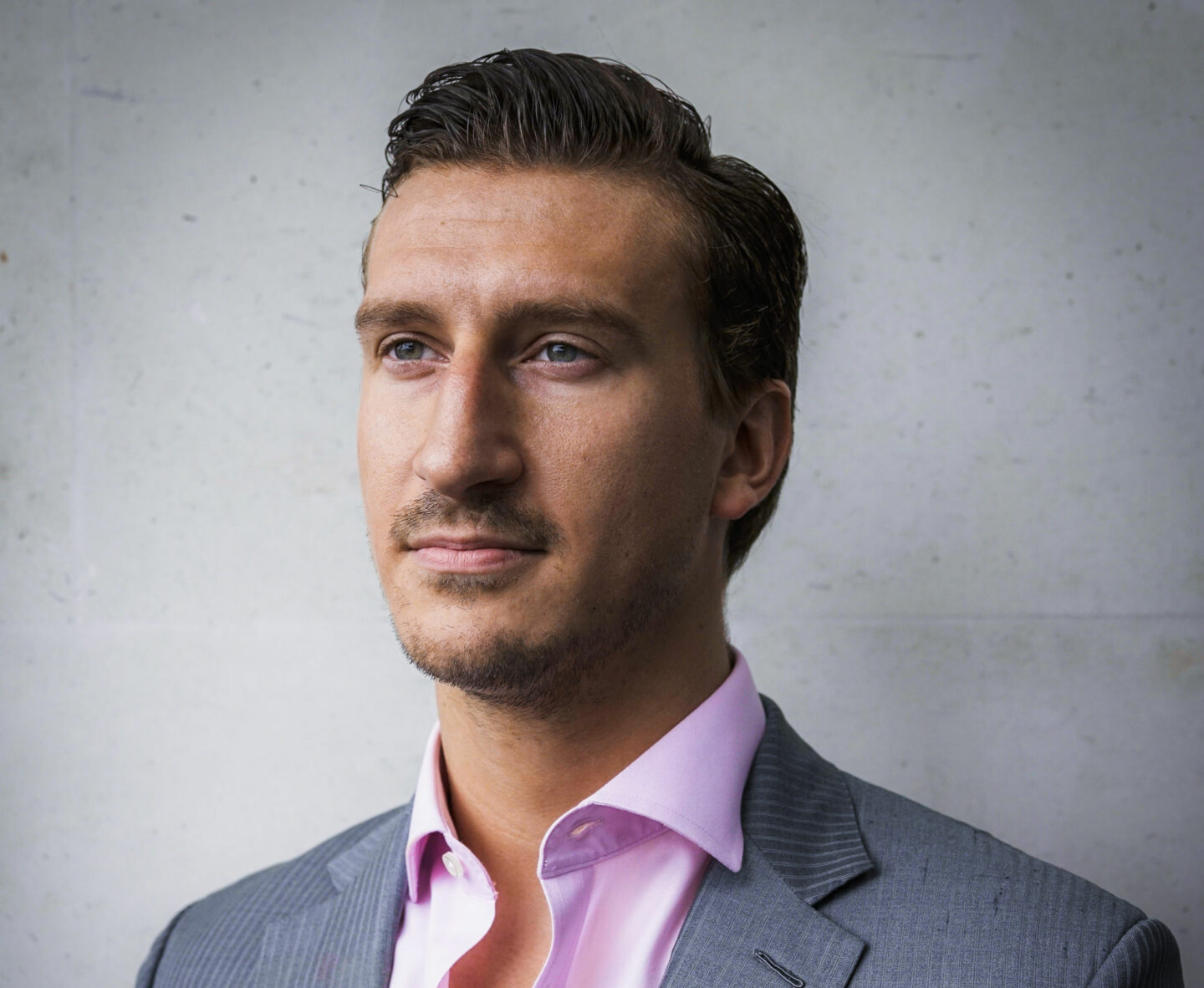 CEO Pierre Vannineuse co-founded Alpha Blue Ocean (ABO) in 2017 with COO Hugo Pingray and CFO Amaury Mamou-Mani. The trio have known each other since business school and run ABO as a triple family office. ABO continues the strategy that was pursued by another family office Vannineuse ran, Dubai-based Bracknor Investment Group, between 2015 and 2017.

ABO provides innovative financing solutions for frequently innovative smaller public companies listed on over 30 exchanges globally. The structures can be debt, equity, or hybrids such as convertibles, generally structured as PIPEs. ABO closes an average of 20 deals per year, with an average size of $20 million, but might set a record of 50 in 2021 amid buoyant equity markets and abundant liquidity. “We want to be part of the party right now, and we might even accept smaller returns than normal,” says Vannineuse. “Many banks will not lend to these companies, and some of them are too young to do placements. We provide a bridge towards maturity and taking advantage of capital markets.” ABO is versatile: it provides working capital; refinances debt; offers shorter term bridge finance and longer-term growth finance, as well as recapitalizing companies on the verge of bankruptcy. It also finances very specific projects, particularly clinical trials for drugs.

We provide a bridge towards maturity and taking advantage of capital markets.

Deal-flow can come from equity advisors, corporate brokers, and both boutique and bulge bracket investment banks, and from its own network including relationship-based repeat business: “We are the largest dealmaker in France, which is very much a trust and relationship-based market,” says Vannineuse. ABO’s executive team includes venture partner Frederic Sutterlin, who was hired from Societe Generale’s capital markets division. The Pherecydes Pharma flotation in February 2021 was the first IPO on the Paris stock exchange that was entirely subscribed by ABO for the institutional side. Canada is another core market. Emerging markets have included Columbia and Mexico.

ABO is a buy side firm, but it also carries out a range of functions that sound more like sell side activities: transaction advisory, market making, and intra-group prime services. This is all part of a package designed to provide more cost-effective financing solutions.

In more competitive markets such as the UK, ABO could compete in a beauty parade of multiple providers of both alternative and traditional financing solutions. A deal with ABO could be competitively priced compared with secondary issuance underwritten by a broker, in terms of the direct cost of capital raised: “Some brokers have high fixed costs, which can work out expensive for smaller deals. ABO’s pricing is broadly based on credit risk for convertibles and counterparty risk for equity,” explains Vannineuse.

ABO structures might also be attractive in reducing dilution, particularly for companies with an optimistic view of their prospects over several years: “We find that taking warrants aligns our interests with the companies’. The issuance can be delayed or staggered over an agreed timeframe to control the dilution,” says Vannineuse.

Certainty over capital raising and dilution can be traded off according to company priorities. A convertible bond facility can fix the amount of capital raised but be subject to variable dilution whereas an equity capital access program can fix dilution while raising a variable amount of capital. In between these extremes, flexible ranges could be defined for dilution or capital raising or both. Some companies may even negotiate a facility as a backstop but wait some time before availing of it – or possibly never use it.

ABO can move fast, tying up deals such as providing convertible debentures to Wayland Group Corp. in less than a week, thanks to help from external lawyers Norton Rose Fulbright. But ABO can also be committed to financing for multi-year periods and might sometimes be locked up, as it will be for a medical cannabis float in France, where it has a constructive outlook. Equally, pure financing deals can be turned over more swiftly.

Most deals have been exited by steadily selling shares into the public markets, rather than by selling block stakes, selling shares back to the companies, or corporate events such as takeovers. ABO has sold just under €1 billion of shares to exit deals, since inception. To facilitate fine tuning of its share sales, ABO has developed a proprietary artificial neural network, with deep learning and data mining, and proprietary VWAP (volume weighted average price) to measure liquidity and market impact. “We take over 1,000 trading days to provide a cycle of learning for back-testing. This is adapted and tailored to each company to determine how much, if anything, to convert at each time. If we believe the share price is going up, we may delay conversion. We want to take the emotion out of the process,” says Vannineuse.

Short selling for hedging purposes can sometimes be part of the structure: “Larger companies may permit some degree of shorting against conversions to lock in returns. But most deals are done with smaller companies, with below $150 million market capitalization, which generally do not have any borrow available. It depends on countries, segments, volumes and we need legal opinions,” says Vannineuse.

ABO could typically target a return of 10% on capital employed based on converting shares at a discount of 10%, though this will vary. Bigger companies might expect a discount closer to 5%, while some deals have been done nearer to 15%. ABO views its return target in terms of cash-on-cash realisations and avoids the complicated and subjective process of valuing warrants attached to some deals.

ABO sometimes becomes the largest shareholder and has some credit risk: “We have had two bankruptcies where we lost everything. We are generally the least senior creditor, and do not have recourse to other assets of companies,” says Vannineuse. Another deal that did not involve a bankruptcy has also been a disappointment. ABO sought to provide private financing for Anglo Tunisian to carry out a takeover, but this did not come to fruition. “We have spent a lot of time and money on litigation.”

ABO structures deals that aim to align interests, and rarely gets involved in corporate governance. “We do not like to be invasive,” says Vannineuse. It has however occasionally needed to turn activist, nominating its own candidates onto boards. “In one case, with Safe Orthopedics, we were a friendly activist. We helped them to remove the original venture capitalist on the board, who was seeking a fast exit, which helped the business to move forward,” says Vannineuse.

ABO takes pride in committing to financing in some extraordinary situations where other providers might be reluctant or might even seek to renege on an agreement. ABO has enabled some bold turnarounds, helping companies to emerge from bankruptcy and rejuvenating them. “The first deal we did, French gold miner, Auplata SA, was a big turnaround situation that took much longer than expected. Now we have warrants but have not exercised them because the valuation is so low,” says Vannineuse.

French auto parts maker microcap, Groupe DBT, was a spectacular recovery story. The firm was rescued from bankruptcy after Nissan cancelled a contract, and while the stock was suspended. A €10.25 million recapitalisation deal from ABO in February 2020 allowed DBT to restart production and relist, and the market capitalisation more than quadrupled to as high as €60 million at one point. ABO opportunistically carried out more conversions at higher share prices, reducing dilution for the company. Liquidity and free float in the company’s shares has also multiplied thanks to ABO conversions indirectly making markets in the stock. DBT was also aided by a new contract win and French government electric vehicle subsidies.

French emissions control solutions group, Europlasma, was another impressive recovery: “It was already bankrupt, we provided debt for its operating partner, and injected three times its market capitalization over two years. Now it is worth more than four times as much as when we started,” says Vannineuse. In June 2019, ABO committed up to €30 million of financing as part of a judicial plan for the firm to exit a French bankruptcy process, and the relationship has grown over time. In April 2021, ABO announced a seven-year deal committing up to €100 million. Spine fracture implants leader, Safe Orthopedics, was another turnaround. “It was lowly valued and is still cheap relative to other medtech companies with higher valuations,” explains Vannineuse. ABO provided €12.45 million in June 2019 and an accelerated drawdown of convertible bond tranches financed the firm’s acquisition of LCI Medical.

Recently as much as 80% of deals have been done in the biotech and healthcare sector. Deal flow can come from events such as biotech conferences and is also generated by venture partner, Dr Hervé Kergrohen, who has 25 years of experience in life sciences, including multiple executive and board positions in biotech and medtech companies in areas such as vaccines, neuroscience, medical imaging, robotic and minimally invasive surgery.

Recent deals included two other French-listed firms in addition to Safe Orthopedics: AB Science and Eyrtech Pharma. AB Science specializes in protein kinase inhibitors and has developed a new orally administered compound, with multiple applications across oncology, inflammatory diseases and central nervous system conditions. The firm opted for fixed dilution financing based on the number of shares, with the amount raised determined by the share price. ABO gets 5% of share sales plus a structuring fee.

There have also been investments in quantum computing technology algorithms and blockchains. In March 2021, ABO invested €1 million with Quantonation, which has 12 quantum technology companies in its portfolio. WISeKey International Holding SA, which is listed on the Swiss exchange and on Nasdaq, received $15.5 million in convertible notes from ABO to help to acquire Arago and integrate AI into its cybersecurity platform. “This was one of the first companies to work on NFTs. It has proved to be a ten-bagger, rising in value from 30 to 300 million. We own 7% and have been selling very slowly because it is performing very well,” says Vannineuse. “We are always looking for new and disruptive industries.”

ABO has gross assets of around $300 million, including credit lines from private equity firms. ABO is a Cayman domiciled exempt company and has operating companies in the Bahamas and Dubai (having closed its London office in early 2020). “The Bahamas is partly geared towards North American time zones, which are providing a lot of deal flow,” says Vannineuse.

As a family office, neither ABO itself nor the operating companies need to be regulated, but the deals they do need to pay careful attention to company and financial markets laws and regulations in over 30 domiciles, and some securitization vehicles are somewhat regulated. One of them, the European High Growth Opportunities Securitization Fund, is a Luxembourg-domiciled umbrella structure with multiple special purpose vehicles. EHGO has a management company attached to it, which is overseen by the Luxembourg CSSF. “The customized structures will depend on multiple parameters, such as legal and tax analysis, feasibility, custodians, exchanges and countries,” says Vannineuse. Legal structuring is led by general counsel, Edward Keller, who was previously a partner at White and Case and Dentons. “Having an in-house counsel lowers bills and he also manages local counsel in over 30 countries, dealing with the nuances of settlement differences in Poland, Norway or Turkey, which differ from Euroclear”.

ABO is scouring the globe to identify the most compelling deals and sees a ‘Blue Ocean’ of alpha opportunities ahead.