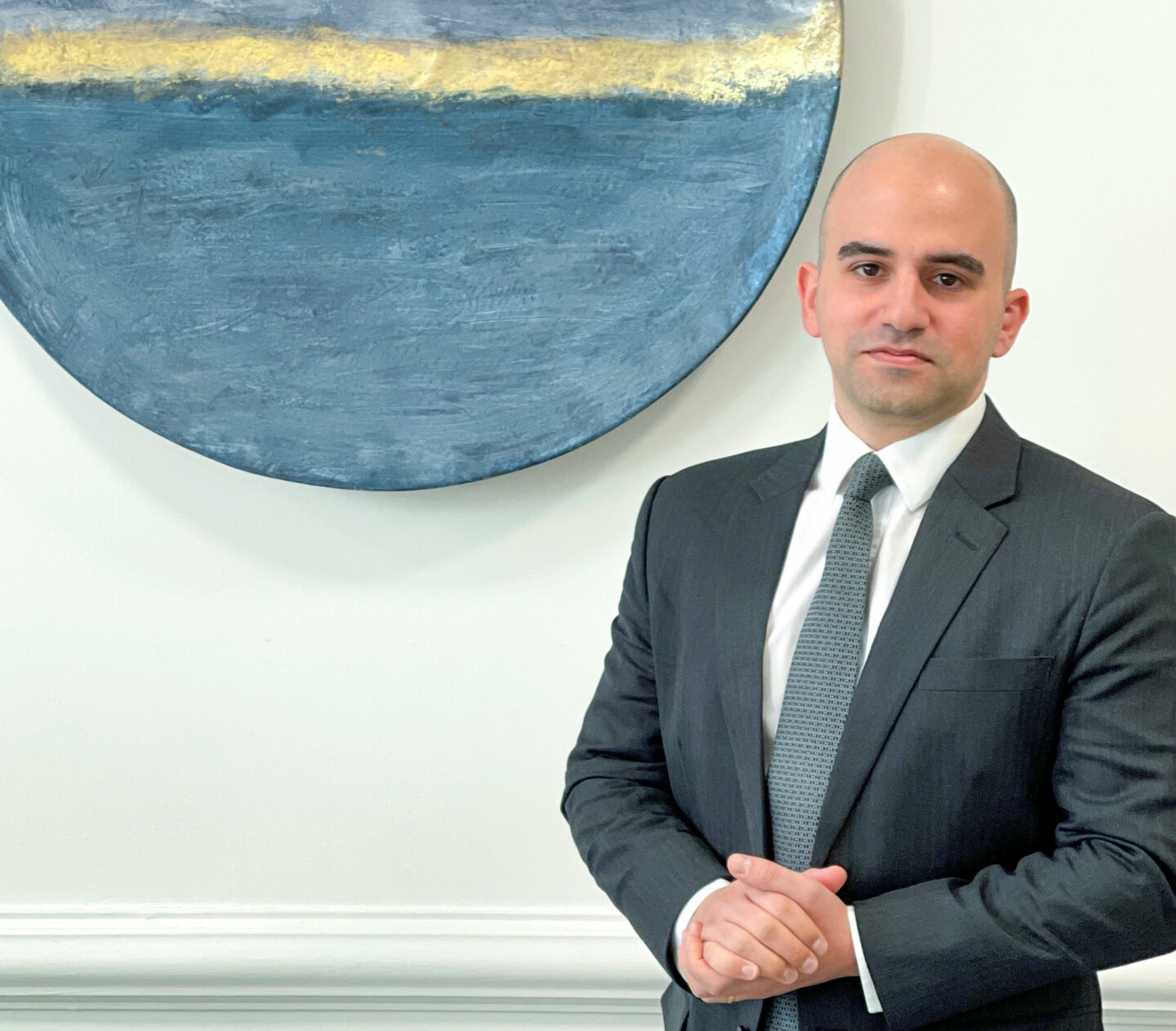 Sof Yiannakas launched EOF Partners’ European equity long/short strategy in March 2020. He has spent most of his career consistently researching the structural competitive landscape for European companies whilst at Soros Fund Management and Davidson Kempner Partners, after a spell in technology, media and telecoms corporate finance at Deutsche Bank. The EOF strategy runs a concentrated, high conviction book owning secular and structural winners on the long side, which is underwritten over five-year rolling time horizons, while fundamentally challenged firms and those with aggressive accounting populate the short book, where catalysts are anticipated within a year or so.

The EOF investment universe is around 1,500 reasonably liquid companies listed in developed Europe, across all cap sizes, though only a few dozen of these will make it into the portfolio. The bottom-up research process includes a detailed assessment of management and culture, analysis of proprietary data, as well as regular channel checks with competitors, suppliers, distributors, and former management. A sceptical and investigative approach is taken to corroborating and triangulating reported financials, both within companies’ own accounts and cross-referencing other firms. The investment process is discretionary and fundamental, but it builds on a strong quantitative foundation of data analysis and programming.

I am keen to motivate and build a safe environment in which our team can be creative while recognizing our shared vulnerability.

Technologically sophisticated analytics employ big data, automation, programmatic corporate governance screens and forensic accounting for both long and short books. The team, including Yiannakas, can code in several languages and in the spirit of collaboration invite LPs to join EOF in periodic programming hackathons, as well as other professional development sessions hosted by EOF. They also use APIs for connecting to data sources, and proprietary bots for web scraping and processing data feeds, enabling the team to cover a lot of ground.

Cognitive diversity in the team is demonstrated by colleagues: a forensic accountant and a mechanical engineer. “This brings deep domain knowledge in manufacturing industrial sectors, as well as a diversity of knowledge and experience. Consequently, EOF is less likely to suffer from perspective blindness,” says Yiannakas. Indeed, quantitative analytics are also employed to heighten awareness of internal biases, in keeping with a “know thyself” philosophy. “Our systems improve decision making by identifying mistakes and opportunities for continuous improvement. We systematically review every aspect of our decision making every six months,” he reveals.

“The key qualities of our corporate culture are being collaborative, intellectually honest and intellectually curious. Job applicants should be able to admit to prior mistakes as well as being open to something they do not know. EOF’s culture has been influenced by The Culture Code by Daniel Coyle which is a must-read for any business owner looking to establish purpose. I am keen to motivate and build a safe environment in which our team can be creative while recognizing our shared vulnerability. Edward De Bono’s Six Thinking Hats reminds us to assess problems from as many perspectives as possible, in a collaborative manner which ultimately leads to better results,” says Yiannakas, who credits Dawn Fitzpatrick of Soros Asset Management (who featured in The Hedge Fund Journal’s 50 Leading Women in Hedge Funds report) as having been an especially inspirational mentor with regard to team building and corporate culture. “Another mentor, and an influence on my initial investment education is former Davidson Kempner portfolio manager Darren Curtis, who empowered me early in my career,” says Yiannakas.

The long book has three sleeves: quality compounders, management driven turnarounds, and valuation driven quality. “Our quality compounders are growing businesses, with high barriers to entry or “moats”, which enjoy high sustainable returns on capital, are managed by outstanding management teams, have clean earnings, and sensible valuations. Turnarounds in the portfolio are businesses on a good to great journey, often with new management. Valuation driven quality can include some quality cyclicals and even some deep value names,” explains Yiannakas.

These labels are discrete and distinct, and a summary of why EOF has invested in a given business. “Migration between categories is a sign of ‘thesis creep’, an indicator that we need to reconsider, and likely exit, an investment. This is a lesson learnt early in my career, from another Davidson Kempner partner, Michael Herzog, who had the most significant influence on my approach to risk management. He was particularly astute on thesis drift: when facts change, so should the portfolio and our positions,” says Yiannakas.

Views on valuation are nuanced: “Europe is an attractive, under researched market with equities valuations near a 10-year relative low compared to the US market. As bottom-up investors, we are more interested in a company’s valuation compared to its history and what we consider the business could be worth”. Valuation comparisons consider global peers, but Yiannakas cautions that, “adjustments need to be made for the relative maturity and uniqueness of businesses, for example, the outsourced European cell tower industry is nascent compared to that of the US which could justify a premium valuation”. EOF prefers to be conservative on valuation, using multiples consistent with firms’ long-term history while discounted cashflow valuations are used as a sense check.

EOF invests in businesses as a long-term shareholder and aims to capitalize on the myopic behaviour of other investors. “Hyperbolic discounting explains the tendency for a person to choose a smaller, near-term payoff rather than a larger, longer-term payoff, even though their future self would prefer that they made the longer term choice,” says Yiannakas.

Whether higher interest rates and inflation threaten the valuations of some growth companies is open to debate. Yiannakas recognizes that, “some long duration infrastructure assets are particularly sensitive to higher rates. Overall, identifying companies with strong pricing power is the best defence against inflation or rising yields”.

Shorts are intended to be profit centres rather than hedges for longs, and come under three sleeves: forensic accounting, fundamental, and red flag. EOF was short a firm that turned out to be a fraud in 2020. “Though frauds generate headlines, outright frauds in publicly listed equities are extremely rare. Creative or aggressive accounting being used to offset weaknesses in parts of a business is a much more common phenomenon. Motivations for aggressive accounting could include management incentive schemes, ego or simply a misaligned hope that a challenged business will eventually recover,” says Yiannakas. Examples of aggressive accounting are plentiful but include the use of subjective revenue or profit recognition for long term contracts, excessive and growing capitalization of costs; the use of “below the line” adjustments; and inadequate provisioning. EOF has built a proprietary accounting database and systems to flag accounting deterioration for businesses in Europe. EOF’s expertise is well suited in Europe. “Unlike companies in the US which report under US GAAP and publish accounts in a standard form with the SEC, in Europe we encounter local standards in each country as well as inconsistent disclosure between companies and even over time for the same company,” explains Yiannakas.

There are no quotas for any of the long or short sleeves, so some of them might be empty if candidates cannot be found. The strategy is focused on single name alpha, which it has delivered: making 15.2% between March and December 2020, it has outperformed European equities with moderate net exposure in its first ten months. EOF is not sector, factor nor style neutral but is cognizant of these sensitivities. “We are aware of our factor exposures but recognize our strategy tends to be exposed to growth, quality and large cap factors,” says Yiannakas. Style tilts can contribute to some volatility, particularly amid the violent factor rotations seen between November 2020 and March 2021.

Factor exposures can vary over time and are considered when sizing positions. “If we can find offsetting exposures on either side of the portfolio that is helpful, but we do not seek to hedge out factor or sector exposures explicitly. We focus on the variables within our control, which are identifying companies that can sustainably grow long term earnings and cashflows,” says Yiannakas. Given the longer-term horizons for long positions, he has often found that “periods of factor rotations, when fundamentals are overlooked, can be an attractive time for long term investors to deploy capital”.

Crowding is also monitored and Yiannakas finds that: “It is a consideration for existing and potential shorts, and a risk that needs to be compensated for. We have avoided crowded names where our conviction did not justify the risk”. EOF is somewhat discreet about shorts. It might have short positions above the 0.5% EU disclosure threshold, but is unlikely to become a short activist, and does not share intelligence with other short sellers.

Though the strategy is market cap agnostic, it tends to have more mid cap exposure on the short book, because of how the firm identifies opportunities. Mid cap shorts and single name shorts distinguish EOF from many managers who tend to have a larger average size on the short book, sometimes partly or wholly due to them using sectors or indices rather than single names on the short side.

ESG starts with good governance as a prerequisite on the long side. EOF favours developed European markets with strong corporate governance and rule of law, amongst other requirements. More broadly, EOF utilizes a proprietary ESG scorecard to assess and validate ESG considerations. Their assessment combines quantitative and qualitative data to verify and judge companies. “We score E, S and G separately and overlay our proprietary research to calculate a holistic score. We also seek to identify, and penalize businesses for prior ESG breaches,” explains Yiannakas. EOF investments score higher on ESG, and their score is improving faster than the average European company.

Yiannakas often finds that a sustainable business model in the economic sense goes hand in hand with sustainability in an ESG sense. “We underwrite fundamentals and the sustainability of a business model. We typically find that businesses run by management teams for the long term are also mindful about being sustainable, be it regarding their supply chain, employment contracts or environmental responsibility. There is a correlation between our view of quality, and how a business ranks on our ESG scorecard.”

Over time, Yiannakas contemplates signing up to the UNPRI and expects to report on the firm’s own carbon exposures: “Having no legacy allows us to be mindful from day one about our own footprint as a firm and the quality of our disclosure,” he says.

EOF is running a responsible investing strategy – and has hosted thought leadership events on impact investing – though Yiannakas does not define the EOF strategy as “impact investing”. The firm however aims to have a positive impact through its philanthropy, in keeping with its name (the Equal Opportunity Fund): “Our greater purpose drives how we behave as a firm. We want to stay humble and grounded while making an impact. It started with my pilot project at Soros offering internships to people from underprivileged backgrounds, which is an initiative we are replicating at EOF”. For now, charities supported include the Social Mobility Foundation and Teach First, while EOF is also a founding participant in the #100blackintern initiative. In keeping with its collaborative culture, EOF invites investors to propose other causes: “Investors are invited to join the EOF Charity Advisory Board to suggest charities to be supported”.

A solid springboard for growth

“The firm has built robust operational infrastructure to position us well for the next decades, led by COO Warran Reed who has 23 years of operational experience, including at Eton Park, Highbridge and Lehman Brothers. His experience, allows me to fully focus my attention on the portfolio and the investment process,” says Yiannakas. The board includes Reed alongside two seasoned independent directors. “Sarah Caygill is a great resource, as an advocate and challenger, and she has helped to steer the business contributing her knowledge as a former portfolio manager. Robert Thomas also brings his knowledge and experience sitting on the board of several multi-billion dollar funds,” explains Yiannakas.