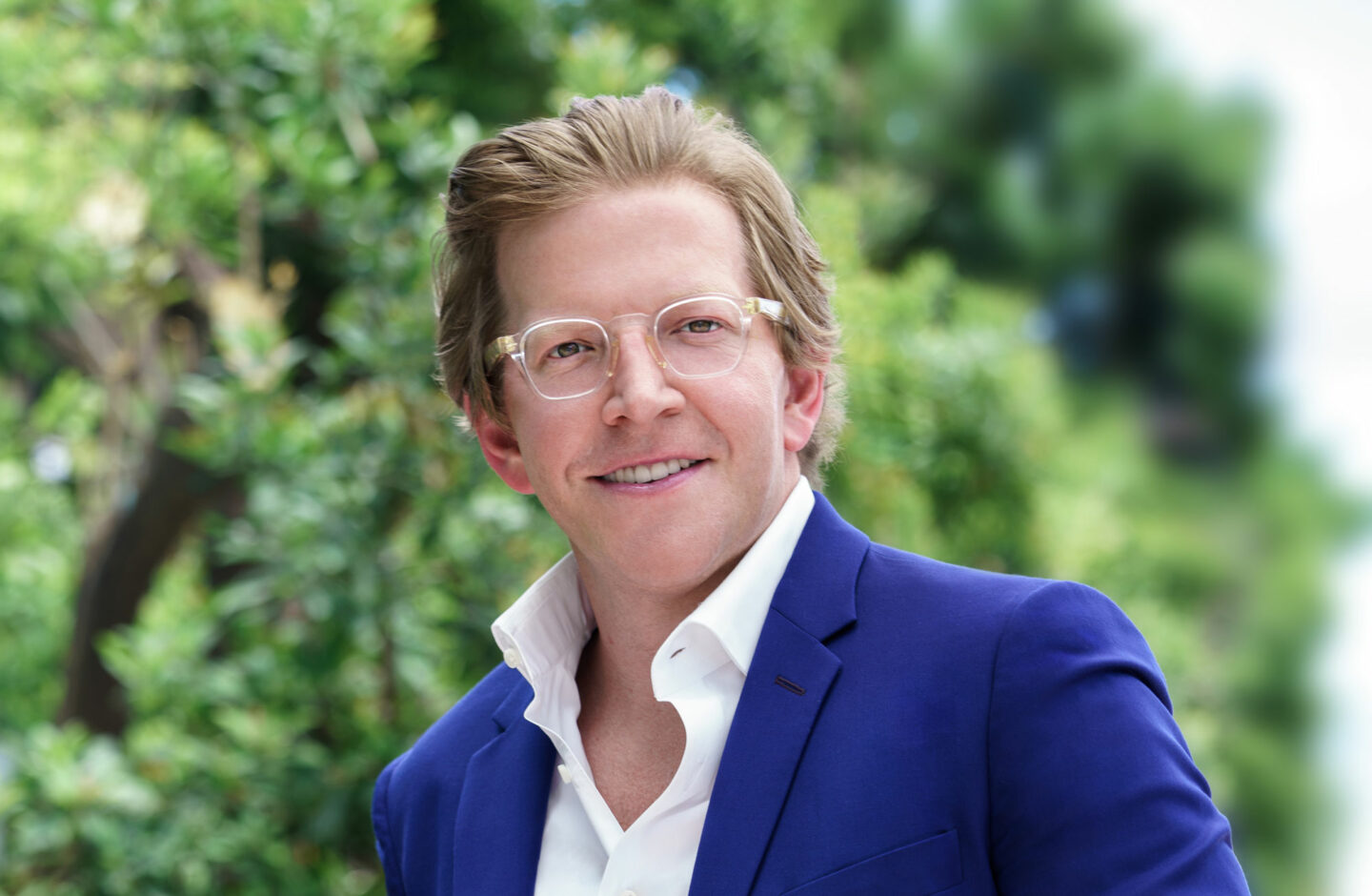 Steven Moyer’s Sentiment Alpha (SA) strategy is the only externally developed strategy to have passed systematic CTA pioneer Eckhardt Trading Company’s “gauntlet” for new strategies, which sets a high bar through a proprietary suite of tests.

The concept is disarmingly simple. Inferring investor sentiment from hard positioning data can often lead to conclusions very different from media narratives, and a strategy that is bold enough to trade against conventional wisdom – which could feel very uncomfortable for a discretionary trader – can be very rewarding. The uncrowded position can be either countertrend or trend following, which can often be contrarian in the early stages of a new trend, when other investors are in denial about moves that may mark a regime shift.

SA is the culmination of Moyer’s investment journey, which started by bravely leaving a brokerage job to pursue discretionary rule-based trading with personal capital. He then steadily transitioned to systematic trading in several firms, where he developed strategies in trend, pattern recognition and mean reversion, before conceiving the distinguished strategy based on futures positioning data that has been run live since 2018, at one other firm before Eckhardt.

Sentiment data is often viewed in the middle of a spectrum between technical and fundamental, but is really a category in its own right.

The SA strategy always trades contrary to its measurement of consensus sentiment, which involves countertrend trades about 60% of the time while the other 40% of trades apply a proprietary “trend anticipatory” signal, which can sometimes correspond to traditional trend following. “In the first five months of 2022 SA has had a higher-than-average overlap with trend followers, but we entered the long energies, long agriculturals and short bonds trade earlier, in Spring 2021, when volatility was low. Several of these offered countertrend setups at very good levels,” says Moyer. SA also started to exit some of these trades in June 2022 as the consensus had caught up with the market moves: Moyer argues that “The long US dollar trade could now be getting extended based on the crowd”.

The strategy could simultaneously hold a mix of trend and countertrend positions in different markets. Countertrend trading can be selectively profitable within a broadly benign trend regime: “In 2022 the strategy has profitably traded some pullbacks in energy, though countertrend setups in equities and metals have proven less successful,” says Moyer. More importantly, countertrend trading can generate profits during some periods that are generally challenging for trend followers. “Trend had a good 2014 but struggled during a low volatility period for the next few years. Between 2016 and 2021 the trend following indices were basically flat, but SA annualized at 13%,” says Moyer.

This period also included the SA strategy’s worst drawdown, of about 18% for a 15% volatility target over 15 months between 2016 and 2017. While SA can perform during some sorts of low volatility market regimes, certain types of rangebound markets can make it difficult to profit from either trend or countertrend strategies, which results in the systems being whipsawed: “In a low volatility, range bound market you do not get such substantial unwinds of very heavy positioning,” explains Moyer.

“In contrast, left tail events of 2002, 2008, 2015, 2020 and 2022 have been the most profitable, because they tend to trigger huge unwinds of crowded positions,” says Moyer. Covid is one example. And perhaps more surprisingly, in late 2021 and early 2022, SA models suggested that consensus positioning remained deflationary, short commodities and long bonds, quite at variance with the media narratives.

SA’s long run average Sharpe over a 22 year backtest and live trading has been above 1, and the worst drawdown was just over one standard deviation – whereas a typical trend follower has seen their deepest drawdown nearer two standard deviations in Moyer’s experience. The opportunity set is cyclical, and the first five months of 2022 has seen SA post gross profits of 52% with a Sharpe ratio of 3, both of which are the highest ever over the proforma and live trading.

The program is hard to rigidly bucket because its correlation profile is dynamic. The correlation with trend followers might average 0.5 but it fluctuates in quite a wide range between 0 and 0.7 according to market regimes. The pattern of correlation has also been very usefully dynamic with respect to equities. The average correlation has been a slightly positive 0.16 but this spiked down to -0.5 during S&P 500 drawdowns.

A good fit with Eckhardt

Moyer had offers from various firms for rolling out the strategy and chose to partner with Eckhardt for several reasons: “I had worked with Eckhardt President and COO, Rob Sorrentino, before. The economics of the deal aligned incentives. The chance to learn from Bill Eckhardt, whose legendary history in Co-Founding the Turtle Traders is something I‘d read about early in my career, was another attraction. The close knit and welcoming Eckhardt team, and their broad expertise, also made the decision easier”.

Eckhardt’s gauntlet includes many proprietary tests, but we can reveal that less than 5% of prototypes pass; the process took some months; it involves measures of risk-adjusted returns, and the SA strategy provides significant diversification versus Eckhardt’s existing family of strategies: correlations range from about +0.3 to -0.3.

SA is differentiated from Eckhardt’s other strategies in several ways. It has an average holding period of 30 days against 8 days for Eckhardt, which is a constituent of the SG Short Term Traders Index. SA applies the same models to all markets whereas Eckhardt has tailored some signals, for instance to commodities. And SA’s trend anticipatory trend indicator is different from Eckhardt’s distinctive volatility trend signal.

The Eckhardt Research Lab has a library of proprietary techniques, including some based on AI, that could be used to hone and refine SA, but thus far no changes have been made. Moyer is busy with trading, investor meetings and participating in research projects including one looking at ETFs, which may spawn another strategy if it surmounts the gauntlet. “We could trade futures-oriented ETFs and other specific ETFs using a new model with non-price sentiment data,” he expects.

The SA strategy run at Eckhardt uses a somewhat wider investment universe than a previous version managed at another CTA, and this additional diversification has improved risk-adjusted returns. At the same time, it trades only a subset of the markets Eckhardt trades firm wide. SA trades 28 of Eckhardt’s 70 markets, and estimates capacity of $3 billion.

Over the years, Eckhardt has adhered to a very defined process in adding systems to the portfolio. “When Eckhardt puts together our blends (in Evolution) we have certain expectations from each system. SA has exceeded that expectation which is a rare occurrence and a testament to what Steven has built,” says Rob Sorrentino.

The journey arriving at sentiment data

Moyer finds that, “Sentiment data is often viewed in the middle of a spectrum between technical and fundamental, but is really a category in its own right, that should be viewed separately from technical or fundamental data”.

SA has been informed by a process that began with discretionary trading using technical analysis in a rule-based system. Moyer found personal trading to be a humbling and character-building experience: “It taught me discipline and great lessons in life. With no salary and paying my own health insurance, I had to give it 100% focus and it was a huge step to get me where I am now, climbing a steep learning curve”.

While marketing a systematic commodity strategy, Four Elements in Singapore, he started researching pattern breakouts and trend. This continued at the proprietary trading firm Gelber Group and then Moyer Capital Management, where pattern recognition, trend following and mean reversion systems were developed, and traded, based on price and/or fundamental data. He also learned to code, in Python, and eventually became a fully systematic trader, partly to resist the temptation of breaking rules: “Once you start breaking rules it can be detrimental though you often learn something new. As a systematic trader, changes need to be statistically proven, which is a process,” he points out. Thinking outside the box and synthesizing this experience led to SA, which is designed to have a unique edge, and low correlations: “I had become intrigued by how to measure the emotions of traders. There are lots of trend followers and pattern breakout strategies but fewer focus on non-price data. A mentor was also influential in moving me onto the sentiment data”.

Statistical testing of the ideas validated Moyer’s convictions: “All markets were profitable over time. They varied and some were only minimally profitable, but the returns were very consistent, which I interpreted as evidence of repeated emotional patterns. The hit rate was a bit lower than on some other systems, but the system was able to stay out of severe drawdowns, with a better equity curve than pure price-based systems, and a low correlation to stocks, bonds and trends. Being on the opposite side of the crowd is very helpful for big moves. The crowd was wrong on Covid,” says Moyer.

Sentiment could be inferred from a wide variety of direct and indirect data sources, including various capital flows, investor and industry surveys, social media, NLP parsing of text, options volatility surface data and many other possibilities, but Moyer prefers positioning in exchange trade futures. “This can reveal insights into a wide variety of market participants, including options traders, dealers, asset managers, commercials, calendar spread traders and speculators, with data stretching back 30 years,” says Moyer. Opaque international exchange disclosures are one constraint on expanding the investment universe; the other is liquidity, which rules out some small commodity markets such as softs and meats.

Across 28 markets there is always some exposure, but at the individual market level, the system can be flat as much as 50% of the time. It is thus quite selective and does not usually cut and reverse between long and short stances immediately. It will more often exit a long or short and pause for breath with a flat position before re-entering in either direction. It might return to the same directional bias after getting stopped out one or more times if the system is still sending the signal. Though SA can sometimes start off with a maximum position size, it is more likely to scale in gradually. “There can be false starts before catching a big move,” says Moyer.

This selective approach also contributes to variable volatility. Though 15% is a rough guide to long run average volatility, the system is opportunistic. Annualised rolling volatility has been as high as 23% in 2022 and fallen as low as 8% at other quieter periods when there was less positioning. “We do not automatically cut a position when volatility increases to stay inside a volatility target. We do not cut it until the system signals an exit,” says Moyer.

Currently the strategy has assets of $45 million, including sub-allocations from both the offshore and UCITS versions of multi-strategy program Eckhardt Evolution. Execution slippage has not been a problem and trade execution can be staggered over an extended period in these very liquid markets. “Our research suggests that it is very scalable and growing assets does not impact risk-adjusted returns or drawdowns. Capacity is estimated at $3 billion,” says Moyer.

After one year live at Eckhardt it is now being offered on a standalone basis, initially through managed accounts. Moyer is seeing most interest in the overall program across four asset classes, but some investors have also requested a pure commodities version.