Way stones were once used to make compass magnets to guide mariners in the 1500s. Today, Waystone helps asset managers to navigate a complex and fluid operational and regulatory environment.

Waystone is a leading global provider of governance, risk, and compliance solutions with a comprehensive and unique service offering that includes: European Management Company (“ManCos”), investment vehicles, Special Purpose Vehicles, associated distribution and various outsourced middle and back-office services, all carried out across multiple jurisdictions. This broad suite of service lines can be customised to cater for institutional client needs. Clients range from start-ups and entrepreneurial boutiques launching their first funds to seasoned firms managing multiple strategies with track records reaching back decades. In total, Waystone supports managers with more than US$1trn of assets, leveraging technological tools and regulatory savvy to keep abreast of best practices, freeing up asset managers’ time to concentrate on alpha generation and asset raising.

Waystone is the result of a three-way merger uniting the DMS Group, MDO and MontLake, firms with a combined total of almost 50 years of global experience. The DMS Group pioneered professional fund governance since its founding in 2000 in the Cayman Islands, mainly servicing alternative funds and managers. DMS boasted the largest capacity in the industry, with a client base comprising 60% of the top investment managers globally. MontLake was founded in 2009 and blazed a trail by launching the MontLake UCITS Platform in 2010, which spawned some of the first alternative UCITS funds. Montlake was chosen by some US hedge fund managers, such as veteran CTA Crabel Asset Management, for their UCITS launches, and has received multiple awards including The Hedge Fund Journal’s award for the Leading Independent UCITS Hedge Fund Platform, while many of its funds have received The Hedge Fund Journal’s annual UCITS Hedge Performance Awards, so too have a number that are hosted by MDO Management company, founded in 2007 in Luxembourg. MDO hosts and services funds and acts as UCITS and AIF management company for a mix of traditional strategies as well as illiquid and alternative credit funds such as infrastructure debt and equity.

With origins that include the Cayman Islands, Luxembourg and Ireland, all three firms had for some years been spreading their wings into each other’s original locations; MontLake setting up a Cayman managed accounts platform, MDO opening an office in Ireland and DMS with an established presence in eight domiciles. The client base is also global with the Cayman Islands renowned as a leading global hub and the highly successful delegation model of European regulated funds allowing for a global roster of asset managers, from the US, Europe and Asia-Pacific. For Waystone, the merger allows for further global growth and an extended reach into new markets and jurisdictions.

In recent months, it is not only performance but also net inflows that have driven hedge fund assets to break new records over $3 trillion and Waystone has been pursuing its own ambitions alongside its clients’ growth. Waystone has continued to grow both organically and by acquisition throughout the pandemic. “Asset raising and onboarding of funds has been very positive, and investors have been allocating despite the challenges of conducting on-site due diligence,” says Cyril Delamare, Chief Growth Officer at Waystone, previously CEO and founder of MontLake. “We have seen growth in all locations”.  Waystone’s bolt-on acquisitions have also continued to broaden its global reach in key markets. In 2019, DMS acquired Host Capital, a UK Authorised Corporate Director (ACD) and last year DMS acquired Swiss representative firm, Oligo Swiss Fund Services, as well as Luxembourg-based independent corporate services provider, Azienda Financial Services, which administers private equity, real estate and structured finance.

The essence of global distribution

Distribution capabilities are a key market differentiator for Waystone. “We structure funds and vehicles and support them with their asset raising plans and strategy. We have a distribution hub, providing market intelligence for managers and supporting them with research and tools for their distribution strategy. Distribution is tailored to client needs because there are different models, each structured in different ways. We help clients to define a distribution strategy, which can actively work with one or more of the internal sales teams, third-party marketers, capital introduction teams, or our own distribution teams. We have raised assets for alternative UCITS, AIFs, private equity, property and some long only. Alternative UCITS has always been in our DNA,” says Delamare. 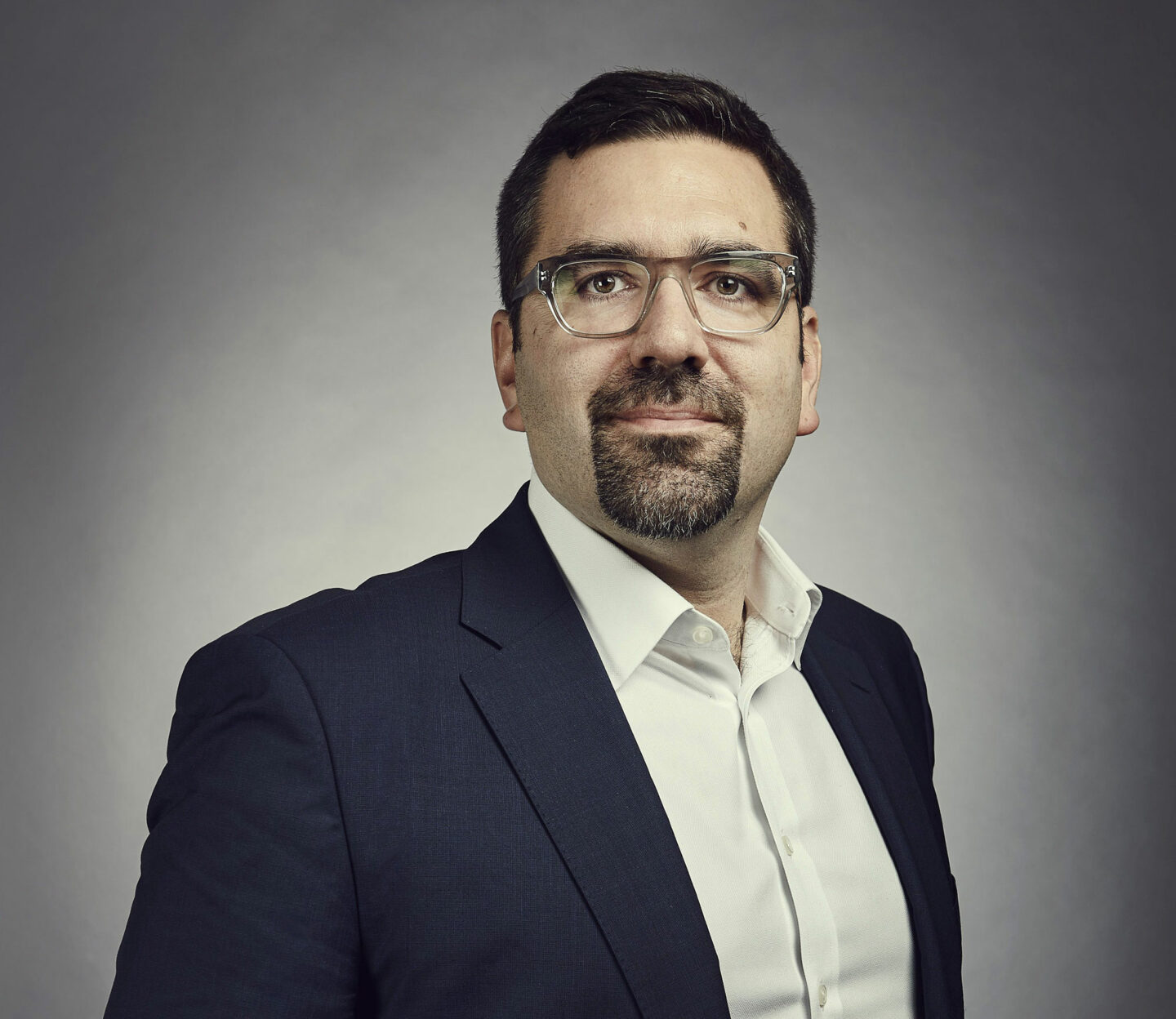 Waystone’s distribution models can include both active distribution, making use of Waystone’s European-based internal sales team, and a more passive model that provides intelligence on flows, people, investor preference and a presence at key events. Waystone also offers assistance with distribution infrastructure options such as regulatory registrations, local tax reporting and contacts with various third-party platforms including wholesale and private banks.

“Build your own investment vehicle”

In an effort to support its fund manager clients, Waystone has launched an online tool on its new website to assist fund managers with building their investment vehicle of choice. They begin by selecting their preferred domicile and as they continue to populate their journey, they are asked to further define their investment vehicle in more detail. Once the user has completed the online journey and has submitted the required details, they are then able to receive their personalised fund structure proposal. 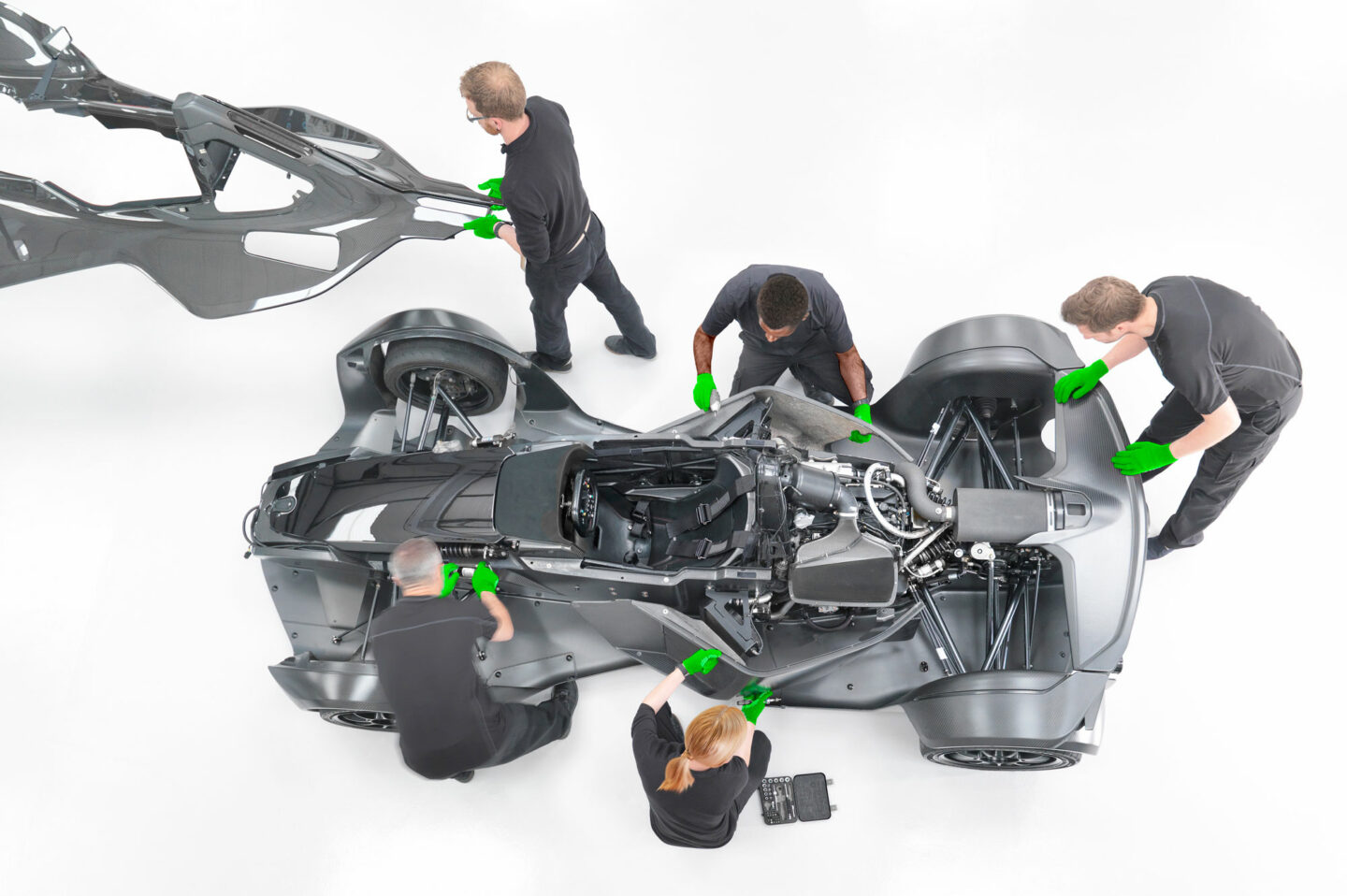 As the Cayman Islands Monetary Authority (CIMA) increases its oversight of funds, Waystone has positioned itself as the leading provider of fund governance in the Cayman Islands with services such as independent directorships, AML offerings, Board Support and Corporate Services.

Additionally, and in direct response to investor demand, Waystone has created a Cayman Fund Platform to allow investors to leverage from top-tier service providers. The Cayman Fund Platform offers investment managers a complete service, providing assistance with the launch of a Cayman fund so fund managers can continue focusing on what they do best – managing portfolios. A stand-out benefit of the platform is its set up time of between two to four weeks. The platform also allows investors to leverage from top tier service providers.

The Cayman Islands’ Economic Substance Act (ESA) is another example of increased regulation and transparency. The International Tax Cooperation (Economic Substance Act) 2018 (the ESA) introduced certain reporting and economic substance requirements for ‘relevant entities’ conducting ‘relevant activities’. Waystone provides clients with a comprehensive range of services that allow relevant entities to conduct one or more relevant activities and remain compliant with the legislation.

Compliance is a bigger task now for almost any kind of Cayman fund structure, since the Private Funds Act 2020 (PF Act) for closed-end funds has required many of them to register with CIMA for the first time. Waystone assists firms with these new compliance issues. Don Ebanks, Managing Director and Global Head of Regulatory Advisory at Waystone comments, “although the transition to regulated status for private, or closed-end, funds in Cayman has gone fairly smoothly, it is a process that has seen significant contributions from the Government, financial regulator and private sector. These efforts are ongoing as we all work to implement and satisfy the obligations of the legislation and its related requirements”.  Ebanks works closely with other fund directors and the local regulator; he is also a member of the Executive Committee of the Cayman Islands Directors Association. 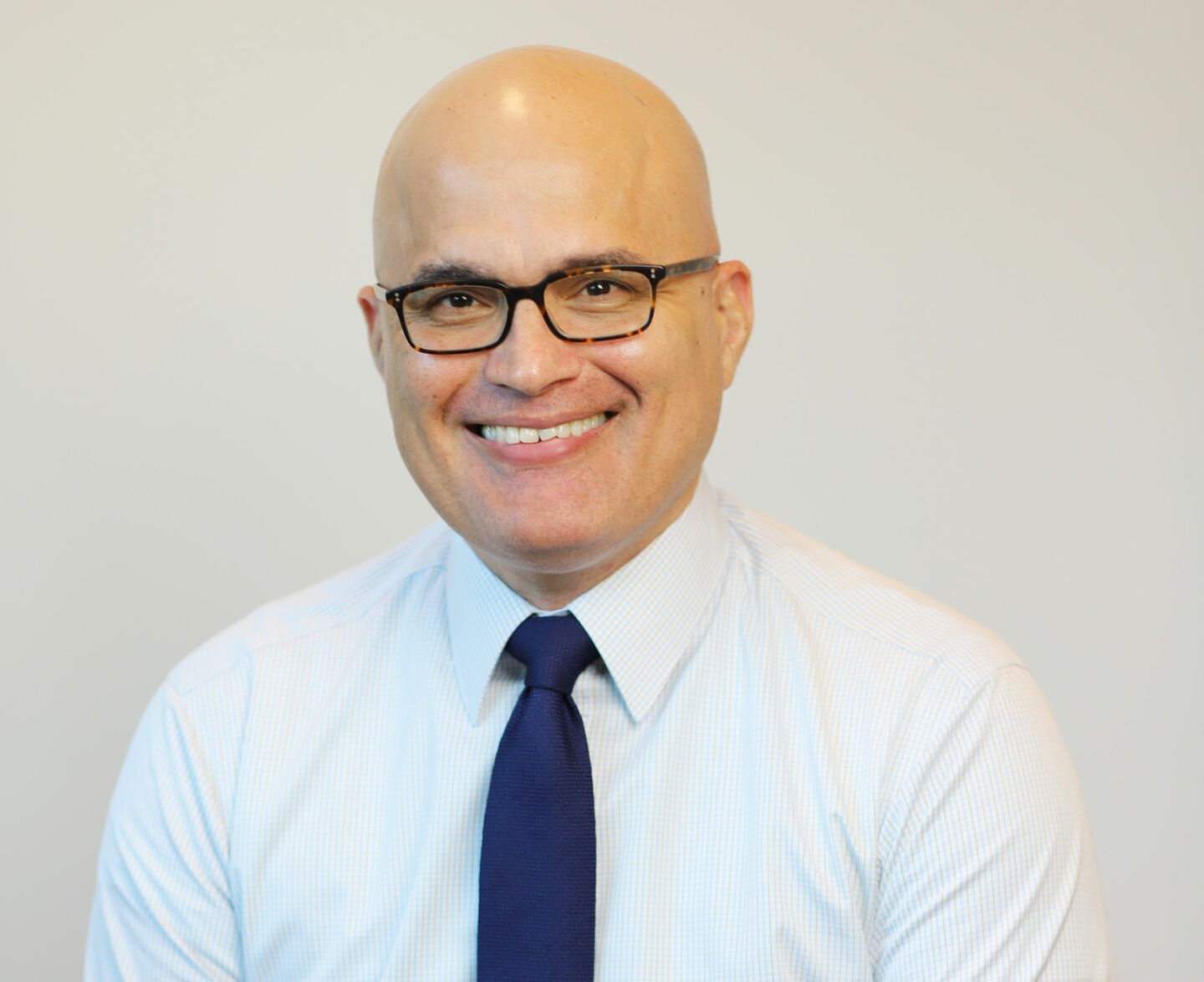 With over 20 years of experience in managing UCITS and AIFs, Waystone is able to launch funds in all major fund domiciles. Waystone’s unique approach of ‘build, support and protect’ gives clients a degree of certainty and comfort amid the strengthening of regulatory regimes.

Waystone’s team has always been at the forefront of European regulatory change and works to anticipate the associated implications, ensuring its funds achieve first mover advantage wherever possible. It has strong relationships with counterparties and service providers and an infrastructure that is flexible enough to manage the increasingly complex requirements of investor reporting.

With its proprietary, in-house risk management and risk reporting technology platform, “RiskCore”, Waystone also has the capacity to act as an independent risk manager, in full compliance with ESMA – a useful tool for smaller firms. Its features include risk oversight and includes both historical back-testing and hypothetical stress and scenario testing for metrics such as volatility, value at risk and liquidity risk.

Waystone supports managers with more than US$1 trillion of assets

Out of more than 10,000 hedge funds globally, there are now over 1,000 UCITS hedge funds. European managers were generally the early movers, but a growing number of managers in the US and Asia, are also offering UCITS feeders.

“AIFs have a much wider investment framework, including private debt strategies that are sought after by investors seeking alternative income. Property funds are also launching at an aggressive pace and private equity has been quite dynamic. Today there is a preference for Luxembourg RAIF structures, but Ireland’s new ILP vehicle should attract a lot of interest from Anglo-Saxon, North American private equity houses,” notes David Morrissey, Managing Director. 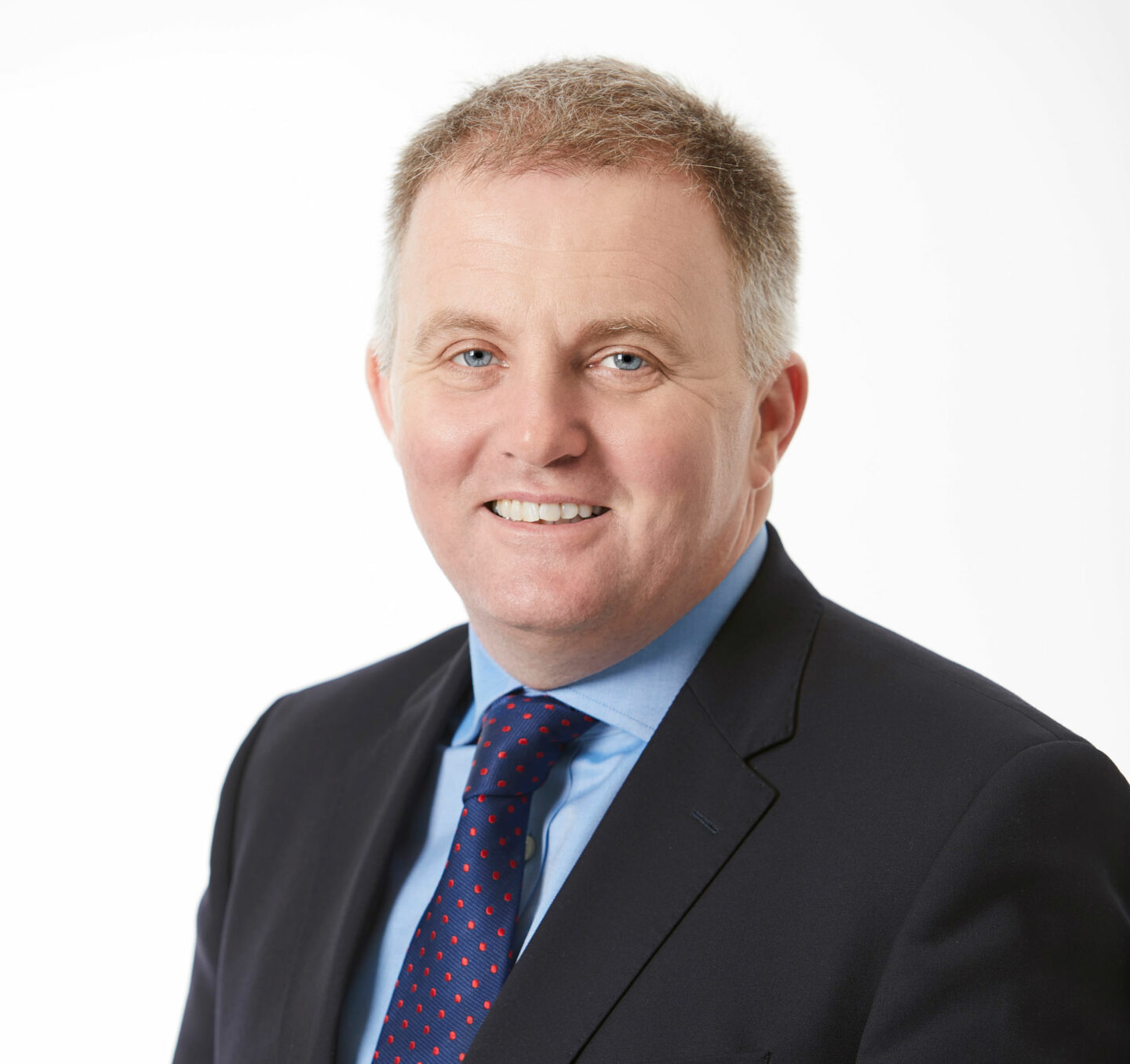 The acquisition of Host Capital in 2019, allowed Waystone to expand its European products and bespoke solutions to asset managers operating UK regulated investment funds and crucially it provided tailored solutions to assist with any concerns surrounding Brexit, a direct response to market concerns at the time.

Waystone’s ACD services are tailored to meet clients’ specific demands, they provide fund management companies with a comprehensive and high-quality level of service, working with the best suppliers in fund accounting, fund administration, transfer agency, marketing and fund distribution. Waystone is able to host, deliver and launch specifically designed investment funds such as UCITS, NURS, QIS and PAIFs, to meet the needs of investors, institutions and private clients advised by an authorised financial advisor.

While Waystone offers many tailored and dedicated solutions to fund managers, they can also take advantage of platform solutions that asset managers can ‘plug into’, whether sub-fund or stand-alone. Waystone’s hosted solutions and group pricing carry the benefit of optimising speed to market.

Existing relationships and experience working with service providers, regulators, and directors, all help to accelerate time to market. Equally, the architecture is open enough to set up structures that let managers select some or all service providers.

With Europe leading the way on ESG regulations, Waystone is working with asset managers to ascertain clients’ ESG preferences. Its ESG Steering Committee helps with ESG matters globally and is keen to help clients keep on top of the EU’s sustainable finance rules. 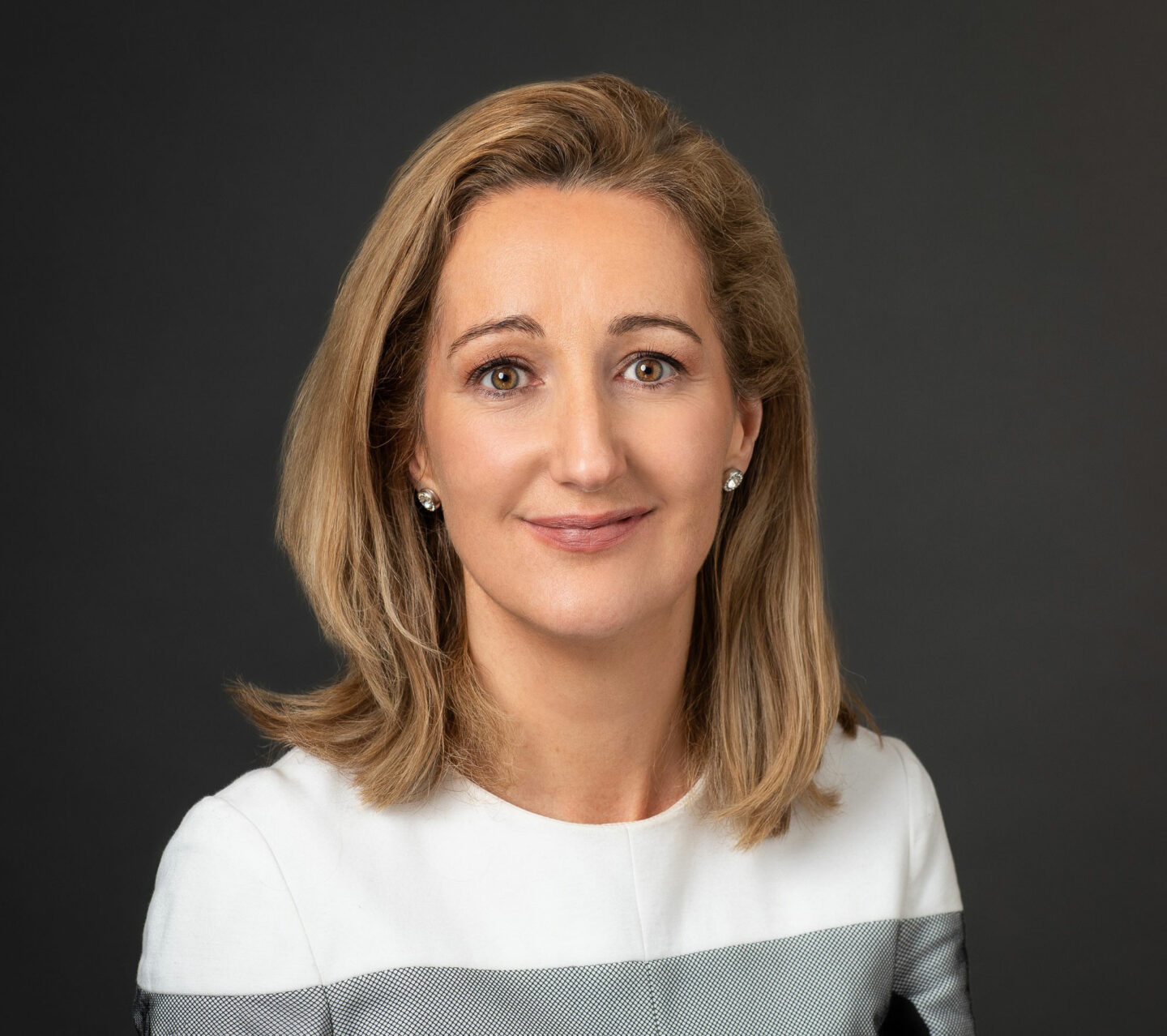 Vanora Madigan, Executive Director commented, “In order to assist investment managers with compliance, Waystone has created the ESG SFDR Compliance Portal, a simple yet effective tool that helps investment managers to understand what actions they need to take in order to remain compliant”.  By helping fund managers build ESG into their investment decisions Waystone hopes to promote the widespread adoption of ESG matters and support asset managers with the increasing demands on them to integrate ESG into their investment policies and strategies.

Waystone estimates that approximately one third of its clients have already implemented ESG factors into their investment management strategies.

Looking ahead, Waystone is well positioned for growth as it extends further into its key regions. Its comprehensive range of services and key differentiators allow it to support clients and their investors, leaving them to focus on managing their investments and raising capital. Waystone has the expertise and technology to build the investment structures and strategies required in today’s challenging environment.